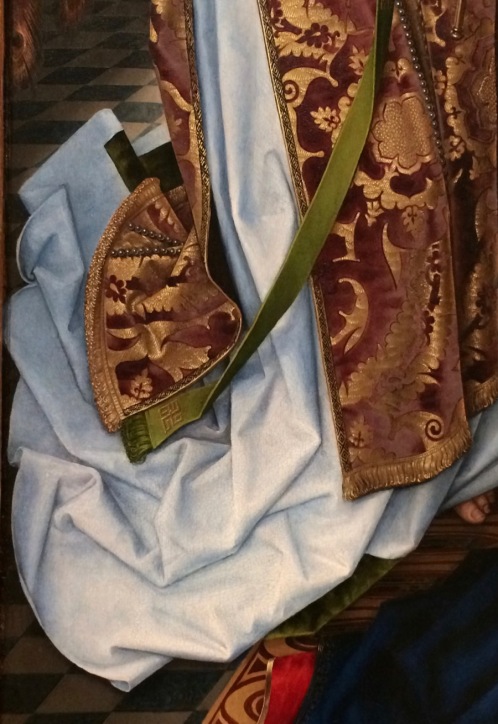 I spent most of a day at the Met during my recent trip to New York for the Explorers Club 113th Annual Dinner (I’m a Fellow of the Club). I’m working on an idea for a painting that involves drapery folds, something I haven’t done much since art school. I realized that I had a golden opportunity to learn from the best by taking drapery detail shots that I can study and, if I want, do studies from. I also did a few sketches, but it was Saturday and I couldn’t stand too long in front of anything. It was really interesting to focus on one pictorial element and see how different artists of the past solved the problem. Here are some examples. I’ve identified the painting and the artist. You can see the entire work on the Met site. I’d also like to note that the Met recently digitized and made available for use without restriction images of over 400,000 works in their collections.

(Photos taken with a iPhone 5S, which did a pretty good job all in all) 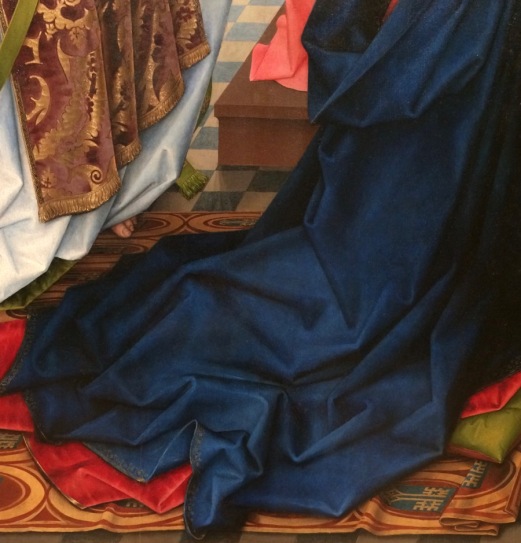 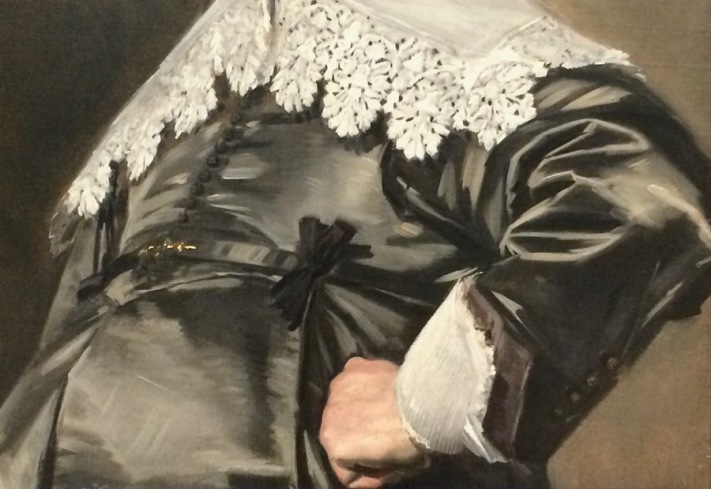 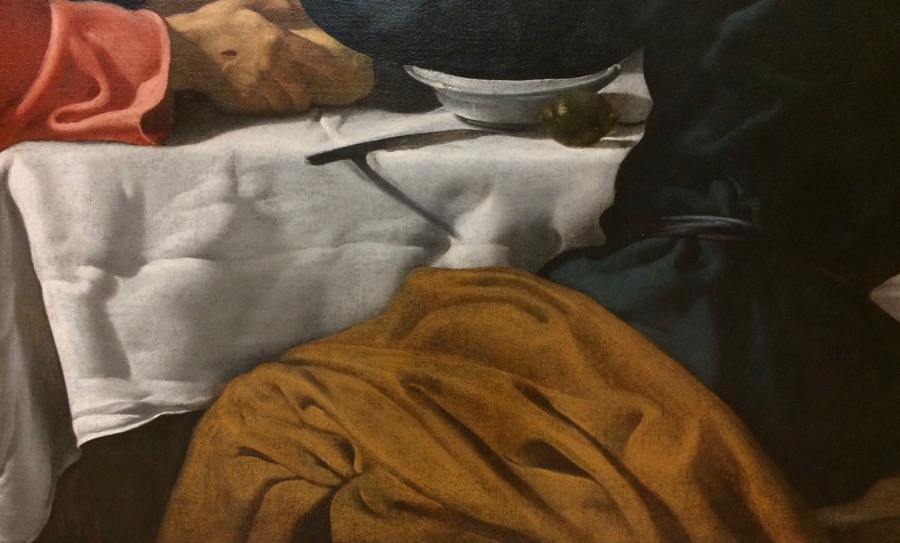 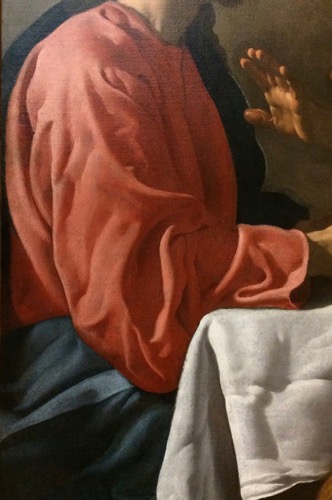 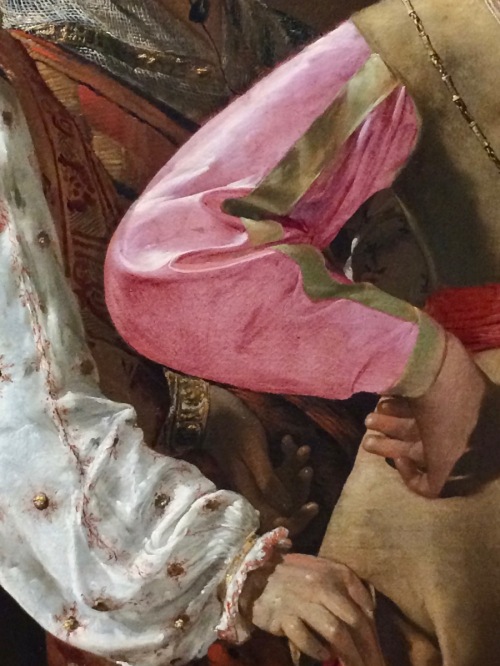 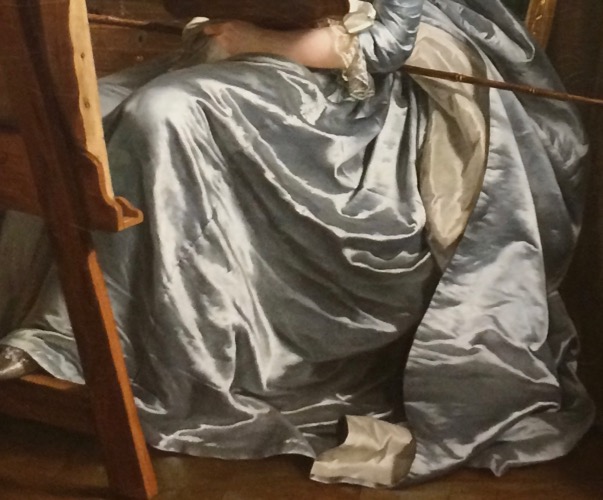 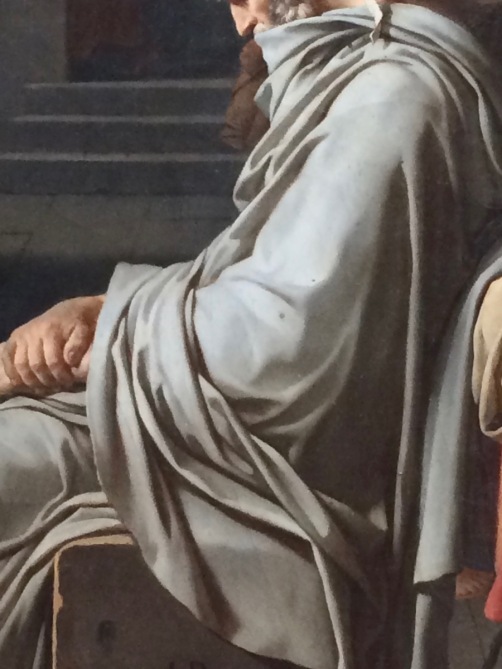 “The Death of Socrates” by Jacques Louis David, 1787, oil on canvas 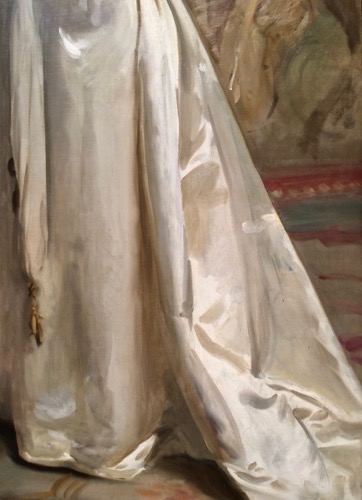 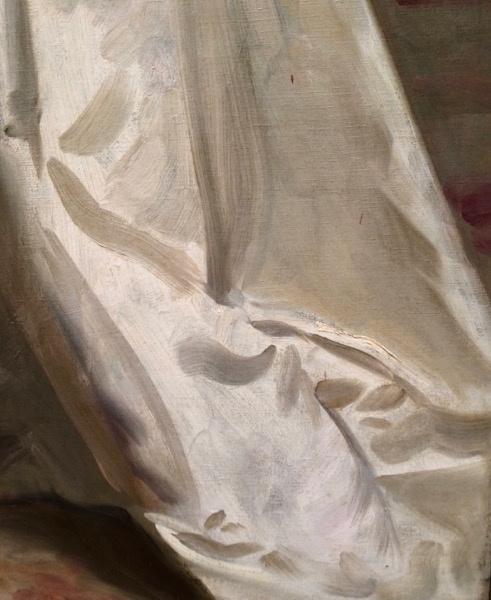 Detail- the dark areas are single strokes put over the lighter areas; just kill me now 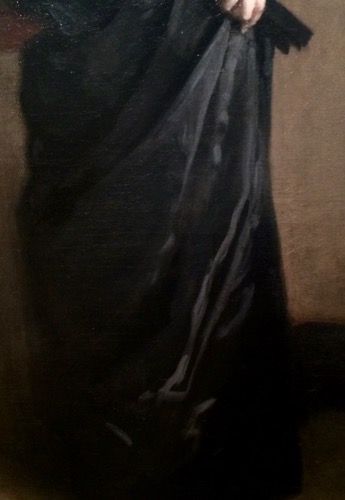 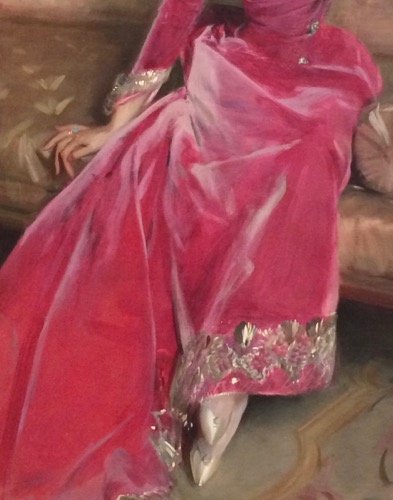 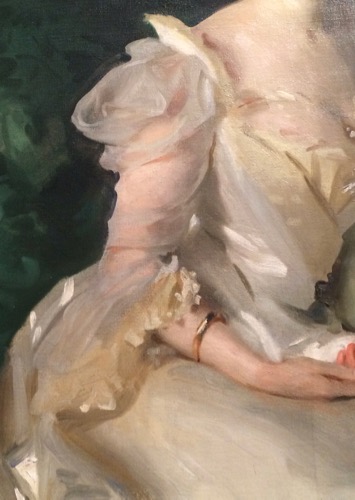 “The Wyndham Sisters…” by John Singer Sargent, 1899, oil on canvas 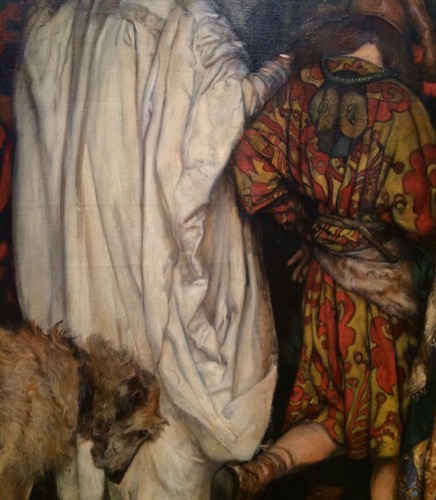