Gaullimauphry Friday: Out And Around in New York

I flew into New York on Wednesday to attend the 113th Annual Explorers Club Annual Dinner (I’ve been a Fellow of the Club since 2014). Tonight is the opening reception at the Club headquarters. Tomorrow night will be the dinner, which will be held on Ellis Island. Noted polar explorer Sir Ranulph Fiennes will be the keynote speaker. The Master of Ceremonies will be joined onstage for the opening of the event by legendary actor Robert de Niro. So it’s going to be quite an evening.

In the meantime, yesterday I went to the Museum of Modern Art and walked around Central Park. It was pretty nippy, but sunny.

My main mission was to see the original of van Gogh’s “The Starry Night”, which has been one of my favorite works of art since I was a child. It’s smaller than I expected, but absolutely wonderful. I only had my iPhone with me but it did quite well.

One of the major differences between seeing an original instead of a print is being able to see the dimensionality of the paint as the artist has applied it. You can see some of that in the detail photo above. 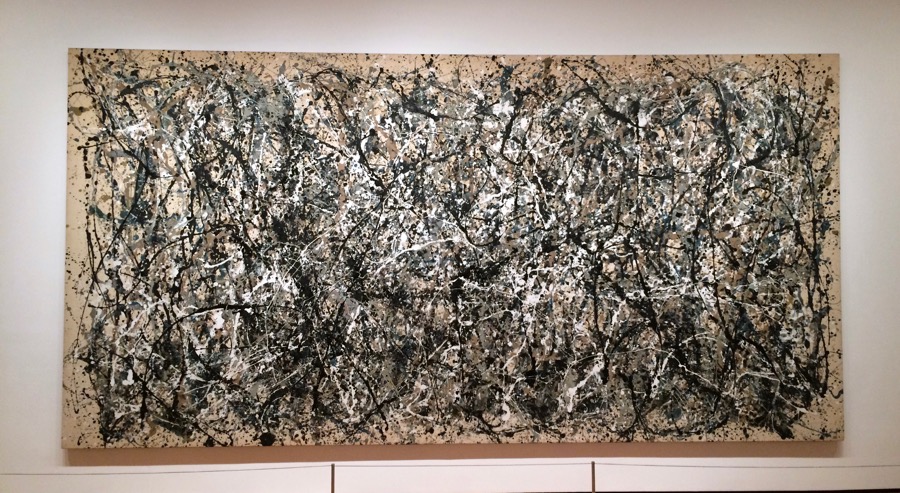 Another favorite artist is Jackson Pollock. The museum had one of his large pieces on display, “One: Number 31″ and it also really must be seen in person to appreciate it, if only for the scale. It’s 8’10″x 17′ 5 5/8”. I was able to get pretty close to it, enough to see the layering, and how thin or thick the paint was. Interestingly, it appears that, at least in this one, he mostly followed a very traditional approach of working “lean to fat”….from thin to thick. To many people it just looks like a bunch of random drips so, really, what was the point?  But the method is clear when you’re in front of the painting itself. He started with some kind of basic idea and color scheme and then built on it, but also let “happy accidents” occur that he could build on and add to. The result is a tremendous visual rhythm that works whether you’re looking at the whole thing or just a detail. It could be cut (perish the thought) into twelve pieces and every single one would stand alone as a work of art.

I also liked this work by Franz Klein, probably because I did calligraphy with both pen and brush for many years. 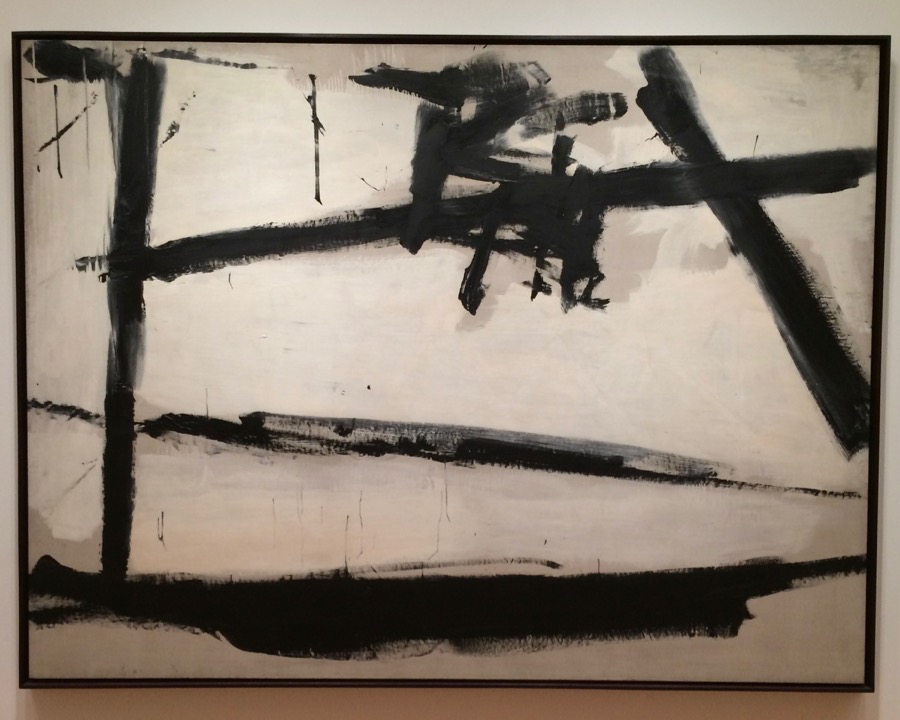 And this one by Mark Rothko. Some of you who know my work might be wondering why I like and am posting abstract work, which is held in contempt by many representational artists. Maybe it’s because I was a graphic designer for many years, so I like and appreciate non-representational work that is pure design in which the subject is the paint on the surface, not a picture “of something”. 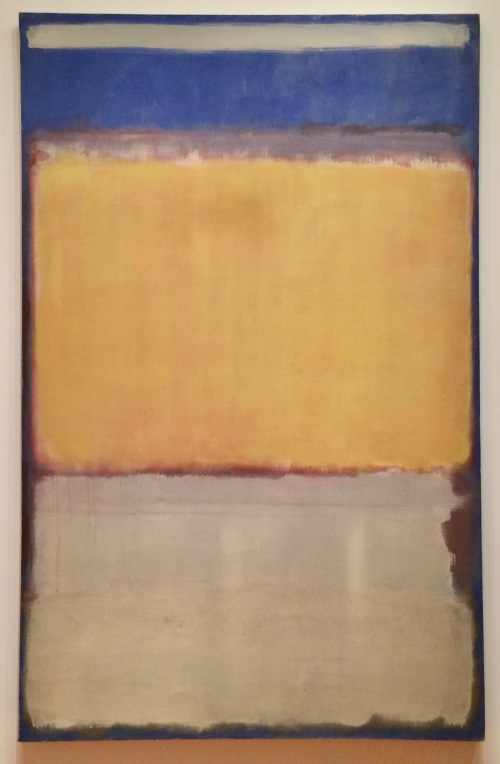 The usual comment is often along the lines of “What’s the big deal? I could do that.” Well, maybe you could, but you didn’t. Rothko did. There’s also a thread of envy and resentment among some artists because apparently “simple” paintings like this are assumed not to have taken long but have brought fame and fortune to the artist, which somehow doesn’t seem fair. Yet, one of the things I’ve learned over the years is that simpicity is what is hard, not detail. There’s nothing wrong with either, of course, if it’s what the artist needs to do to express their vision. That’s the most important thing.

And then there’s Monet. I’ve seen his water lily paintings in other museums, but this is by far the largest. My biggest painting to this point is 36×48″ and that was a fair amount of real estate to cover. These three panels together measure 6′ 6 3/4″ x 41′ 10 3/4″. Forty-one feet long….

Here are a couple of detail photos:

And moving in a little closer:

Even closer and any sense of a subject would disappear into abstract brushwork. All good paintings have a solid abstract structure underneath to hold them together. The structure is the subject, along with paint color, texture and shape, in non-representational painting.

Abstract shapes and designs can be found in the real world if you learn how to look for them.

Vertical trees, sun and shadow on the snow. This could be turned into an interesting abstract design of shapes and colors.

After I left the museum I walked around Central Park a bit and then south towards Times Square. On the way to the park, I stopped in the middle of a crosswalk because I just had to get a shot of this reflection.

Times Square is just ahead. I’d kind of run out of gas at this point, so stopped here and got a pretty typical New York street scene, complete with taxi cabs, before I headed back to the hotel. 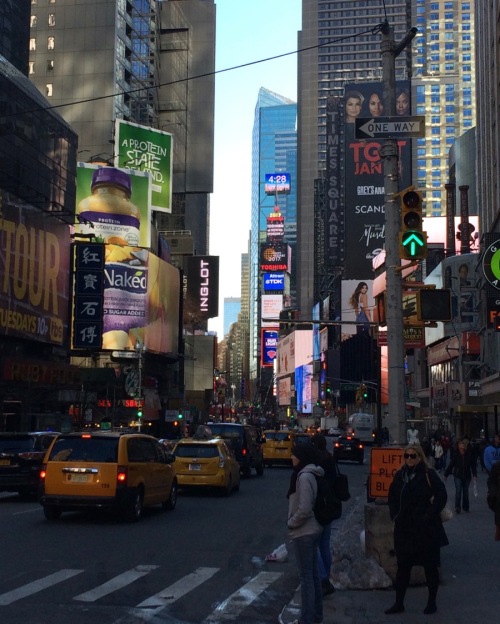 And finally, how could I not like having this view from my window…