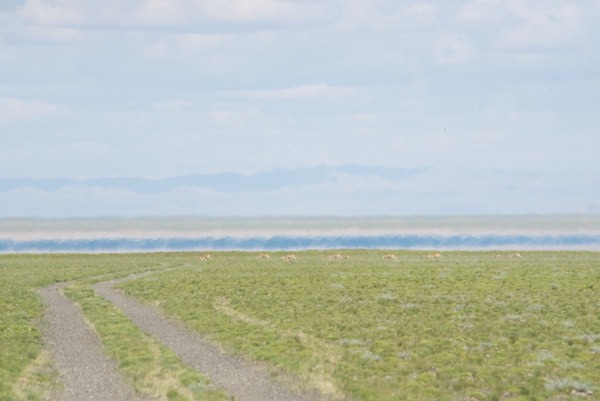 We finished our shopping in Chandmani, had lunch and headed east back to Dorgon Nuur. On the way, the “saiga show” started again, with at least three groups crossing our path as they headed north. As always they were too far away for good photos but some […]

I loved our hidden campsite in the birch grove. I did as many sketches and watercolors as I could since I have no idea if I’ll ever be at that place again. Here’s a two-page set of drawings from my journal. And here’s one of the watercolors I […]

It was time for the Expedition to try to see critically endangered saiga antelope (Saiga tartarica mongolica). I had been told that they could be found in an area in Khar Us Nuur National Park between Khar Us Nuur and Dorgon Nuur and also to the south. That’s […]

After our relaxing break on the shores of Khar Nuur, we headed south along the east side of the lake to the beginning of the channel that joined it to Dorgon Nuur. What is interesting about all this is that Khar Nuur is a freshwater lake and Dorgon […]

This post won’t show any great sights. Some of that is coming up. But it does give an idea of what travel between destinations is like, what’s out there along the road is interesting in its own way and almost always things that most visitors either don’t see […]

Before I left Ulaanbaatar on the Expedition arrangements had been made for me to go to Khomyn Tal for three specific days…in on one day and out on another. I left Hovd with the driver/cook and guide on July 27 for the long run east. It took around […]

The first leg of the Expedition ended in Hovd at midnight. But a hotel room was waiting for us and the hot shower was great. The next day Turuu, the Mongol student/artist who was participating in the first two weeks of the Expedition, and I, met with the […] 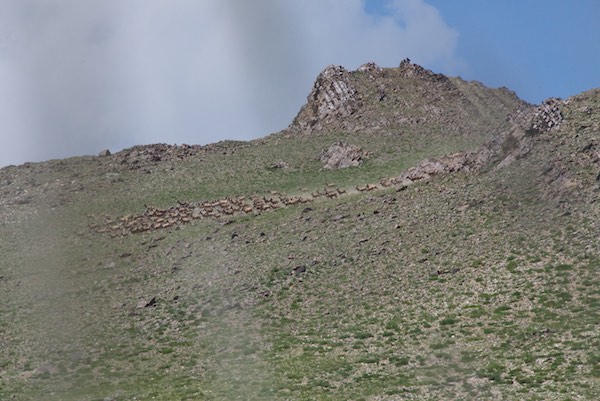 The 2015 WildArt Mongolia Expedition, which had the honor of carrying Explorers Club Flag 179, began when I got up at 3:45 am on July 16 for the drive to the airport. We picked up the Mongol student/artist, Turuu, who was going with me for the first two […]

At Khomyn Tal with takhi in the background I arrived back home a week ago and have been resting and catching up after seven wonderful (as always) weeks in Mongolia. I’ll be blogging the whole trip in multiple parts as I have past trips, but wanted to start […]

I’m back in Ulaanbaatar, tired after three weeks in the field (resting today at a comfortable hotel, the Bayangol) but very, very pleased with the Expedition and its results. There will be a series of posts on all aspects of the 3rd WildArt Mongolia Expedition once I’m home, […]