The WildArt Mongolia Expedition, Part 7: A Vegetable Garden In The Gobi

Off to see vegetables growing in the Gobi!

Batmaa, one of our drivers, who grew up in Gobi Altai Aimag, asked if we were interested in visiting a vegetable garden. I had heard on a previous trip that it was well-known that the sweetest vegetables grown in Mongolia came from from the Gobi. This might be my only chance to see something that, to say the least, is not associated with one of the world’s most famous deserts, so the answer was absolutely “Yes!”.

We turned back to the west and drove through an area where there were no gers, no people. Until this line of trees came into view. 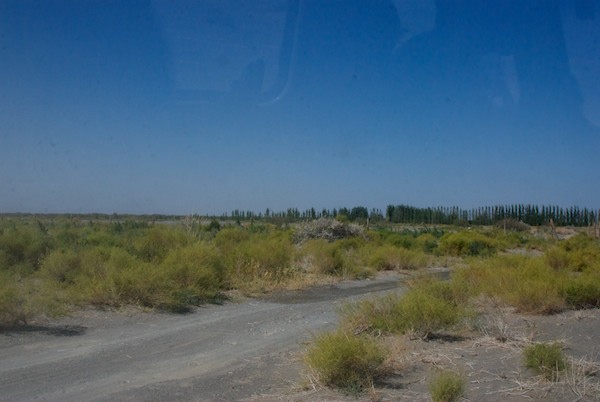 A windbreak. (I was shooting through the windshield of the van, hence the reflections)

Then we saw this odd thing…and realized it had water pouring out of it.

An amazing sight in the deep Gobi….water. It turns out that there is a lot of water not far below the surface in many areas like this one. This was one of three spots where water was being brought to the surface to form ponds. We all grabbed scarves or handkerchiefs, soaked them and wrung them out on our faces and heads. It was so refreshing!

The vegetable garden covered a LOT of ground.

As a nice touch, a small flock of demoiselle cranes flew over.

Not sure what these are, but I think they’re cabbages. 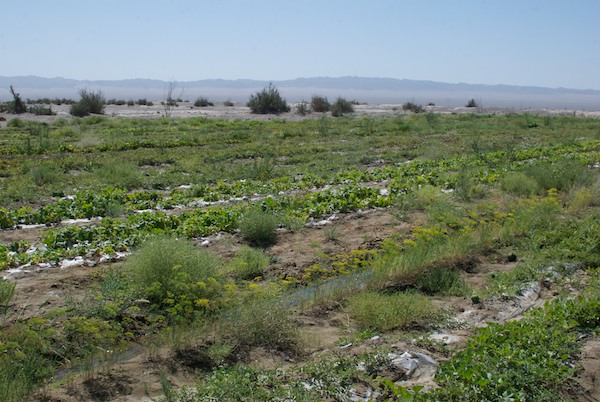 It was hard to get a shot that really showed how big this garden is. It goes all the way to the light-colored areas in the distance and extends to my right and behind me. 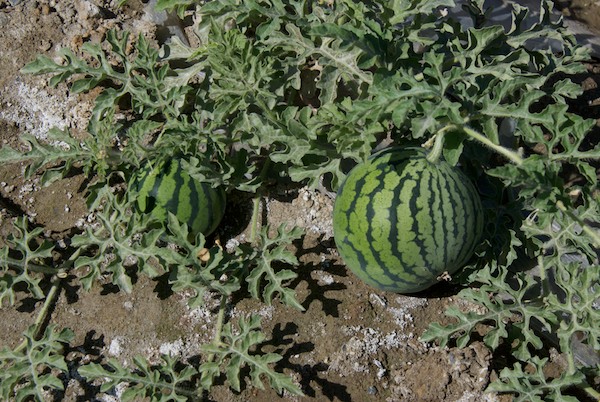 But this was the big treat…watermelons! We bought some to take with us and they were the best I’ve ever had.

There were also many rows of cucumbers. So the owners were successfully growing at least two very water intensive crops in one of the driest places in the world. 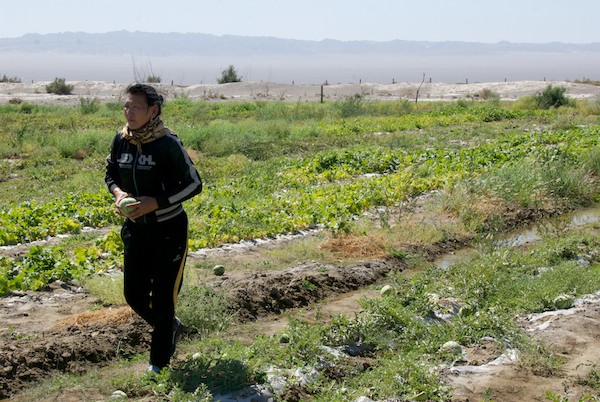 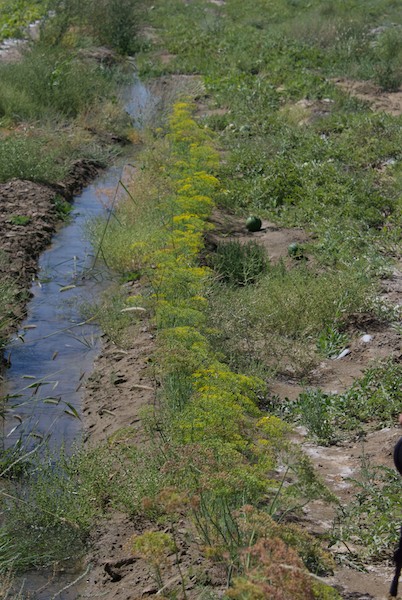 Between all the rows were these small irrigation ditches. Herbs like this dill were also being grown.

A last look back towards the vans with the Gobi Altai Mountains in the distance.

The owners live on-site in this ger.

Now it was on to the farthest point we would go in the west…Takhiin Tal.