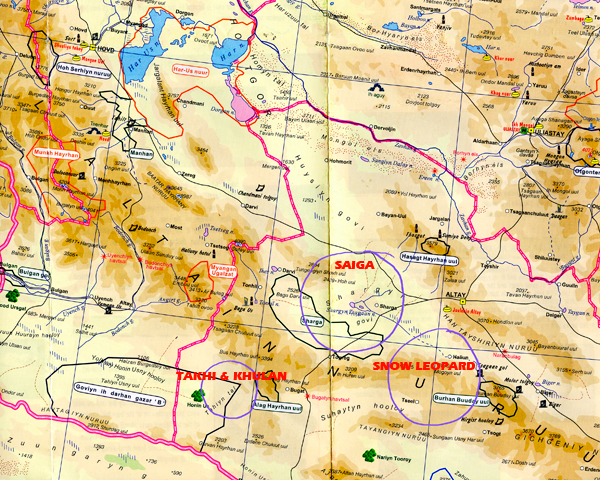 Takhiin Tal is part of the Great Gobi B Strictly Protected Area. It is to the west of Great Gobi A, which is larger and even more remote from people and towns.

It is also part of the Dzungarian Gobi, where the last takhi/Przewalski’s horse was seen in the wild in 1969, a lone stallion at a waterhole. And it is one of the three destinations that the WildArt Mongolia Expedition will be exploring.

Great Gobi B encompasses 9000 sq. kilometers, almost 3500 sq. miles. As has been true for centuries, local herders, around 100 families with about 60,000 head of livestock, use the area to graze their animals, mostly in the winter and during their spring and fall migrations. 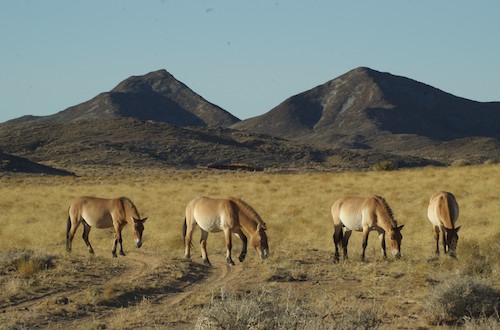 Khomiin Tal takhi, September 2006;  These horses were photographed at the third release site, which is some distance to the north.

Takiin Tal was also the first of the three takhi release sites in Mongolia. The first horses arrived from Germany in 1992 through the efforts of Christian Oswald, a German businessman, and the Mongolian government. The organization he founded, ITG or the International Takhi Group, is involved there to this day, working to conserve and increase the population of the world’s only surviving species of true wild horse.

Besides takhi, the Expedition also hopes to see another endangered equid, the khulan/Mongolian wild ass, along with a variety of birds and smaller mammals.