When traveling in Mongolia, one often sees the herders out taking care of their animals. Often they’re wearing western clothes, but a lot of them wear del, the traditional long garment. It’s very practical and makes them look very dashing. What isn’t quite so dashing are the ubiquitous baseball caps, however inexpensive and practical they are. So when I was at a mountain blessing ceremony at Bag Gazriin Chuluu and was walking around after the horse race, this gentleman really stood out with his red and yellow hat. I have no idea who he was, but he was scraping sweat off one of the horses with a special blunt, flat blade. I believe the sweat from a winning horse is considered to have the strength of that horse in it and so is very auspicious. The blue scarf is a khadak, which is used for offerings.

Here’s the step-by-step for “After the Race; Scraping Sweat: 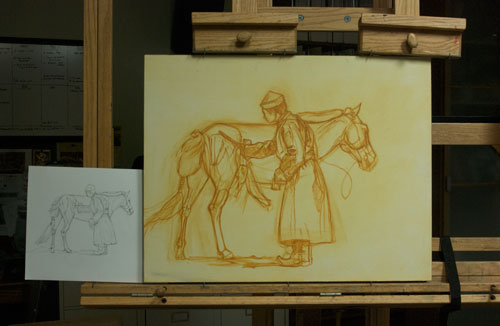 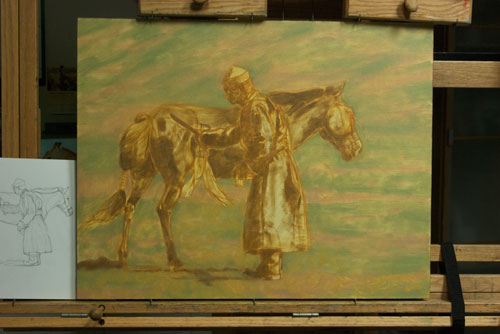 First pass of all-over color, plus shadow shapes; notice background goes in opposite direction of horse 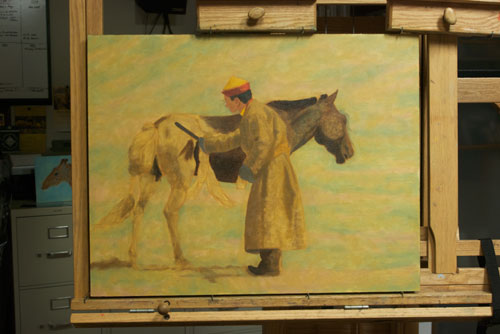 Next color pass; starting to define the drapery of the del 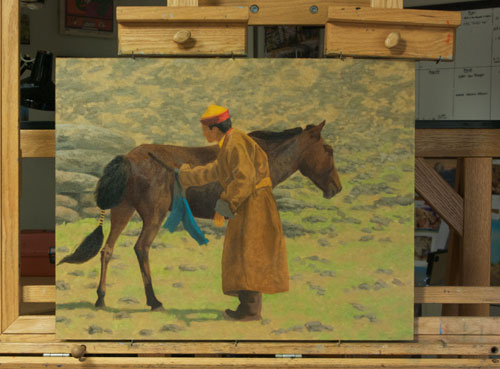 Needed another element in background, so I added the rocks in mid-ground on the left to anchor horse and man 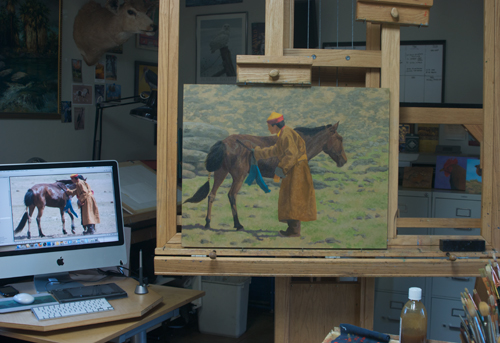 One of the two main pieces of reference on the iMac; I like his gesture in this one but needed another for the horse's head; there was a third reference shot for the background 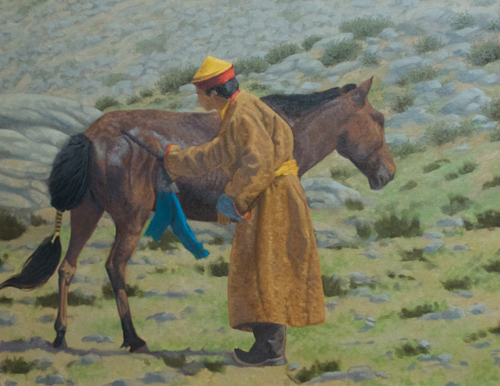 All elements in place; everything is staged for the final push; spent yesterday finishing the background and making lots of tweaks and corrections to the horse; notice that the background has now been divided into two planes for more visual interest 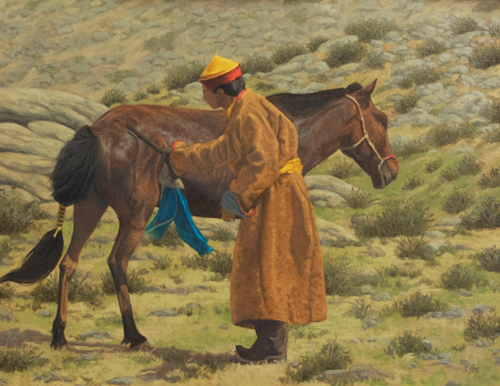 After the Race; Scraping Sweat 22x28" oil on canvasboard