I’m currently working on a large painting that is the most complex one I’ve done yet. I’ll post it when it’s finished. But, in the meantime, I’ve kind of taken a break from it on and off to do something simpler and more straightforward, a head study of a takhi stallion I saw at Hustai National Park in 2006. I had a reference shot that I liked because of the shadow pattern, but as you’ll see there were adjustments that had to be made for it to work as a painting. I hope this step-by-step illustrates how important it is to not, as they told us in art school, get “married to your reference”. 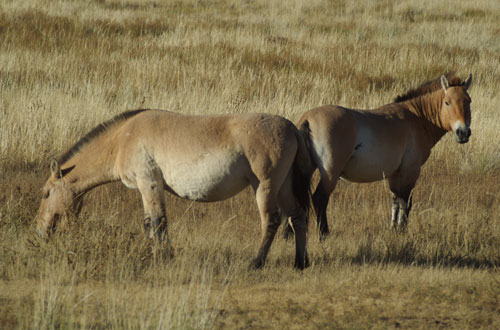 My subject is on the right. A stallion keeping an eye on his mares on a sunny fall day. 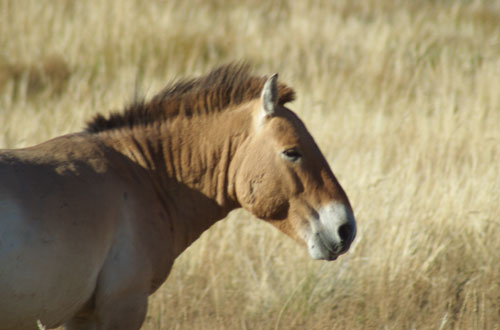 The reference photo. It's a little out of focus, but, hey, I'm an artist. 🙂 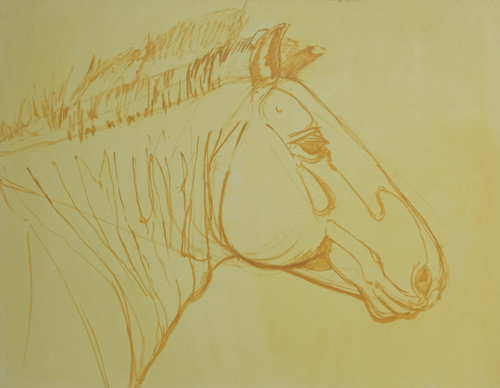 When it's a simple subject like a head study, I dive right in with a brush drawing. Notice that I'm looking for basic shapes, not detail. 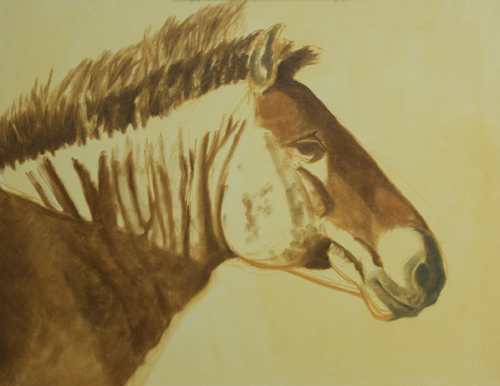 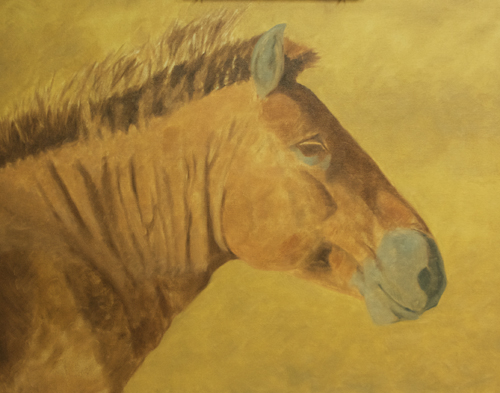 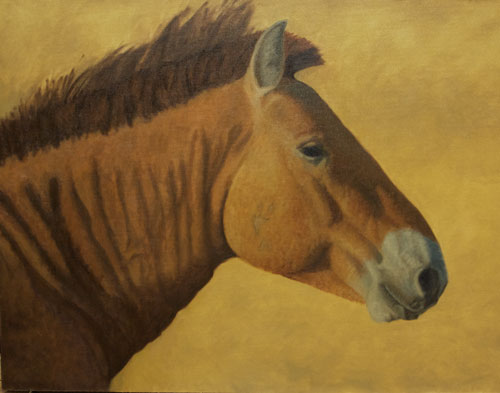 About mid-way through. The stage is set for the fun part. Head is almost done and it's time to do the neck, ear and mane. I worked those folds for most of yesterday afternoon. They had to read correctly, but not stand out too much. Notice that by this point I've ditched the hard cast shadow because it was too visually distracting. I want viewers to look at his head, not his neck. I worked the boundary of the shadow until I got what I wanted, keeping the edge soft. 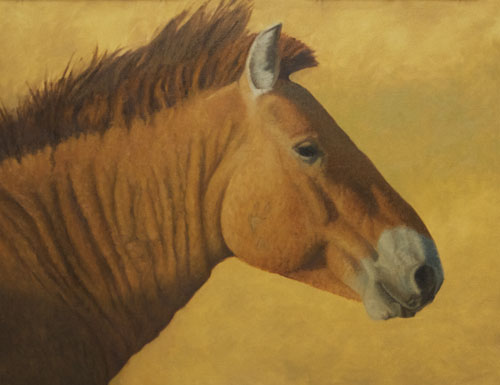 The horse is done. Now I've started to put in a second color on the background. Not sure where I was going to go with it, but ended up liking it enough that I made it the final color. I liked the complementary color relationship between the reddish horse and the greenish background. 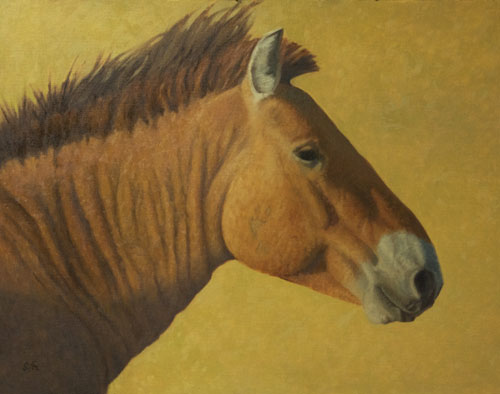