My first painting of 2015! I spent four wonderful days at Delger Camp, a ger camp I booked through Nomadic Journeys, this last trip to Mongolia. I’d seen the camp and area a couple of times. The 2013 WildArt Mongolia Expedition stayed there on its last night out, […] 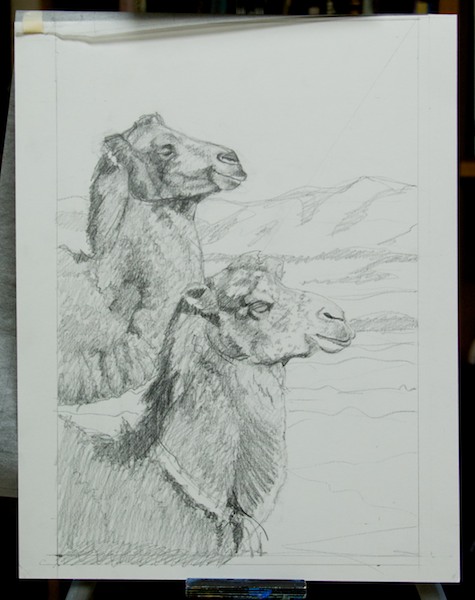 I’ve seen these camels a number of times now at a ger camp that I stay at, Arburd Sands. Nowhere else in my travels in Mongolia since 2005 have I ever seen one with a white face like this. He’s big, too. His legs have the same kind […]

I’ve been working on some smaller pieces of domestic Mongol animals, just focusing on my subject and not worrying about a background other than colors. I loved the gesture of this Mongol horse foal who is finally gaining the coordination needed to raise one leg to scratch an […]

These two takhi/Przewalski’s horses were part of a harem of eight that I watched and photographed for quite awhile at Hustai National Park last September. This “grooming” behavior is as much about social connection and relationship reinforcement as it is about any actual grooming. The harem stallion is on […] 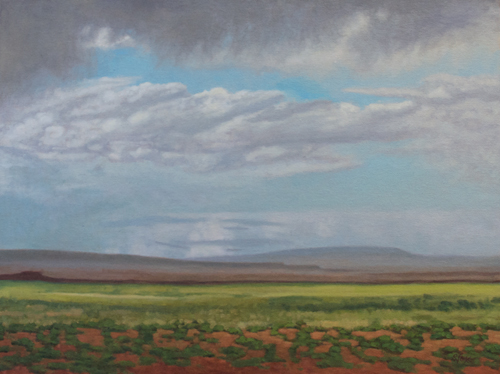 These two Mongol horses were part of a large herd that I saw at Gun-Galuut Nature Reserve in August of 2011. The mosquitos were pretty bad, so they were spending the day standing  in a large shallow pond surrounded by a wetland area. Although it is a nature […]

I went to Ikh Nartiin Chuluu Nature Reserve last year with a plan to focus on getting good, paintable Siberian ibex reference. Boy, did that ever work out. On three out of four mornings, I shot over 1000 photos and watched ibex for at least five hours. They […]

I was watching, sketching and photographing a group of ibex near this instantly recognizable rock formation at the west end of the valley where the research camp is located at Ikh Nartiin Chuluu Nature Reserve. Suddenly a raven landed on top of the rock and stayed for quite […] 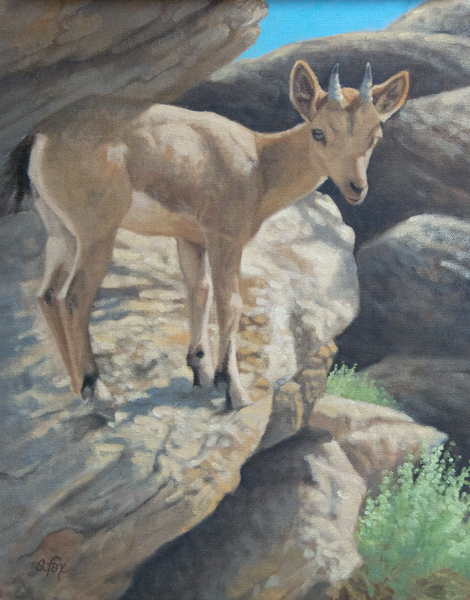 I got hundreds of great photos of ibex at Ikh Nart last year. I’ve done some drawings to familiarize myself with what they look like and how they are put together. You can see those here. This is the first painting I’ve finished, a 12×9″ of a kid […]

The cashmere goats of Mongolia come in all sizes, colors and horn styles, but the super-soft undercoat wool from which the world’s finest cashmere is made is always the same neutral color. This handsome billy was one of a large herd I spotted from the ger camp at […] 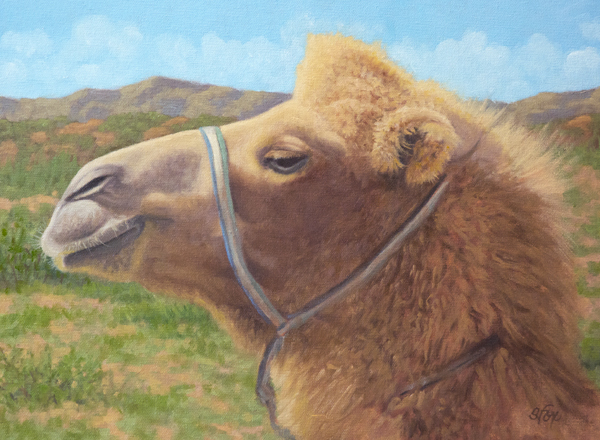 I spent most of a morning this past August sketching and photographing a herd of domestic bactrian camels who had wandered near the Arburd Sands ger camp where I was staying. I remembered this white female because she was the subject of one of my first camel paintings […]