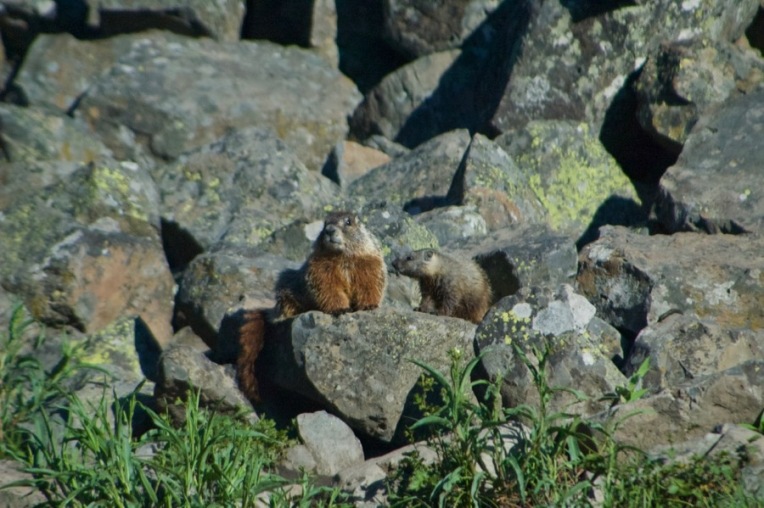 In June of 2005, I spent some time in Yellowstone National Park, doing what most visitors do….driving around wildlife spotting. On this day I’d gotten going fairly early in the morning so when I pulled into the parking area at Sheepeater’s Cliff, I had it all to myself, at least as far as other humans.

I got out of the car with my camera and had started to walk towards the basalt cliff formation when I saw movement. A yellow-bellied marmot! I hadn’t seen one in the park before, much less been able to get good photos. And not just one, but three! A mother with her kits. All I had to do was slowly sit down and watch the show. Here are some of my favorite shots from that special morning. 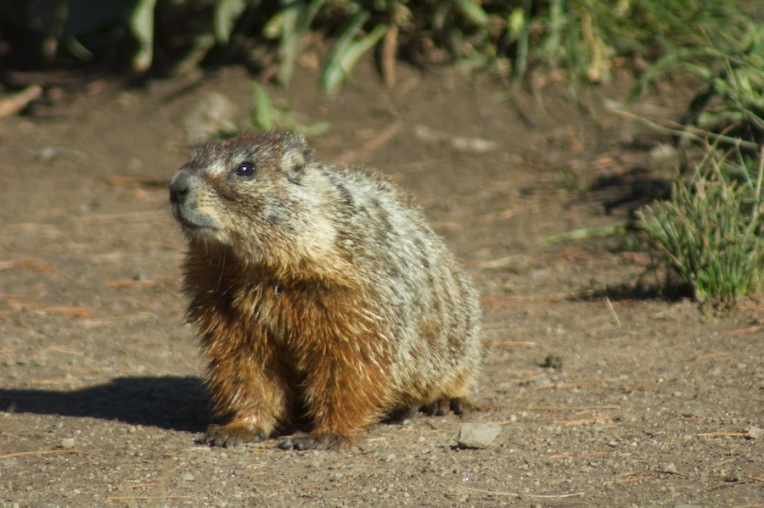 The youngsters started to play and they were a riot! I was in plain sight but they just carried on as if I wasn’t there.

They heard something and ran back up to mom.

But almost immediately started up again.

Back to the ground for a wrestling match.

Back up onto the rocks and a little tidying up. 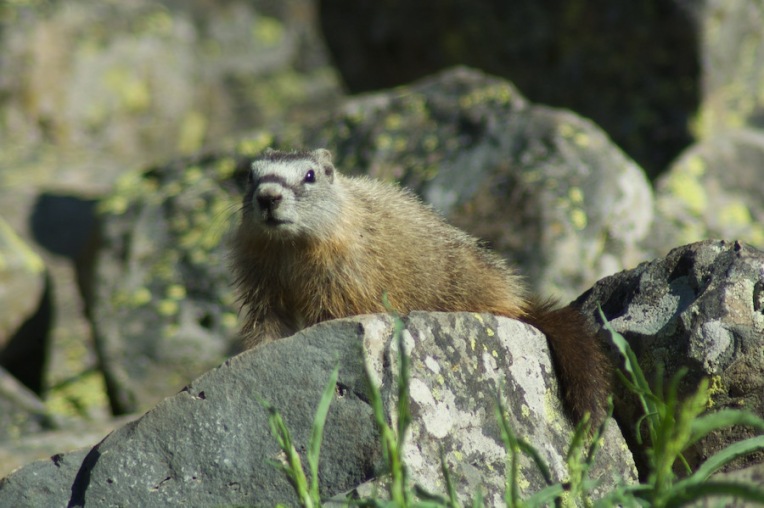 This is when you mentally say “Thank you” to your model.

Back down to the ground and time for some King of the Rock.

Then I heard a car pull in behind me. Fair enough. Heard a door close and footsteps. And some guy walks straight past me towards the marmots with a dinky point and shoot camera. And in an instant they were all gone into the rocks, leaving the guy standing there apparently too dumb or uninformed to realize what he’d done. Needless to say I was pretty irritated at him for interrupting and scaring them off because he couldn’t keep his distance and didn’t take a cue from what I was doing.  But at least I’d already gotten a bunch of great photos.

The rule of thumb in watching any wild animal is that if you do anything to alter its behavior you’re too close. Period. Non-negotiable. We can come and go as we please. The places where people see wildlife are the only homes they have and it and they need to be respected. I understand the temptation to want to get close, but anyone who has done any amount of animal watching knows about “the one step too many”. Please don’t take it.

The reward for patience and stillness…