I am truly honored and excited to announce that the Mongolian Bankhar Dog Project will now be a featured conservation organization for this year’s WildArt Mongolia Expedition! Accompanying the announcement are photos I’ve taken of bankhar over the years. 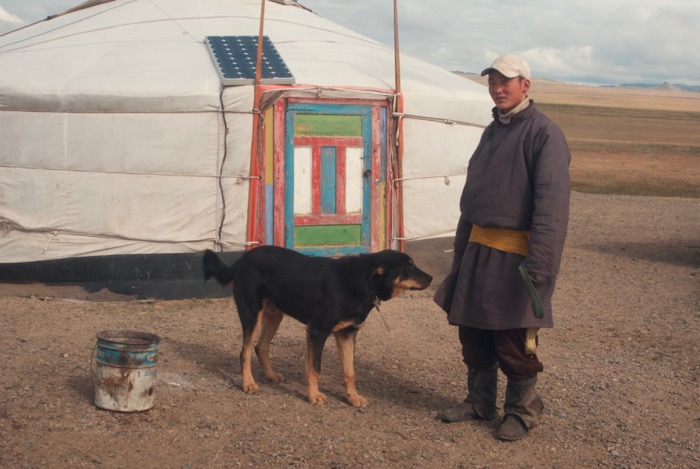 To quote from their mission statement: “The Mongolian Bankhar Dog Project is a 501(c)3 nonprofit organization whose mission is to help slow down and reverse the desertification of the Mongolian Grassland Steppes, and to preserve and protect traditional Mongolian culture. We strive toward these goals by resuscitating the traditional use of the livestock guardian dog known as the ‘Bankhar dog’.”

“Lethal predator control (shooting, trapping, poison) and retribution killings of predators are major threats to predator populations in Mongolia. The use of the Livestock Protection Dog has been shown to reduce predation on domestic livestock by 80-100%, eliminating the need for lethal predator control and allowing predators to target natural prey species instead of domestic ones.”

The predators in question are snow leopards and wolves. Desertification means the the herders must move their animals to higher elevations, into snow leopard territory, with the risk that entails. Wolves have always preyed on domestic animals, but environmental degradation has contributed to decreasing populations of wild prey species such as the gazelles, which has in turn increased their predation on livestock. Add climate change, which is resulting in unstable and more severe weather, and the struggle for herder families to survive, much less thrive, has become increasingly difficult. Yet the Mongols have always felt themselves to be a part of nature and believe that wildlife, including predators, has as much right to live as they do, a dramatic contrast with attitudes one often encounters in the US. 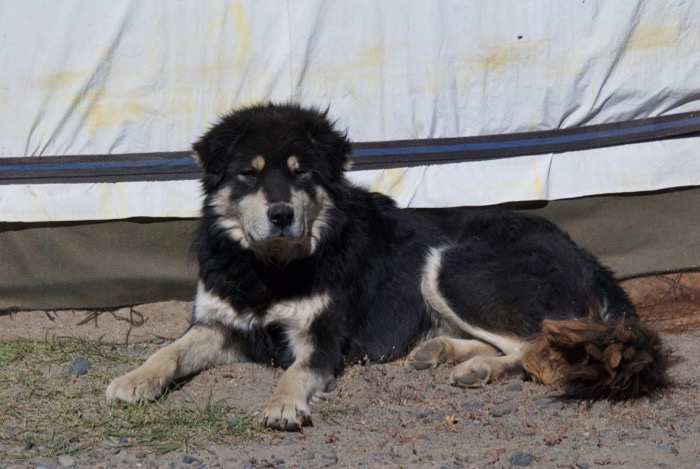 The Mongolian Bankhar Dog Project addresses all these issues, but of particular interest to me is how the program reduces the killing of the endangered snow leopard and also wolves, who seem to be holding their own and who play an important role in Mongol culture since the Mongols believe that they are descended from a blue wolf and a doe.

The herders have always had general-purpose guardian dogs. The difference is that, as is done in a number of other countries, the program’s puppies are bonded with the livestock from the earliest age and, once placed, stay with the sheep and goats 24/7. Even though the project is still relatively new, it has already been proven to work. The herders don’t lose animals and the predators, a critical part of a healthy ecosystem, survive. 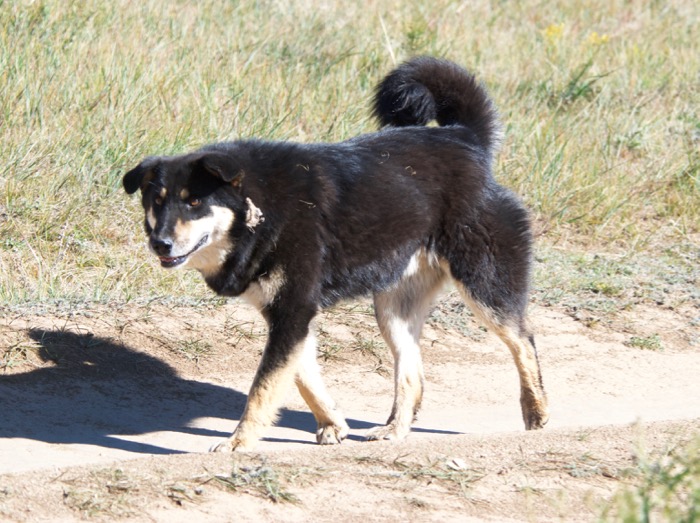 Our last stop on the Expedition will be near Hustai National Park (one of the three takhi/Przewalski’s horse reintroduction sites in the country), where local herder families have “adopted” puppies bred by the project. We will meet with them, learn about their lives, experiences and the place of wolves in Mongol culture, reporting back what they have to say. We’ll also meet with project staff and learn first-hand about what I believe to be a very important conservation initiative, one that I’ve had the pleasure of being in contact with from the beginning.

You can learn more about the Mongolian Bankhar Dog Project here.