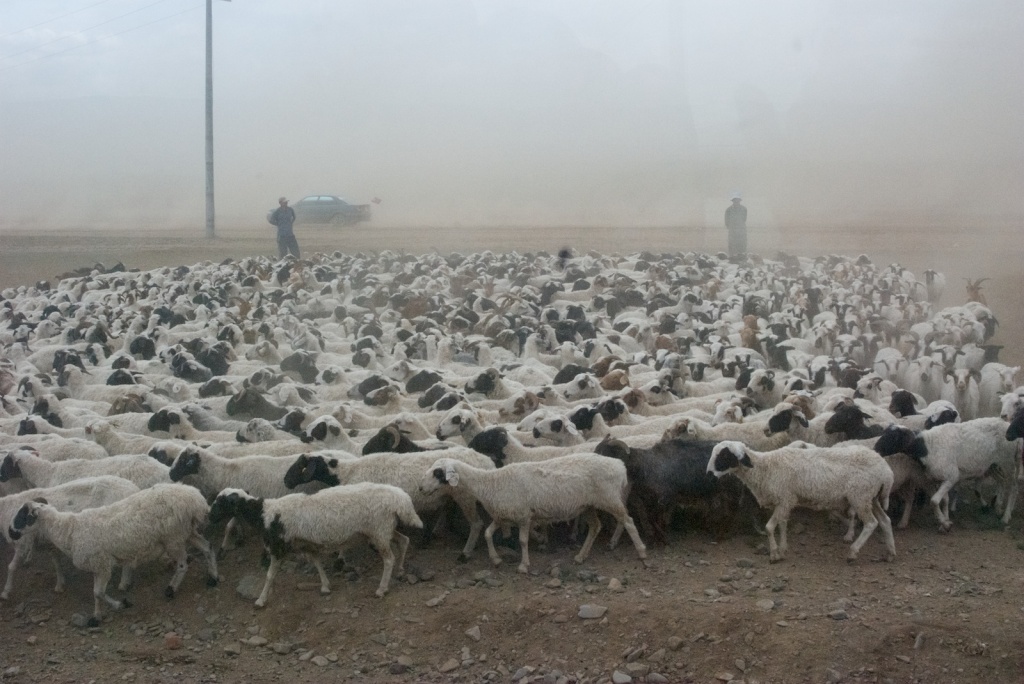 Sheep for sale by the road during the National Naadam, 2009

This excerpt is taken from “The Desert Road to Turkestan” by Owen Lattimore, published in 1929. It is his incredible account of traveling with a camel caravan from a point west of Beijing to Urumchi in present-day Xinjiang, far western China. Highly recommended and on my short list of Best Travel Books Ever. 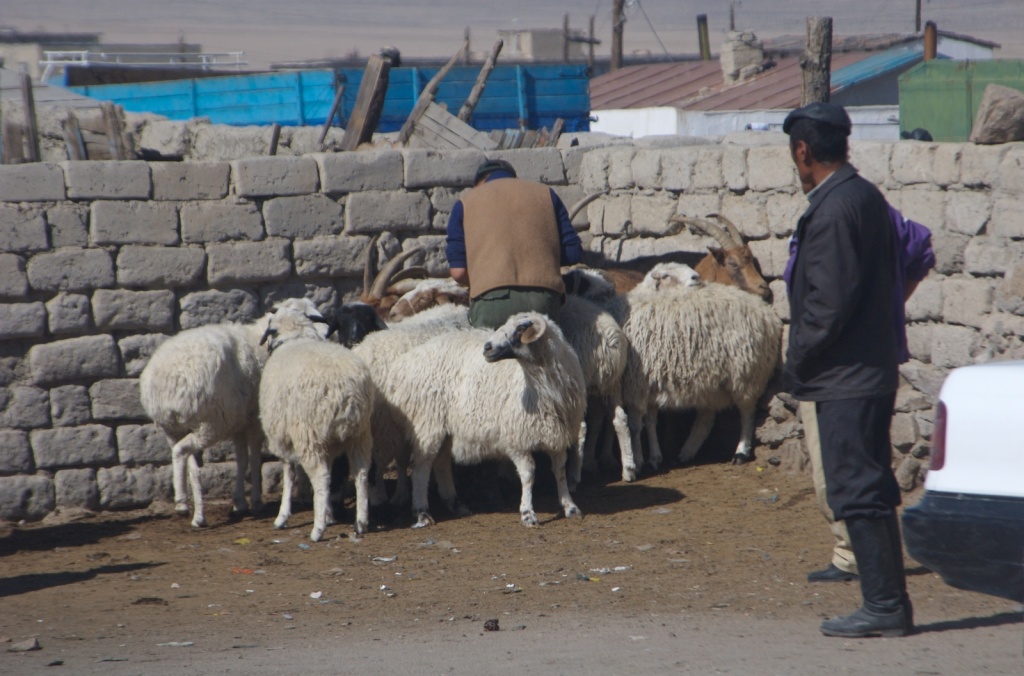 “Sheep buying is done by the Mongol usage. There is first a bargaining for quality – small sheep, good sheep, or pick of the flock, at different prices. It is usual to agree that good sheep are in question, at so much per head. The Mongol turns them out by the score, which he says are good. The buyer disputes this with scorn, making the Mongol change as many of them as he can. When at last the goodness of the herd as a whole has been admitted, the Mongol plunges among the sheep, seizes one, and cries “This is it!” “Not so, says the buyer; “it is the worst of a poor lot.” The buyer here is in the right, for I never saw a nomad, whether a Mongol, Qazaj, or Kirghiz, who failed to tackle the worst sheep with speed and skill. The Mongol protests and argues, but after awhile he seizes another; the argument begins afresh, but after several have been rejected the buyer in the upshot gets the mathematically average sheep from a mathematically average lot, the whole deal, with words and antics, having taken from half an hour to half a day.” 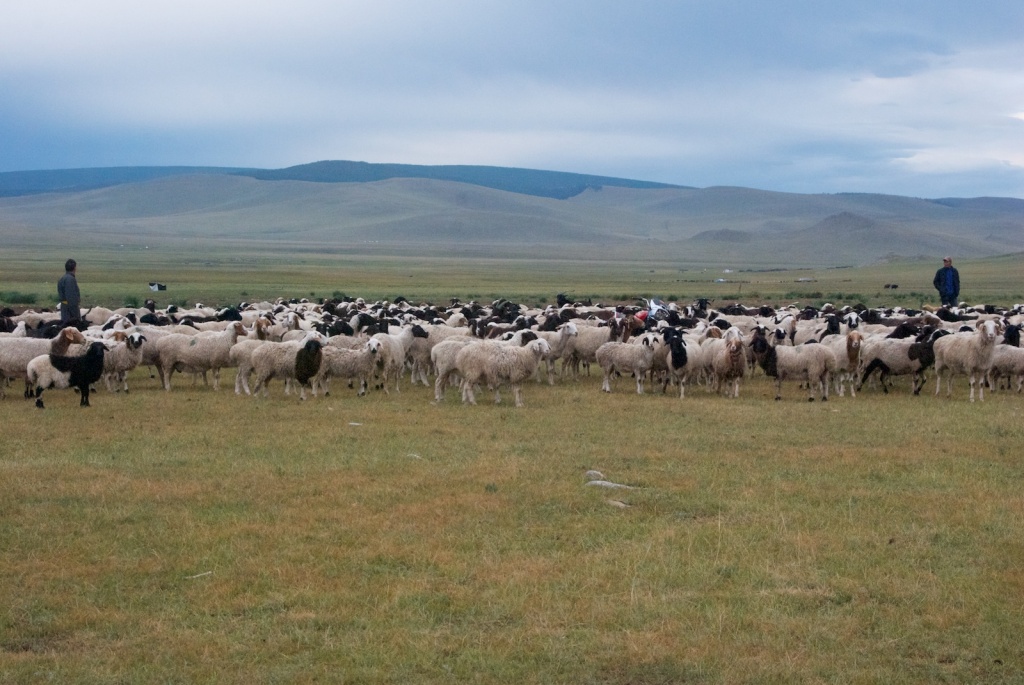 Flock of sheep and goats, at my driver’s ger in the mountains north of Tsetserleg, 2011