I’d heard about this large monastery to the north west of Ulaanbaatar and decided that I wanted to see it, along with the northern mountains. It is one of the three most important khiids in Mongolia, along with Gandan in Ulaanbaatar and Erdene Zuu, which is adjacent to the site of the old Mongol imperial capital Kharkhorin and built partly with stones from it. I’d already visited them.

Nomadic Journeys put together a one week camping trip for me on short notice and Amarbayasgalant Khiid (“khiid” means “monastery” in Mongolian) was the first stop. And was it ever worth the drive, even though there’s a somewhat tacky ger camp very close to the complex that needs to be moved.

The monastery was built between 1727 and 1737 by a Manchu emperor, so the architectural style is Manchu. It survived the destruction of most of the monasteries in Mongolia in 1937, but now there are around 60 monks in residence instead of over 2000.

Unfortunately, there are no guide books, or at least I haven’t been able to find anything, so I can’t offer a lot of information on what is in the photos. But I hope you’ll enjoy a look at a very special place.

First view of Amarbayasgalant Khiid, situated at the head of a lovely valley 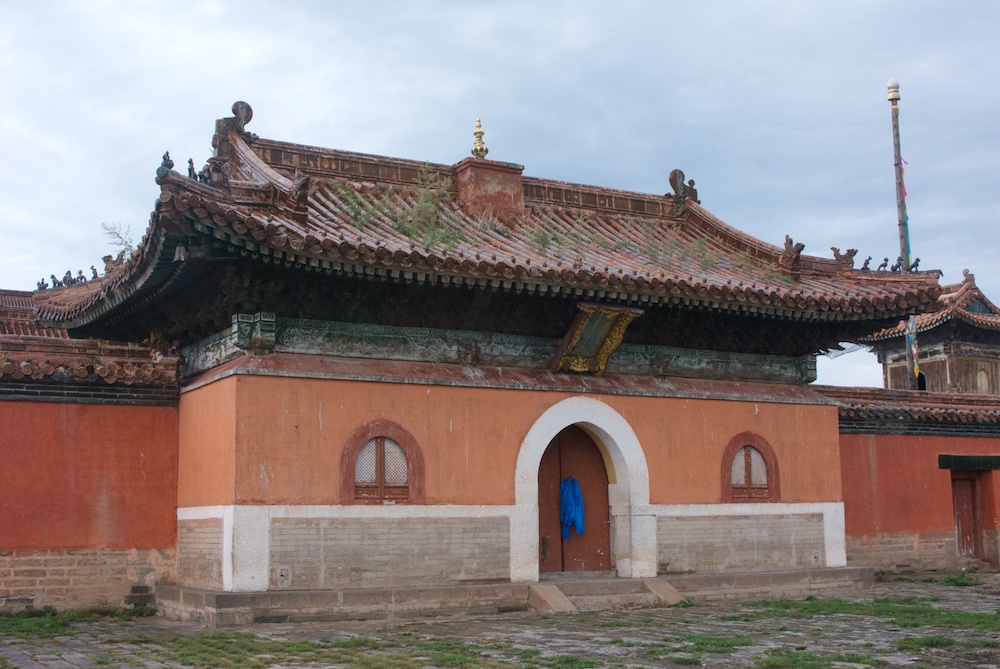 Unfortunately, my guide’s English was only ok and I didn’t have a way to take notes, so I don’t know who these statues are of and what they symbolize. 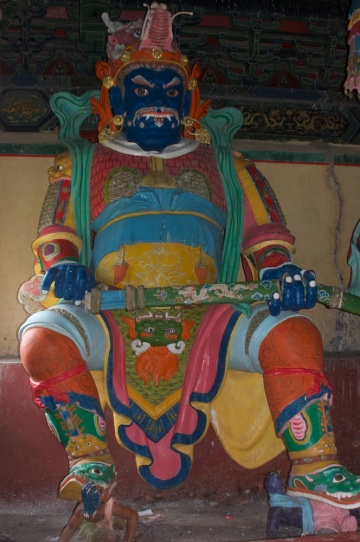 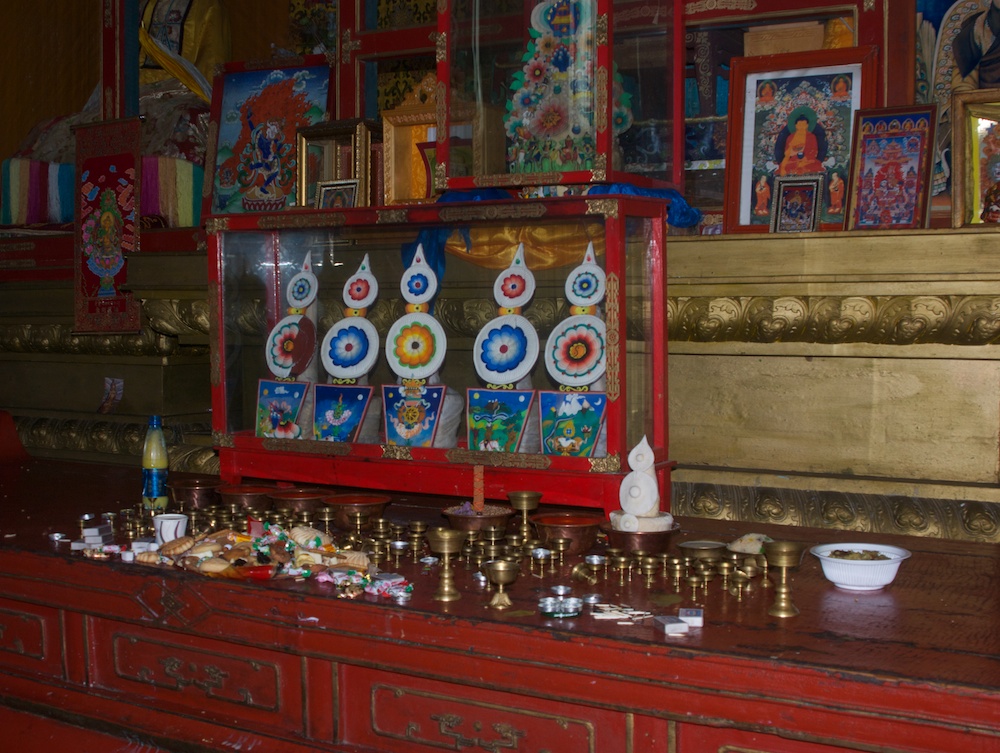 One of the altars

I was told there was a model of Shambala within

An example of the beautiful decorative paintwork 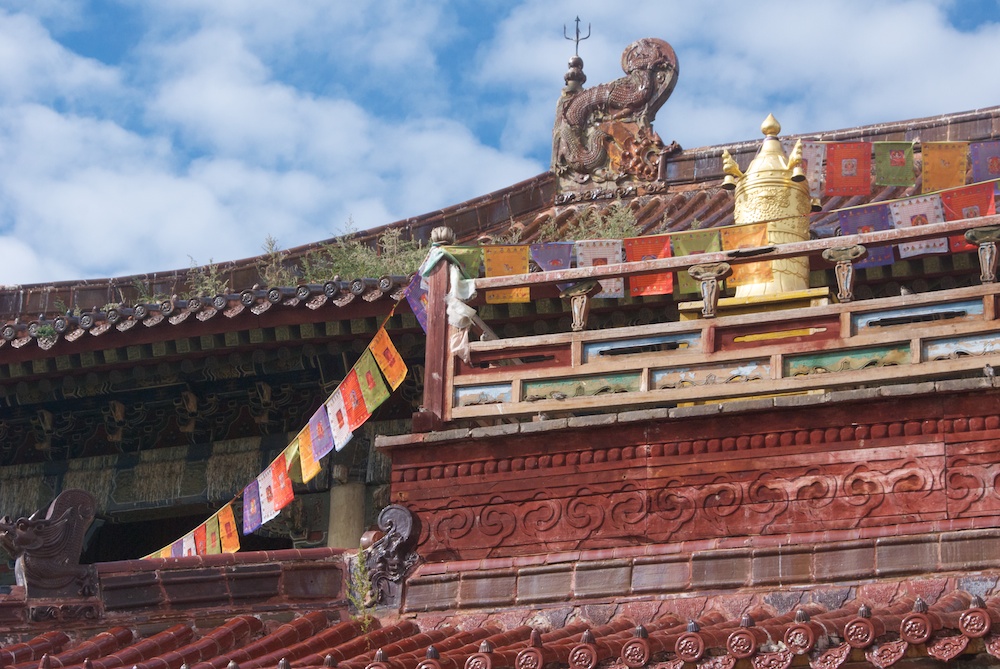 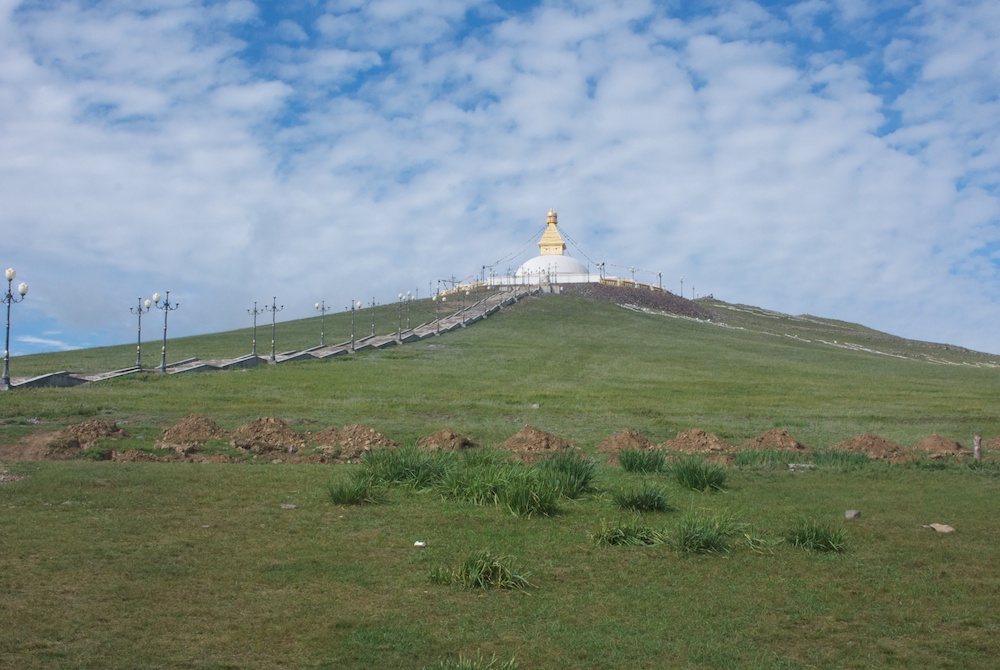 New stupa; yes, we went all the way to the top 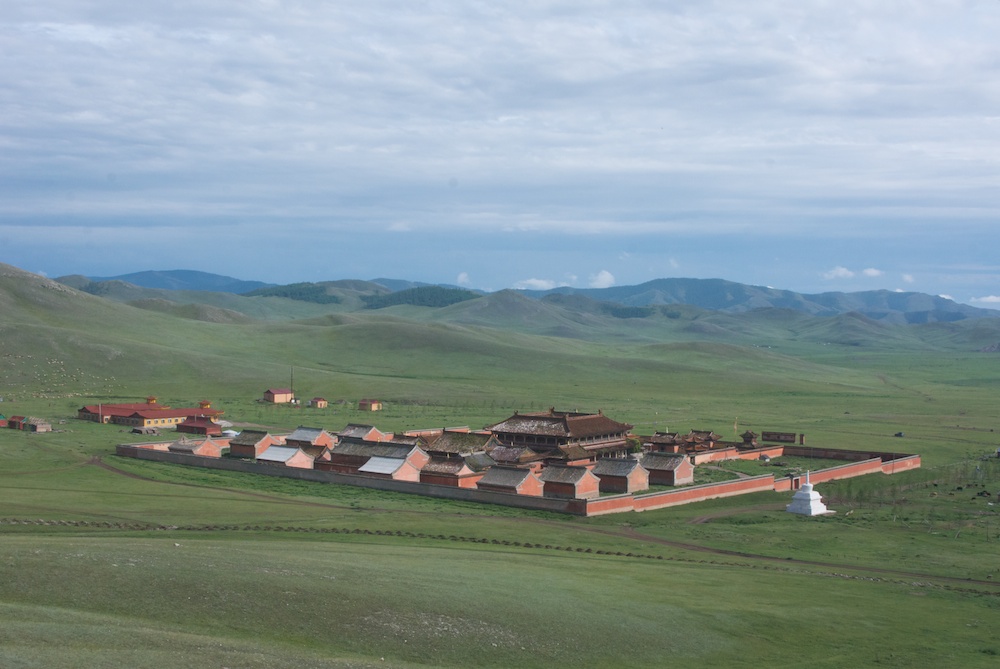 The view from the stupa

This Buddha was on an adjacent hill; I definitely got some exercise while I was there 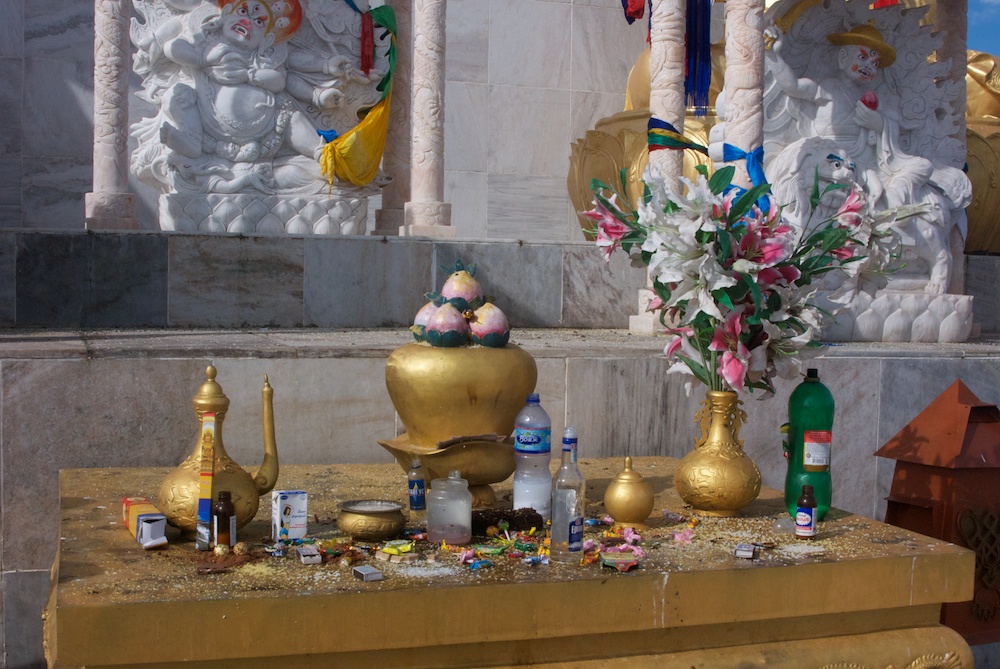 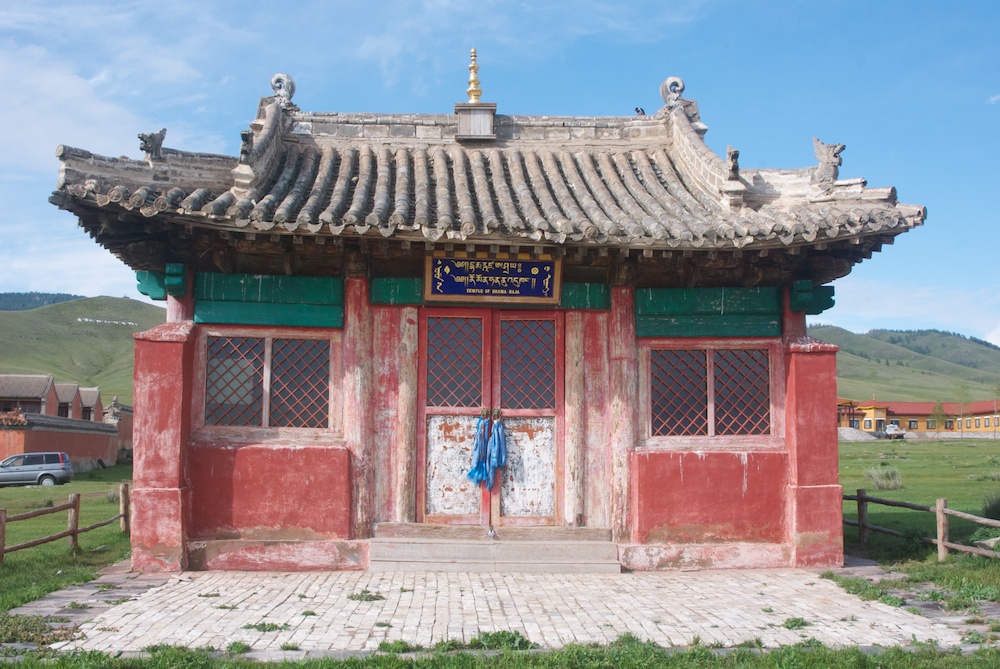