Home Again. And Album Of “I Was There” Photos

Five wonderful weeks in Mongolia just flew by. I managed to spend three of those weeks in the countryside: two weeks doing the “wildlife watching” tour with nationally-known sculptor Pokey Park and then a week of camping with a guide/cook and driver.

Lots of great reference and stories to match will be posted here in the weeks to come, but for now I’m still catching up and working on a couple of new projects, about which  more later.

In the meantime, here’s a collection of the photos that have me in them, most taken by our great driver/guide, Khatnaa, who brought his own camera and who definitely has an eye as a photographer.

Lunch up in the mountains of Hustai National Park

Stupa at Zorgol Uul, a mountain not far from Arburd Sands

Probably my favorite photo from the trip; I met these women in 2008 when my husband and I went to Arburd Sands and I was thrilled to see them again this year; Lkhamsuren, on the right, is the widow of famous horsetrainer, Choidog, whose son, Batbadrakh, is now family patriarch; Surenjav, next to me, and I somehow connected in 2008 even though we couldn't talk to each other due to the language barrier. She's 92 now and is Batbadrakh's brother's mother-in-law. Being Mongolia, neither expressed any real surprise at this western woman who they met three years ago walking into the ger one morning to say "Sain bain uu" 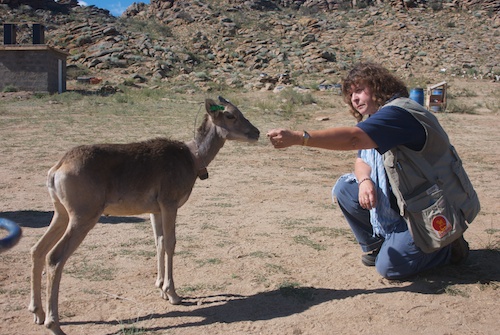 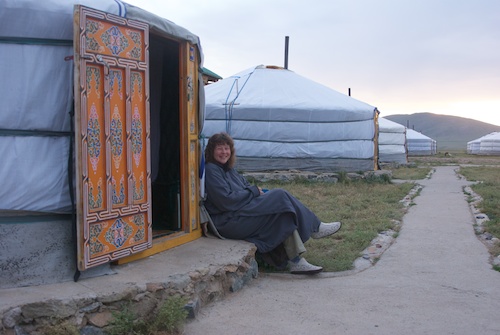 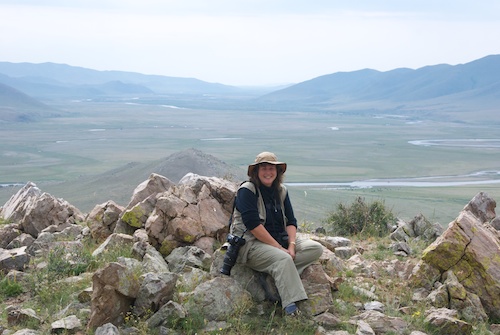 After the second longish hike up a steep slope in one morning, I was rewarded with this great view of the valley of the Kherlen Gol; Chinggis Khan almost certainly knew and rode through this place 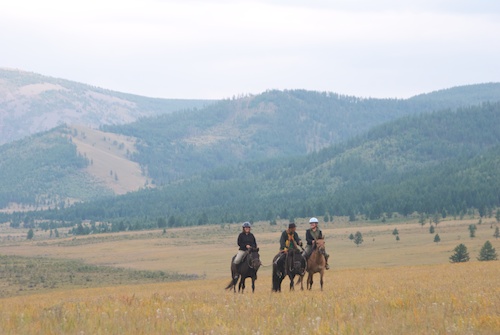 Mongol horse ride #2 at Jalman Meadows ger camp, up north in the Hentii Mountains, and overlooking the valley of the Tuul Gol, which also flows through Ulaanbaatar

The second night of the camping trip, I got to stay overnight with a herder family for the first time. It happened to be the home of my driver, Puugee, who on the right. Next to me on the left is Hashchuluun, his wife, then a lady who I did not catch the name of and, finally, Puugee's oldest son, one of three