This is the biggest holiday in Mongolia. Ulaanbaatar pretty much shuts down for a few days while everyone celebrates and attends competitions in the Three Manly Sports: horse racing, wrestling and archery.

I got to see all of it, including a local celebration, in 2009. Here’s some photos, ending with a wonderful music video by one of the most famous singing groups in Mongolia, Nomin Talst. The group is no longer together and this video was made some years ago, but it still gets played on the music video channel around this time of year. And it’s one of the things that hooked me on Mongolia. I had to find out more about the kind of people who are shown in it and who clearly know how to have a good time today, while preserving their ancient traditions and sports.

The horsetail standards are brought out of the Parliament Building 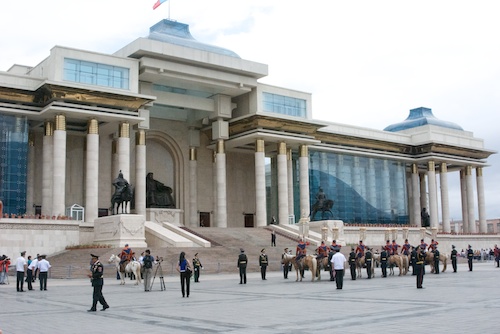 Soldiers on matched palomino Mongol horses ready to take the standards to the Naadam Stadium; one of the Best Government Buildings Ever, which includes a big statue of Chinggis Khan 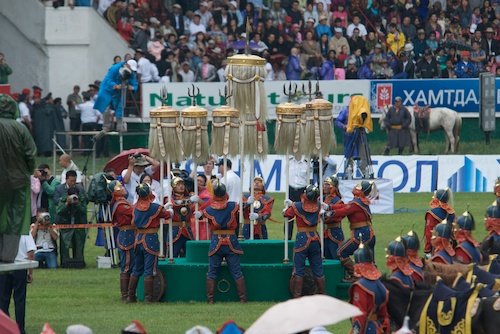 The President of Mongolia addresses the crowd

There was a parade of famous athletes and celebrities; I was told this man is a very famous wrestler 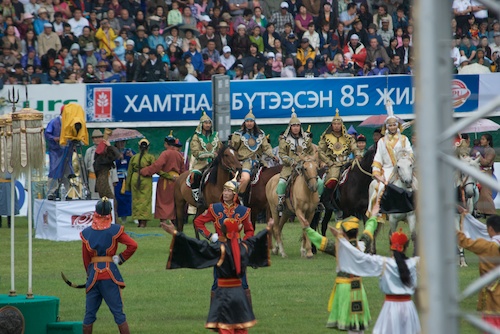 Where else but Mongolia? In comes the Mongol Queen and her warrior entourage 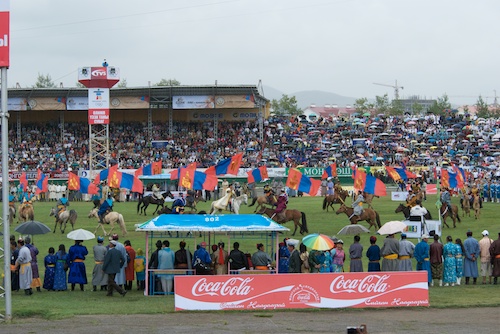 A display of the national flag; on horseback, naturally

Then it out to the valley for the horse race; almost to the finish line

I was told that close to half the population of the country was in and around this valley that day; judging from the traffic we hit getting there, I can believe it 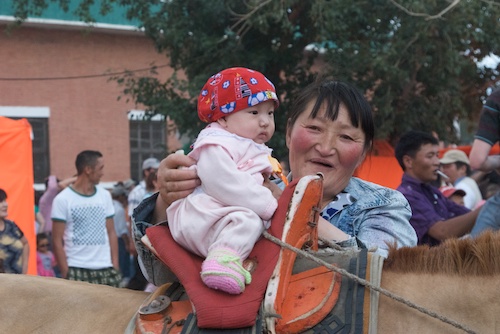 Back in UB, a mom starts her little one off right 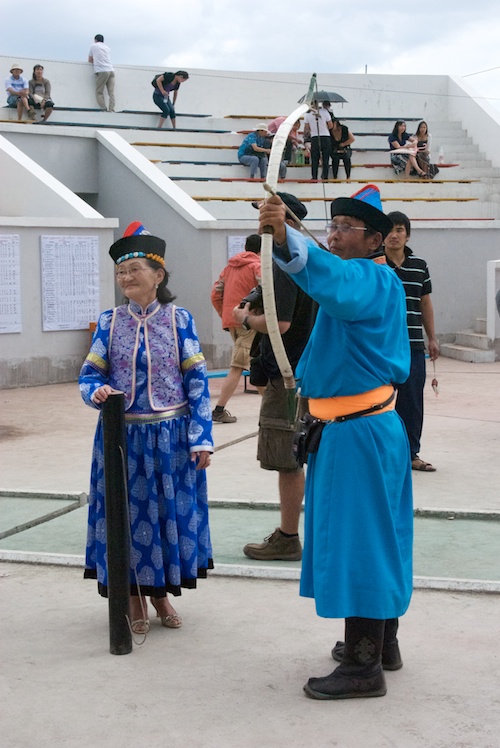 The winner of the archery competition, a Buriat man, accompanied by his wife, both looking great! 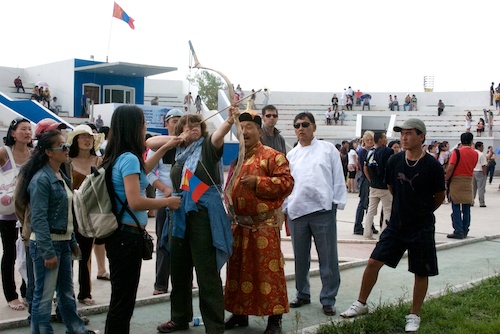 Then it was my turn. For about a dollar, I got to shoot a real Mongol bow and arrow and got a pretty good distance

Mongol wrestling (Bokh) is pretty simple- first wrestler to have a body part touch the ground other than the feet loses- but within that simplicity are endless subtle complexities; I'm definitely a fan