An Album From My Garden (Lots of Old Roses)

My main hobby when I’m not in the studio is gardening. I love old roses and English style borders. It’s also really good exercise.

And it’s an art form, too, interesting partly because it adds the dimension of time. And also impermanence.

The orchestration of bloom through the seasons is fun and an on-going challenge.

I started this garden almost five years ago and there have already been a lot of changes.

What you’ll see here, with the exception of ‘Ispahan’, is the front “yard”, where most of the roses are. We killed off the grass in the middle a couple of years ago and put our vegetable garden there instead. The rose borders are coming along, but some plants are going to be moved this fall having already gotten too big for their allotted space. It’s hard to tell how a plant will do. Some never do well and some totally overdo it. The David Austin English roses are known to sometimes become vigorous climbers in California, but stay sedate shrubs elsewhere.

So here is an album of the front garden with photos I took day before yesterday, mostly the roses, but also a few other favorites. 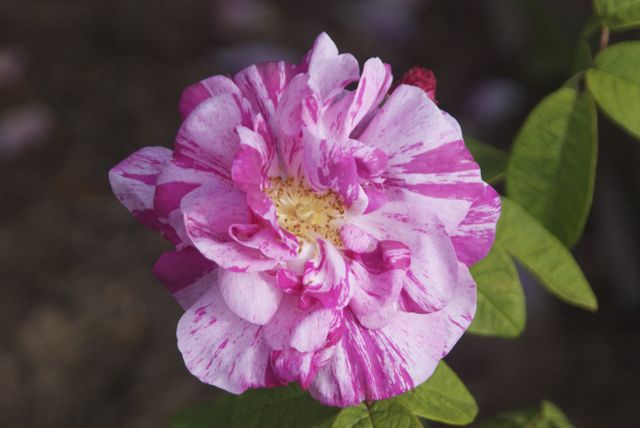 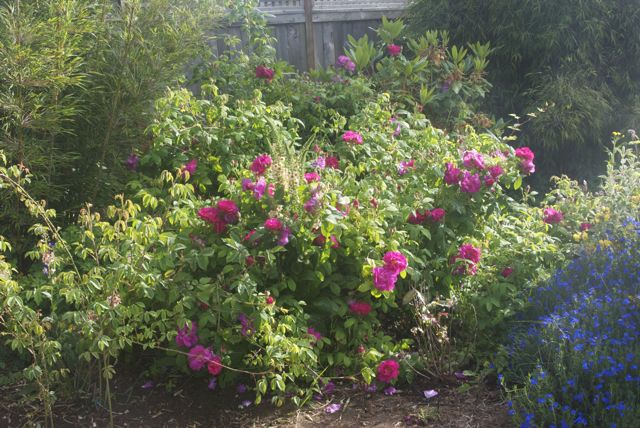 Rosa gallica- The Apothecary Rose and the Red Rose of Lancaster, ancient 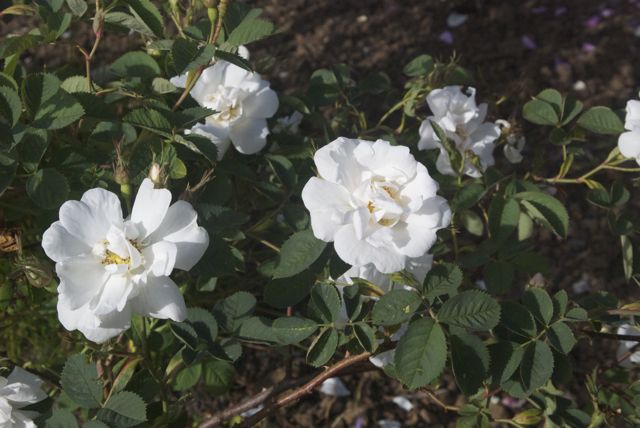 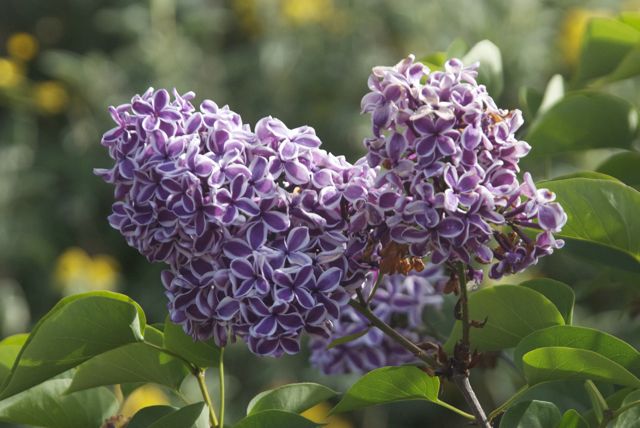 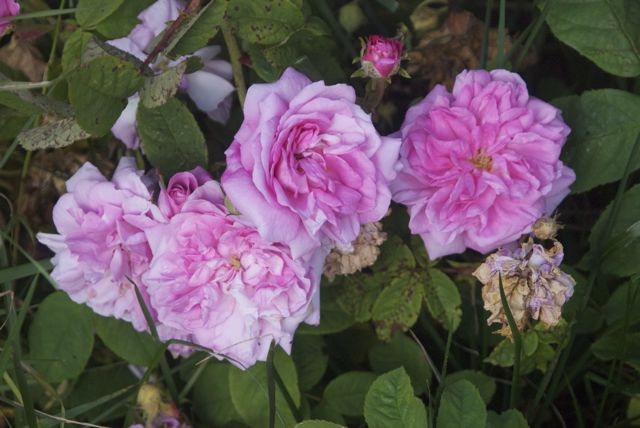 'Ispahan'-which has formed a HUGE bush; damask rose from Iran 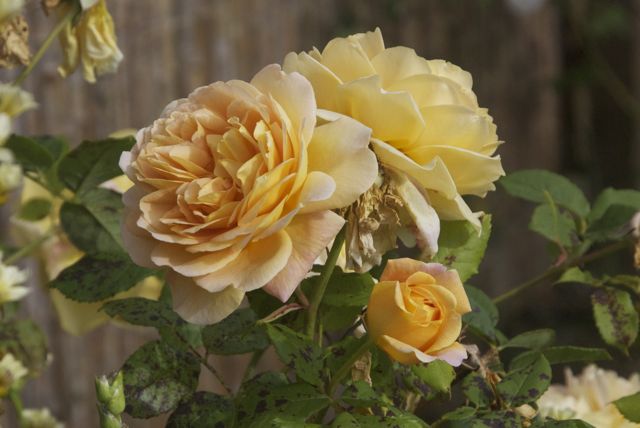 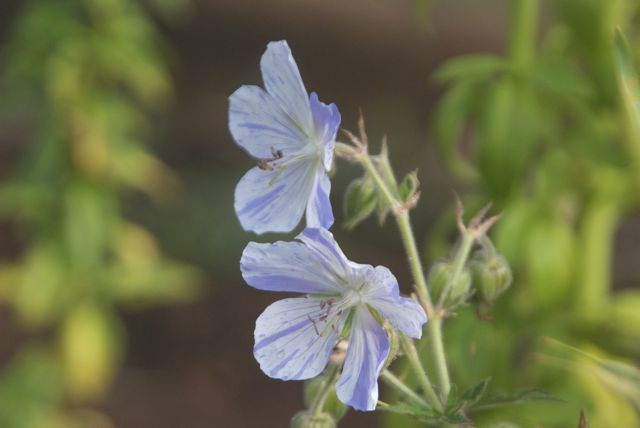 Hardy geranium 'Splish Splash', which is happily self-seeding around the garden 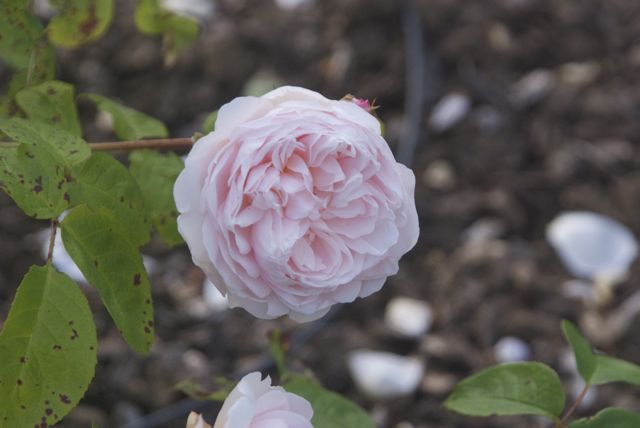 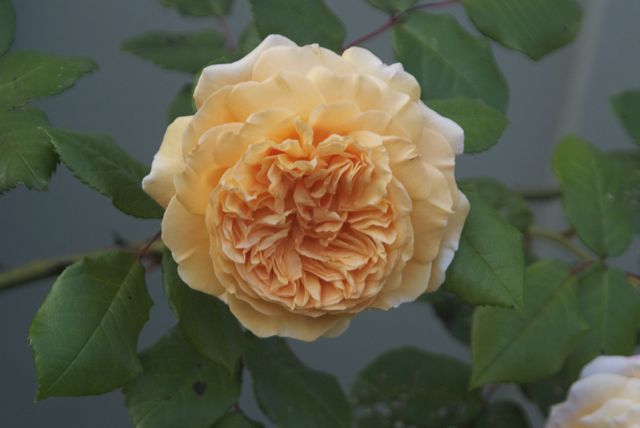 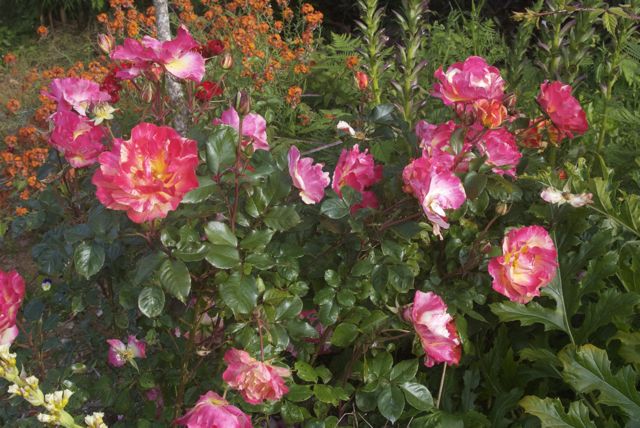 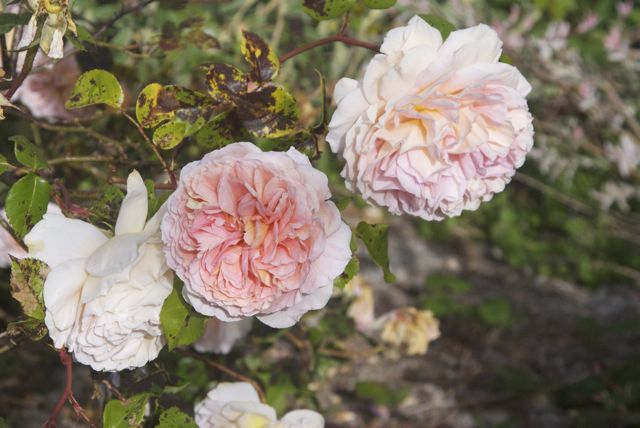 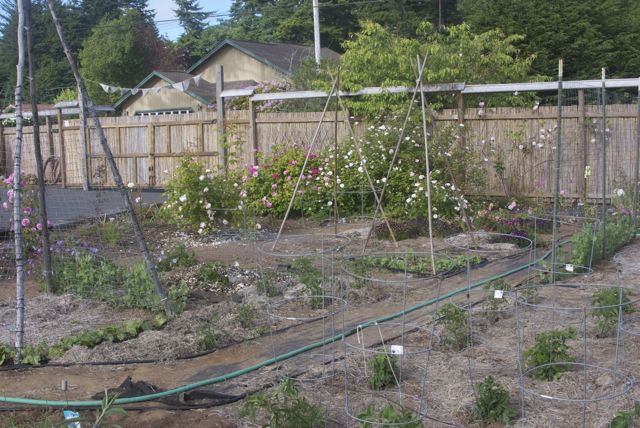 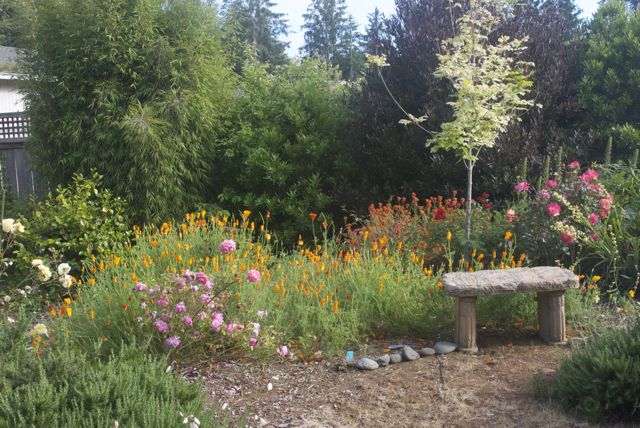 Categories: California North Coast, Gardening, In our own backyard, The Artist