Michiko held this position just long enough for me to sketch in her head and basic body position. She’s a 13 year old tamed feral who we’ve had since she was 3 months old. She recently went deaf and has some arthritis in her hind end but otherwise […] 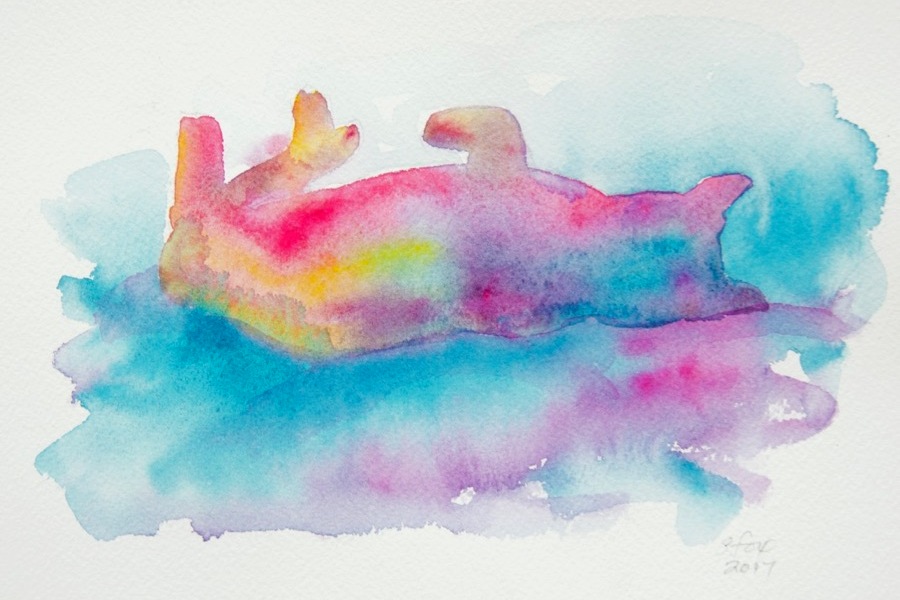 In The Studio: Cat Art For Sale!

I had a lot of fun a couple of months ago doing a series of cats in watercolors for a local show of cat art. On the opening night there were kittens available and four were adopted! There were also sales! But I still have some of my […] 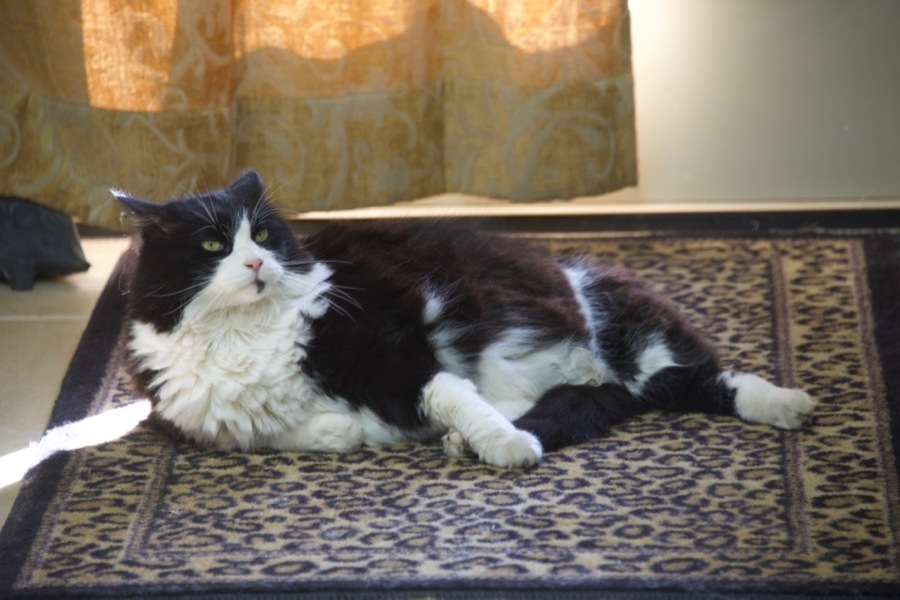 The Art Life: Not Just Art

I have the good fortune to work at home doing something I love. It also means “visitors” every day. Our two rough collies and three cats wander in and out, sometimes just to say “hi” or to hang out. The last few days Alexander has come in, sprawling […] 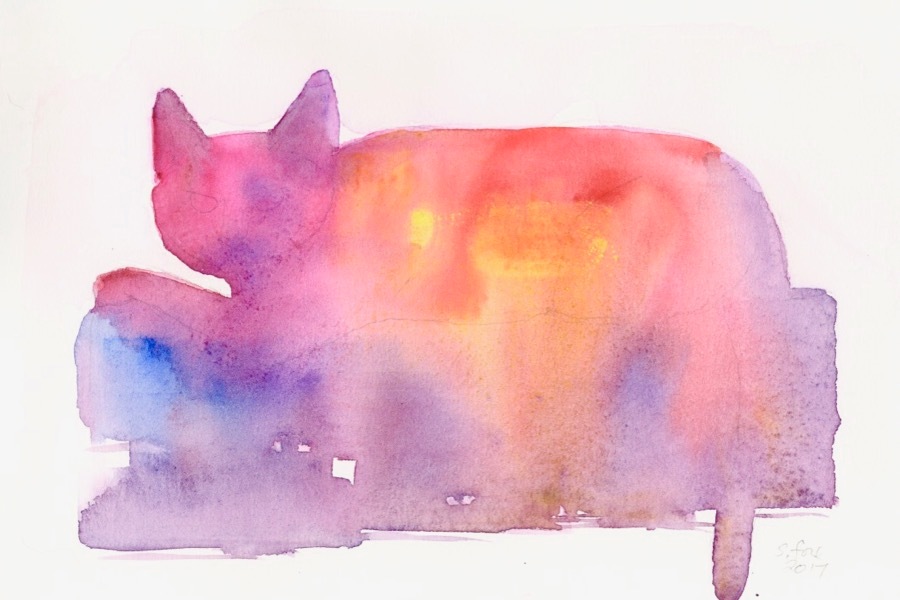 There is a great benefit art show that has happened for a number of years now that I’ve contributed to in the past but have been too busy to do again until now. It’s called “Cats in the Hall”, the hall being The Hall Gallery at 208 C […] 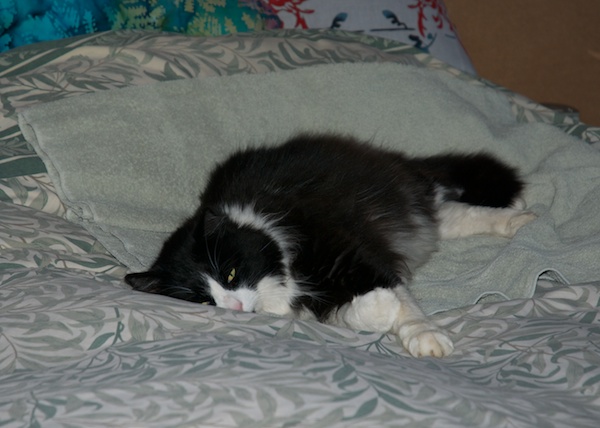 I’ve got a rather intense project under way, about which more soon, so for today I thought I’d just share some photos of our family critters, three cats and a collie. The cats all came from a shelter, Niki from a responsible breeder. 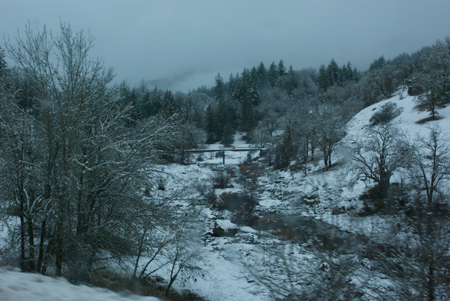 To my amazement, this is the one hundredth post that I’ve done since I started to blog last January. It seemed to happen so fast. I guess it really is true that time flies when you’re having fun. Thank you to everyone who reads and comments! We just […] 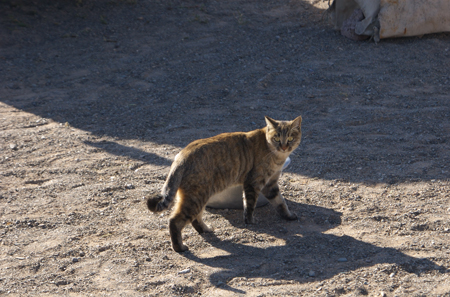 CATS In three trips to Mongolia I’ve seen exactly….three cats, literally one per trip. In general it appears that Mongolians don’t much like cats. There are a number of beliefs about them, none particularly positive. I was told that the appearance of a cat meant that there would […] 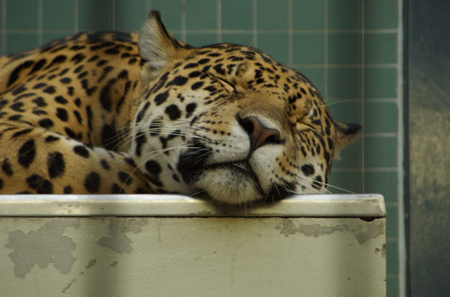 JUST RECEIVED WORD–“Morning Break”, below, has been accepted into the Mendocino Art Center Animal Art exhibit!  It will be on view there in Mendocino, California from Sept. 3-27. AND…if you live in central Humboldt County, tonight is the opening reception for Wild Visions 2, a group show of […] 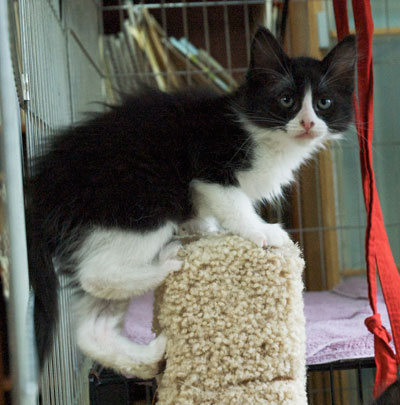 The kittens I’m fostering have gained ground faster than we expected. Merlin has doubled his weight in two weeks, from one pound to two. The shelter staffer who asked me to do the foster came over today and weighed all three. Their coats are now soft and fluffy […] 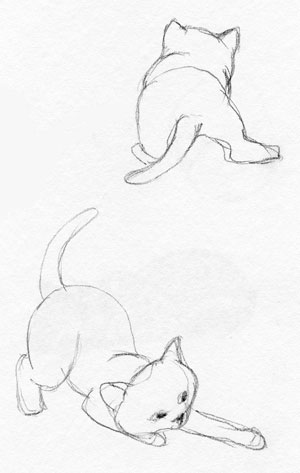 Julie Chapman recently posted a couple of sketches of her dog on her blog (no, we won’t go there). A series of comments followed about the value of drawing. You can read my comments here: http://julietchapman.com/blog/?p=59#comments . They’re #5 of 6. She just finished doing her summer animal […]