From My Illustration Days…

Back in another professional life before I became a painter in oil I worked in gouache and also a mixed media technique I learned at Mark English’s Illustration Academy. I also used watercolor and pen and ink for some illustration class assignments when I was getting my BFA […] 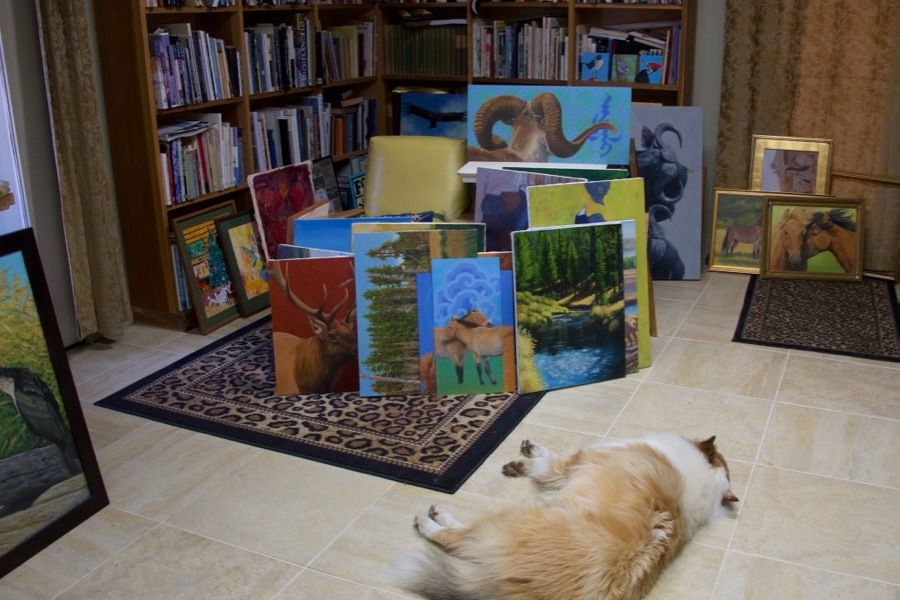 Details to come, but I will be having a solo exhibition at the Westhaven Center for the Arts, near Trinidad, California, in November and December. It will be a retrospective to celebrate my 20th year as an oil painter. I’ll be showing work that has been accepted into […]

In The Beginning….There Was Smalltalk (The First Graphical User Interface) And I Got To Use It

Sorting through old files the other day I came across a bit of computer history. I’m sharing it here because it had a bearing on me even getting interested in computers and also as a public archive since I doubt there’s much left anymore like what I’m posting […]

This is the third installment of a series I started last year, my beginnings as an artist. You can find the previous posts here and here. In the early 1980s I was living in Berkeley working as a freelance graphic designer. I hit a very rough patch, […]

This is the second installment of an occasional series on my beginnings as an artist. You can read the first one here. I started with my childhood, which included lessons offered by a local art organization. I was in junior high in the late 1960s when there was […]

I thought that I would occasionally share some my early artwork. Really early, for starters, from when I was from around eight to thirteen years old. When we buy art books or go to shows, we see an artist’s best work and that is as it should be. […]