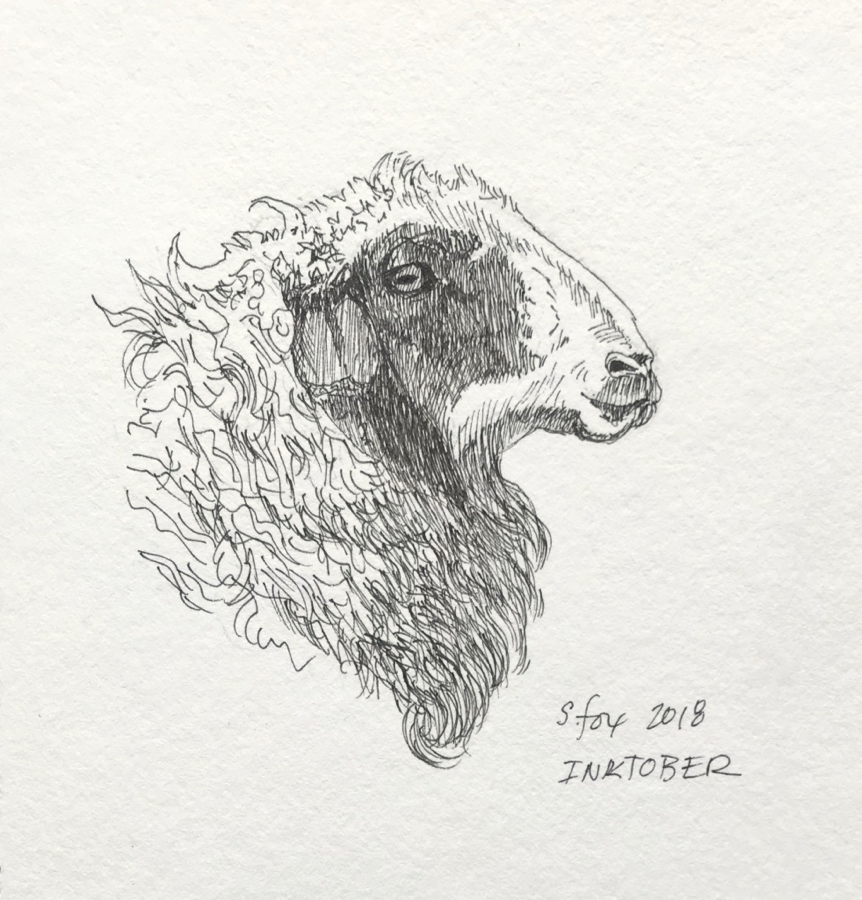 Inktober 4- “Mongolian Sheep”- Another piece done with the Copic Multiliner SP 0.1 in my Stillman and Birn Beta Series sketchbook. The wool let me get looser with the pen, but I was careful to try to capture the expression in the eye. I did bite the bullet last night and order the ten pen set. It will arrive, shipped from Japan, sometime between the end of October and late November. As you can see I work pretty traditionally. My influences include many of the great pen and ink artists and illustrators of the late 19th/early 20th centuries…Alphonse Mucha, Edwin Austin Abbey, Joseph Clement Coll, Joseph Pennell, William Heath Robinson and William R. Leigh. More about the latter when I do an African subject. I’ll be posting some tutorials soon on my nice new Patreon site. https://www.patreon.com/susanfox
@inktoberworld2018 #inktober #wildlifeart #animalartist #animalartistsofinstagram #wildlifeartistsofinstagram #sheep #copicpens #stillmanandbirn