The Opening Weekend of “Wildlife Art: Field To Studio”! 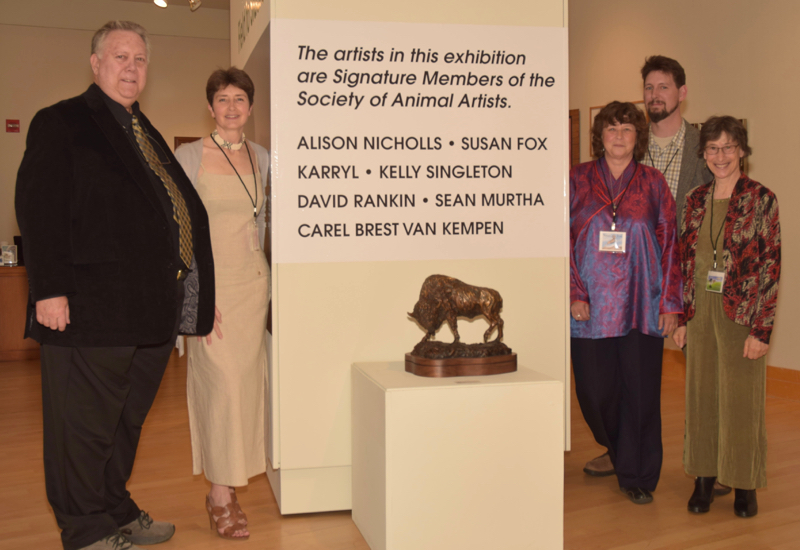 I’m back home after my three plus week trip back east and pretty much caught up. I had a great time at the Explorers Club Annual Dinner and down south visiting a number of wildlife refuges. The frosting on the cake was the opening reception on March 31 and also weekend activities for “Wildlife Art: Field to Studio” at the Flinn Gallery in Greenwich, Connecticut. Five of the seven participating artists were able to attend. From left to right in the photo above: David Rankin, Alison Nicholls, Susan Fox, Sean Murtha and Karryl. All our hard work has paid off. It’s a fantastic exhibition that I’m so proud to be part of!

Here’s a album of photos from the events… 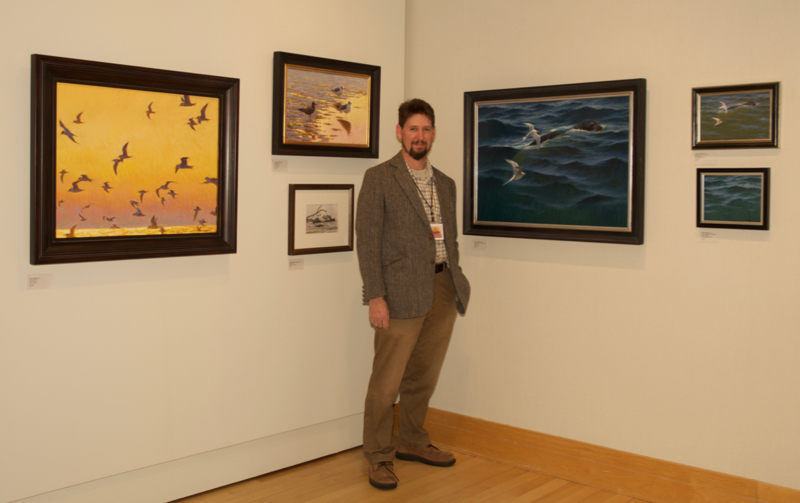 Sean Murtha with some of his work 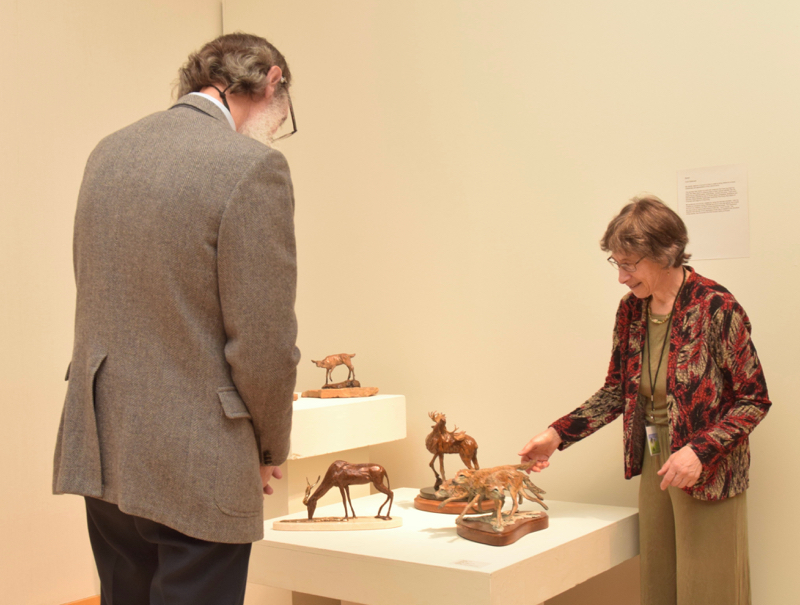 Karryl chats about her sculpture with a guest

Alison Nicholls with the UN Ambassador from Botswana and his wife

David Rankin in front of his work and. on the left, Karryl 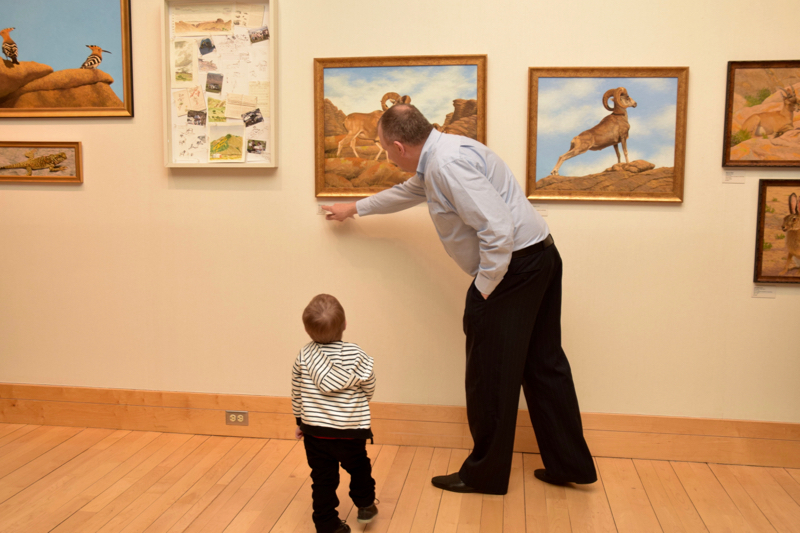 Looks like I had a young admirer. We each had one of the framed “fieldwork boxes” on the wall with our work to carry out the main theme of the exhibition, which is that we all do fieldwork, including sketches, paintings and sculpture, which inspires and informs our art.

Carel Brest van Kempen’s work. And the snake which was one of the models for a Saturday morning event.

David Rankin created a video featuring all of us in the field and examples of our work. It’s playing on a loop at the gallery.

On Saturday morning the gallery hosted a special event for children, bringing in live animals from Animal Embassy for them to draw.

Chris Evers of Animal Embassy and the emerald tree boa

African bull frog; A young one, less than half the size of an adult. They are the second largest species of frog in the world. He was the model for my groups. 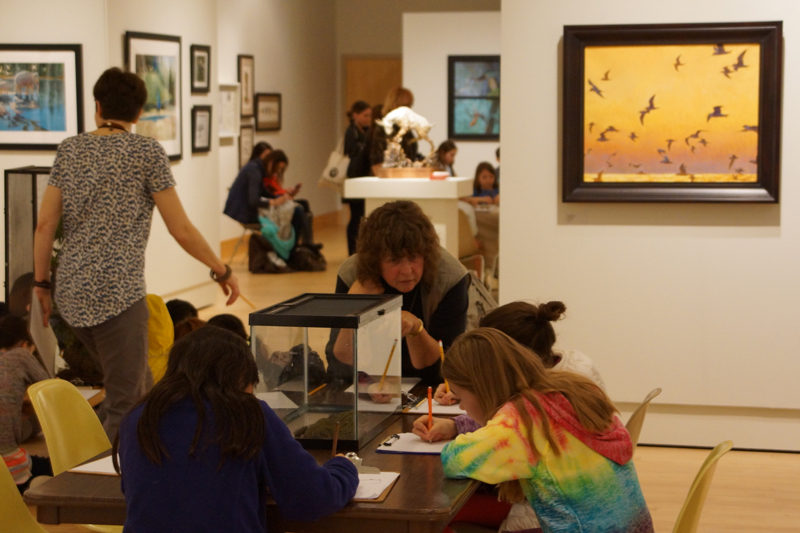 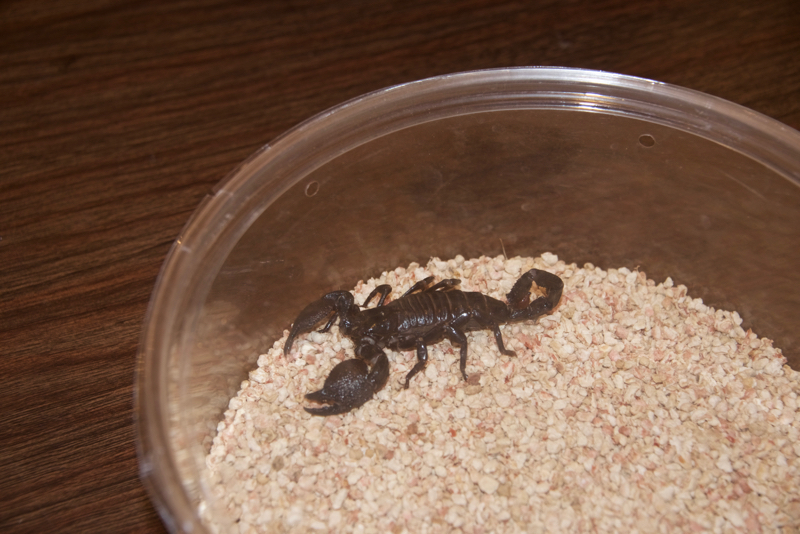 Scorpion, one of three who “modeled” for the kids

All the kids did a great job! David Rankin on the left showing how to draw a scorpion

We had five tables of young artists going. In the background you can see Sean Murtha and his model, a small parrot

A final group shot. As animal artists, of course we couldn’t resist the opportunity to pose with the emerald tree boa