The WildArt Mongolia Expedition, Part 4: The Birds Of Boon Tsagaan Nuur And Art In The Field

Our campsite near the shore of Boon Tsagaan Nuur; the dark square to the left is our toilet enclosure

My last post about the Expedition, which you can read here was about the leg of our journey that took us to the Gobi lake, Boon Tsagaan Nuur. Today’s post is an album of the birds we saw and that I photographed. We also had time to get our paints out and do some location work.

There isn’t a good standard bird guide yet for Mongolia, although one is being prepared, so I sent a batch of photos to Axel Braunlich, who is probably the leading expert on birds in Mongolia. He was kind enough to take the time to identify them for me. If you are interested in birds, and Mongolia is one of the world’s hotspots for birding with 427 species (you can find a list here), I highly recommend Axel’s blog “Birding Mongolia”.

All of these species, except the bar-headed geese, which I had seen on the Tuul Gol (river) near Hustai National Park in early May of 2005 on my very first trip, and ruddy shelducks, were new to me. 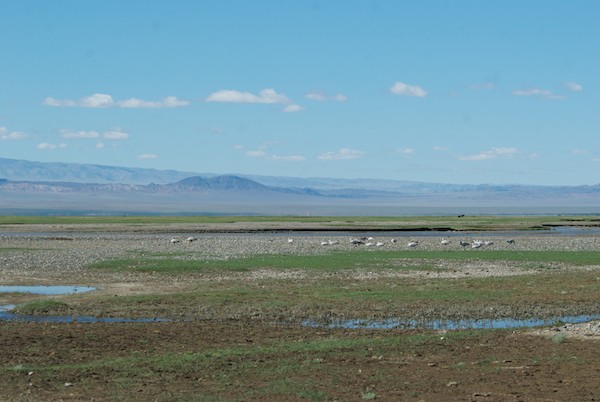 As we arrived within sight of the lakeshore, we spotted bar-headed geese

These geese are famous for their migration route…over the Himalayas at altitudes approaching 30,000 ft, the same as an airliner. One can imagine them landing on Mt. Everest (28,000+ feet) and waving as a plane flies over. 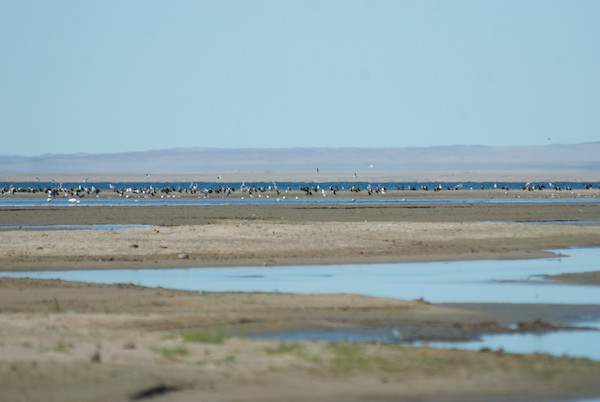 Once down on the lakeshore we saw, at a tantalizing distance, this large group of birds on a sand bar. Unfortunately the ground between them and us was ultimately too soft and there were also flood-fed streams. Sharon and Odna did their best, but finally had to turn back. I was able to make out great cormorants, eurasian spoonbills, gulls and terns, plus some ruddy shelducks in the water. Yesterday, as I looked over my photos to make my choices for this post, I saw that there were at least sixteen grey herons out there also.

Wild greylag geese flew by at one point.

There was also a long-legged buzzard.

It was interesting and a little odd, since I live on the north coast of California, to see shorebirds in the middle of the Gobi. 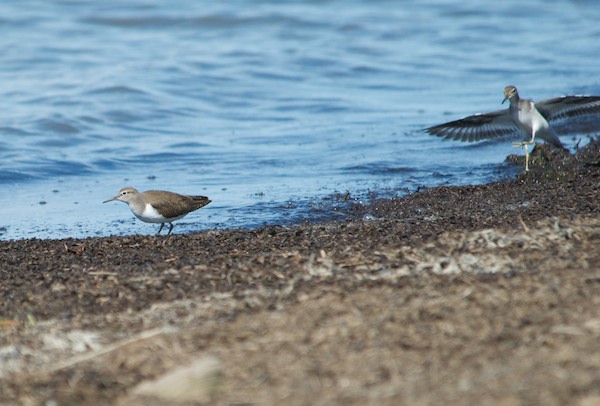 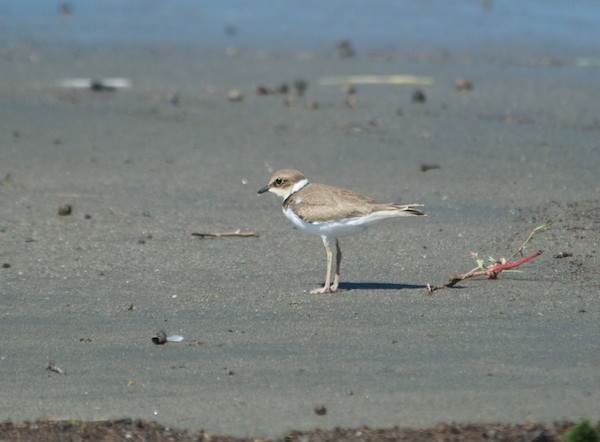 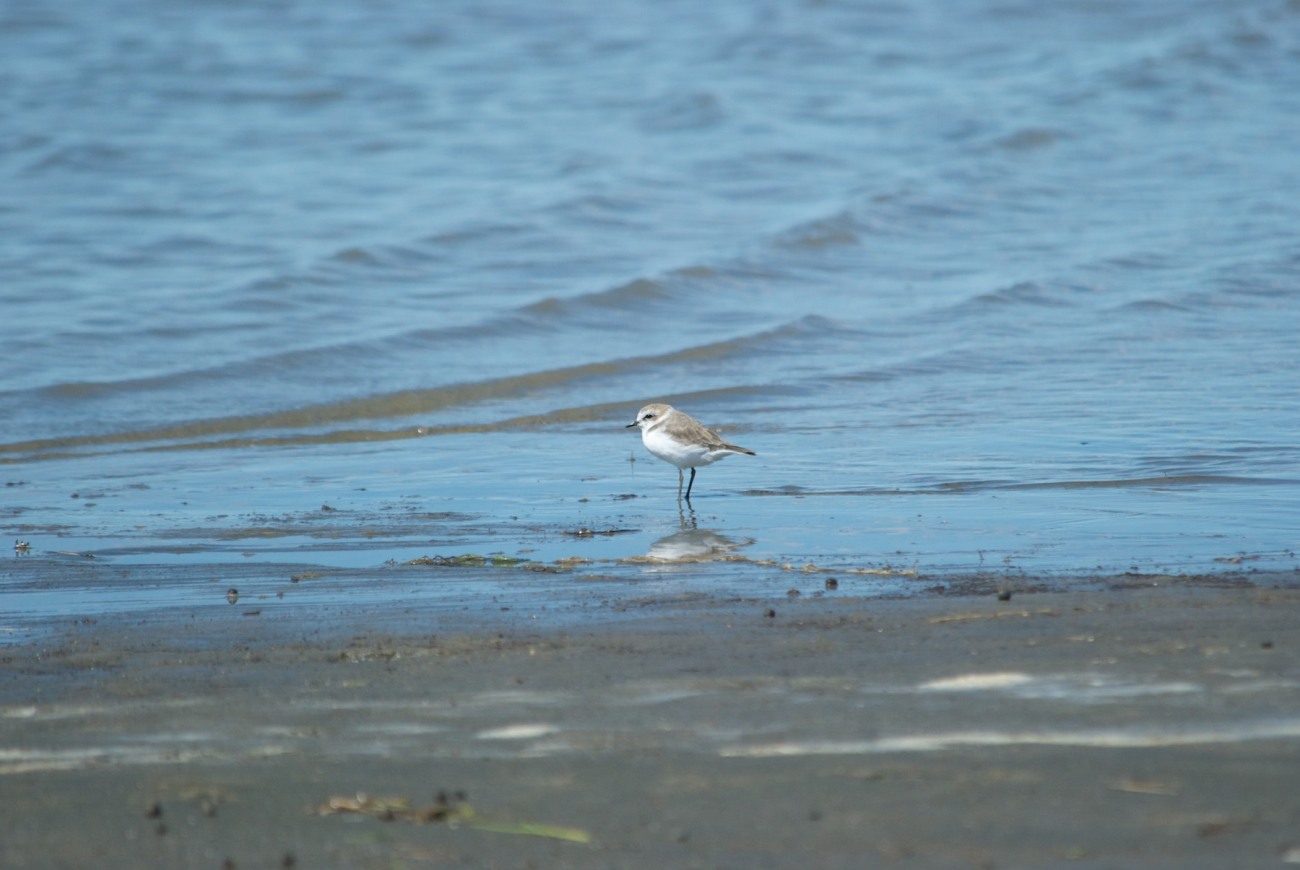 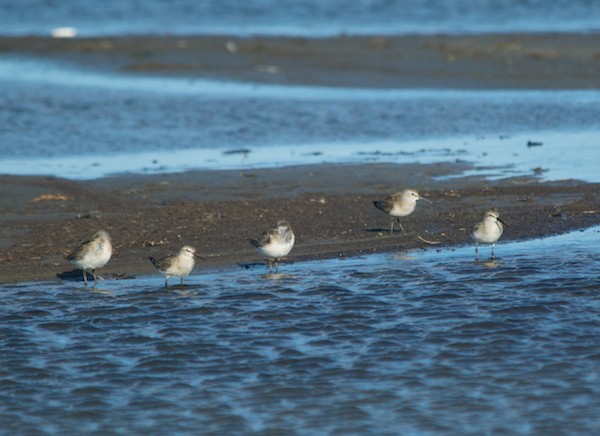 Common tern; adult and juvenile (who was begging for food to no avail) 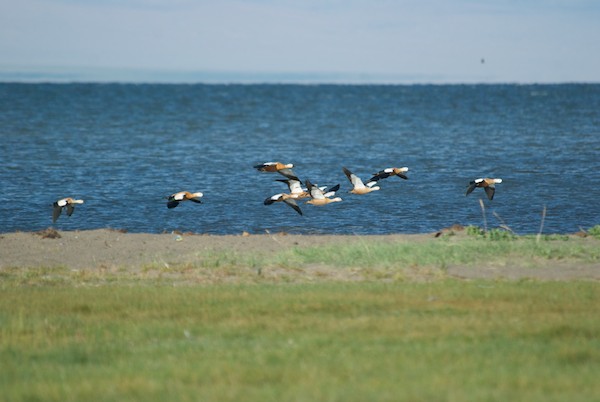 We didn’t just birdwatch, but got out our painting and camera gear.

Little did I know until he was done that Magvandorj was doing a painting of me painting. 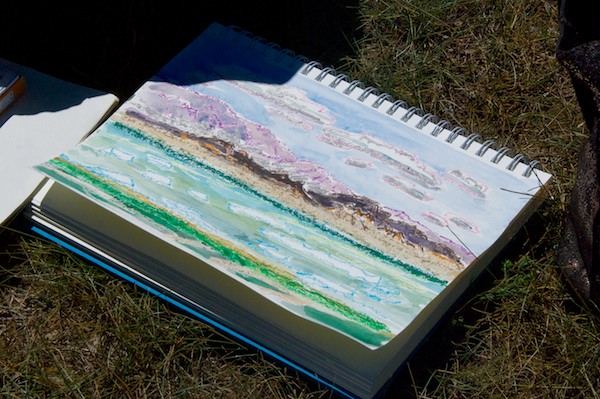 Tugsouyn’s expressive interpretation of the scene 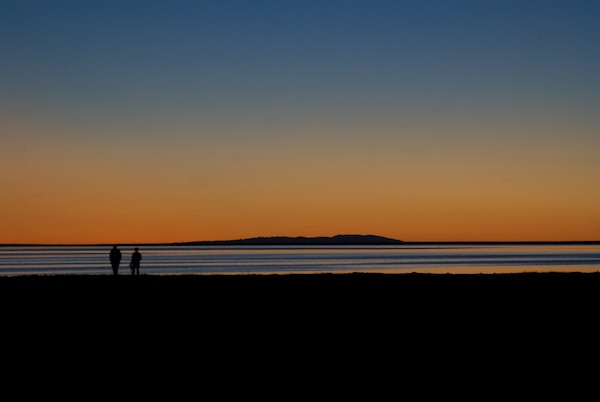 The next morning, which was, shall we say, a bit brisk, found Magvandorj up catching the morning light. 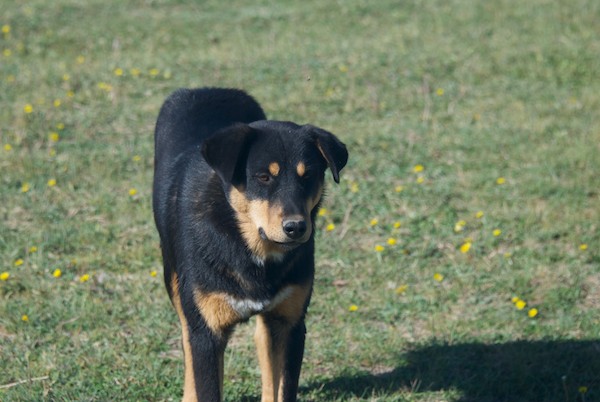 A local dog showed up as we broke camp, hoping to find some food that had dropped to the ground. He’s the traditional herder’s dog, called a “bankhar” and is in his short summer coat. 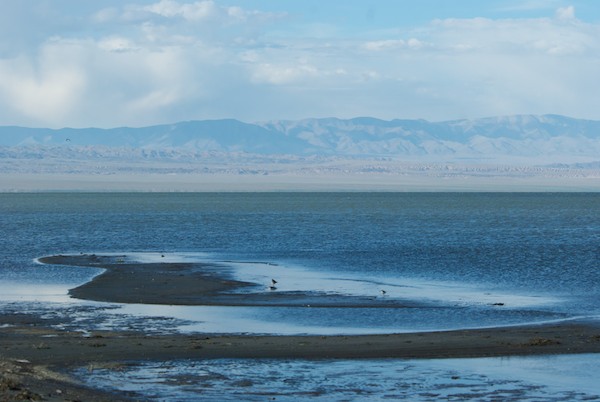 Last photos of the lake before departure.

It wasn’t easy to leave this wonderful place. But, by golly, through flooded rivers and streams and a long detour, we got there and were able to have the best parts of the day, afternoon, evening and morning, when the light was the best for painting and photography and the birds were active. Now it was time to head west and farther west with the Gobi Altai Mountains paralleling us to the south. At some point we would turn south and cross over them through….snow leopard territory!