Taken from “Nomads and Commissars-Mongolia Revisited” by Owen Lattimore, Oxford University Press New York, 1962. I’ll be writing more about him in a future post, but suffice to say for now that Owen Lattimore was one of my inspirations for “getting involved” in Mongolia because of the affection he is held in by the Mongols for representing them and their culture accurately to the West, even to the point of being given a medal by the government. 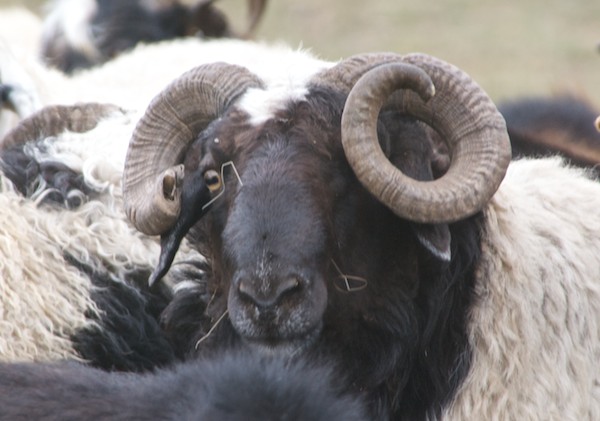 This post, however, has a somewhat more prosaic theme….sheep, one of what the Mongols refer to as The Five Snouts, the others being horses, goats, camels and cattle/yaks. 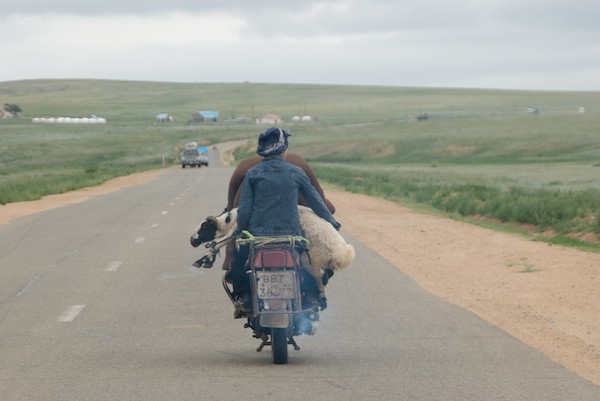 “There are several breeds of Mongolian sheep, adapted to all kinds of pasture-from the high and cold to the low and sandy. While the horse has always been the noble animal, the sheep is economically indispensible to the old nomadic life. It is the only animal that supplies all the basic needs: food, clothing, housing, fuel. Besides meat, it provides milk for drinking and for making cheese. The hide with the fleece on makes the best heavy winter gown. The wool, matted into felt, covers the ger, the round, domed Mongol tent. (Nowadays, although the inner covering of the tent is still felt, which is the best insulator, the outer covering is normally of heavy white canvas, which sheds water well and absorbs less dust than felt.) When sheep are penned at night, they trample the dung that they drop. It gradually builds up in thickness, until it can be spaded out in rectangular bricks and burned as fuel. It makes a very hot fire, but its smoke is irritating to the eyes. The best dung-fuel is cow dung; the next best is camel dung. The most obvious mark of the different breeds or strains of the Mongolian sheep is the size of the tail, which varies from a small, goat-sized tail to a huge mass of fat weighing forty pounds or more. 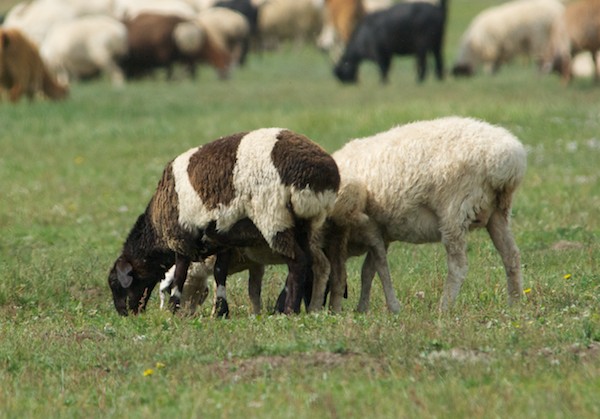 One of the great successes of experimental cross-breeding in Mongolia has been the establishment of a new breed of sheep, the “Orkhon”. It has almost all the hardiness of the native breeds and a finer, longer staple of wool. good for modern machine-made textiles. It also produces a good mutton. ” 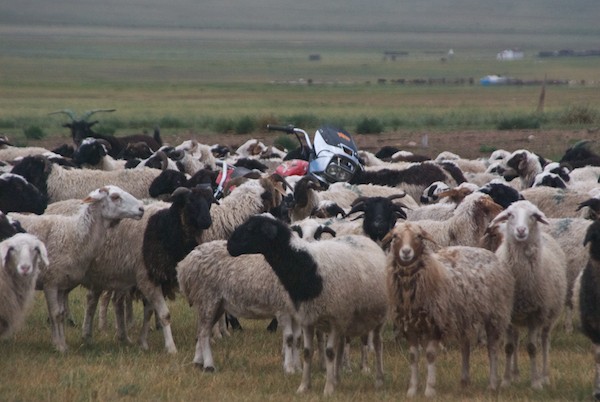