Those of you who have followed this blog for awhile know that I’ve been going to Ikh Nart since my first trip in 2005. This time I had the pleasure of sharing the reserve with a fellow artist, Pokey Park.

Wildlife being what it is, one never knows what one will see on a given trip, or even if. But this visit exceeded our every reasonable expectation. For two of the four days, it seemed like we could hardly go an hour as we drove around the reserve without seeing argali, ibex, argali and ibex in the same place or cinereous vultures, a golden eagle or other birds. And we had sightings both other days, but not nearly as often.

The universe being what it is, on our way out of the reserve we drove through one of the areas where we had had multiple sightings of argali and ibex the previous morning and saw not a single animal.

Scanning for argali and ibex

But I was the lucky one who first spotted a single ram, who then joined up with a big group making ten all together. What a sight they were!

We maneuvered through the rocks, caught up and re-sighted them three times

They've seen something, we had no idea what

A herder's winter shelter for his livestock 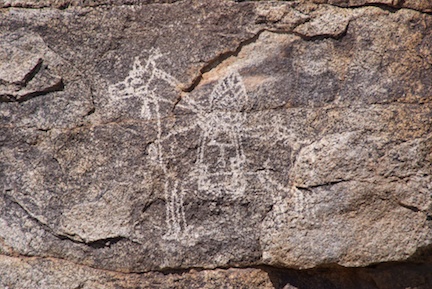 One of the pictographs on the rock cliff

And for a bonus, a beautiful sunset 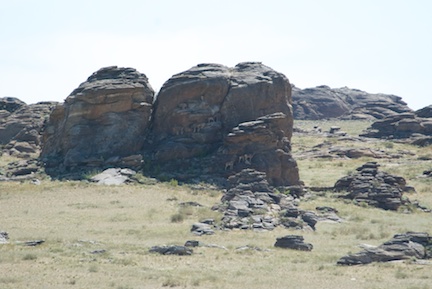 How many sheep can you see?

They are totally at home in these rocky uplands 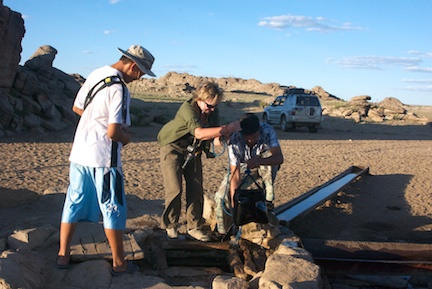 Pokey helped fill the troughs; it's a Mongol tradition that passersby will fill them if they are empty

Ibex pictograph; researchers have just started to catalog and study the cultural resources of the reserve, of which there are many 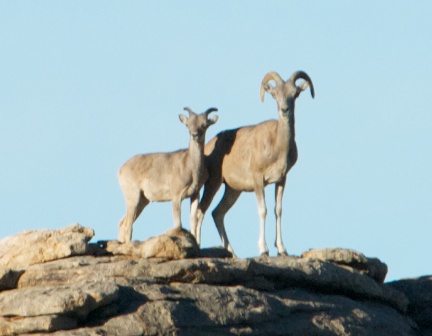 Next week, it’s on to Gun-Galuut Nature Reserve.