Two of the things I like best about traveling to Mongolia are staying in a ger and visiting people in their gers (“ger” means “home” in Mongolian).

Actress Julia Roberts was hosted by a family of horse trainers during the filming of an episode of the PBS series “Nature” called “The Wild Horses of Mongolia” (which isn’t what it was about, although there was a little takhi footage from Hustai National Park included). At the end, she’s sitting in a ger filled with Mongolians, looking into the camera with this big grin, saying something to the effect of “I’m sitting here in this ger and I don’t understand a word of what these people are saying, but I’m as happy and content as I’ve ever been in my life.”

Yup, she nailed it. I feel the same way. There’s something about the quality of space created by a ger that is very special. I’ve been in clean ones, dirty ones, sat on stools, beds and the floor, seen beautifully furnished ones and ones with next to nothing in them and I get the same content feeling in all of them. Hand me a bowl of suutei tsai (milk tea) or airag (fermented mare’s milk) and some aruul (dried yogurt) or tsotsgii (cream) and I’m a happy camper (and a cheap date too, I guess, although my husband would probably beg to differ). Anyway, here are some of my favorite images of gers from my four trips to Mongolia. 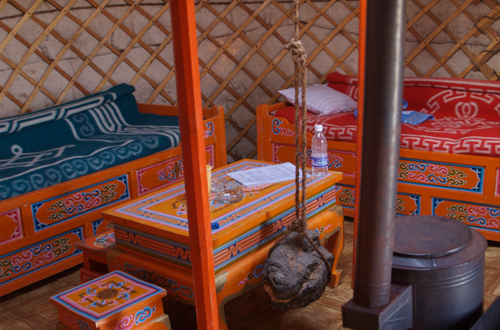 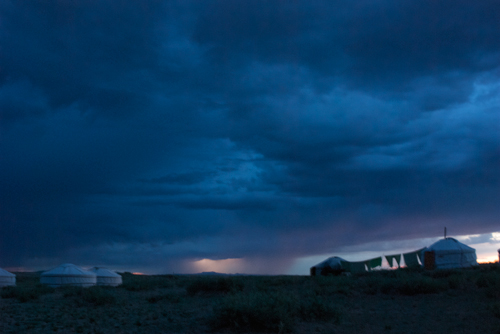 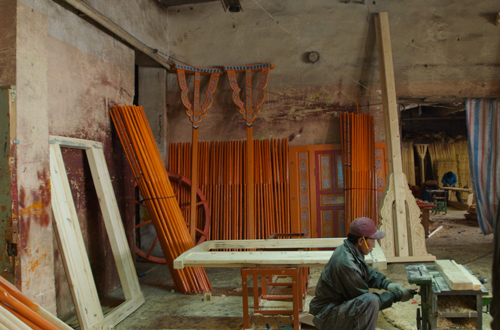 Then we went to the Black Market where you can buy anything ger; from individual parts to the whole thing.

Everything ger at the Black (or Narantuul) Market

The research camp at Khomiin Tal (takhi reintroduction site) in western Mongolia is spectacularly sited in a river valley: 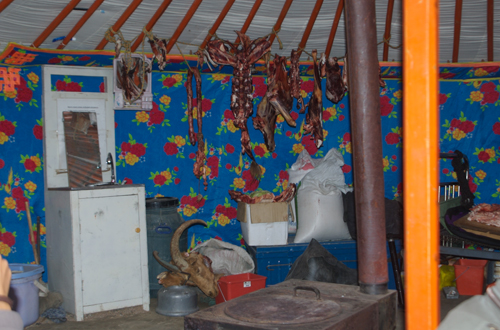 My first experience of staying in a ger was during my first trip to Mongolia on an Earthwatch project “Mongolian Argali” (now called “Wildlife of the Mongolian Steppe”; highly recommended) in the spring of 2005. The camp is much bigger now; seven gers, two containers and a volleyball court: 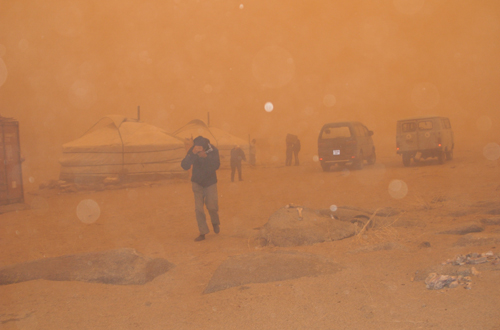 Typical spring dust storm, Ikh Nartiin Chuluu Nature Reserve research camp, April 2005; photo taken out the door of the ger; circles are the flash bouncing off dust particles; the wind was howling, too 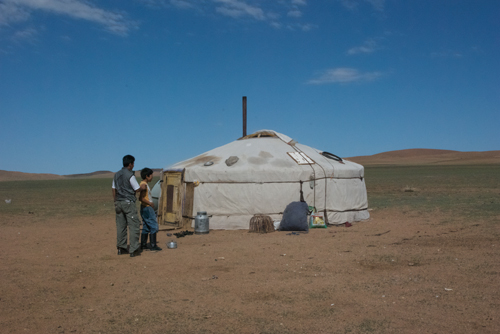 Small ger with aruul drying on the roof; en route from Baga Gazriin Chuluu Nature Reserve to Ulaanbaatar, July 2009; my guide helped me buy some aruul from the family 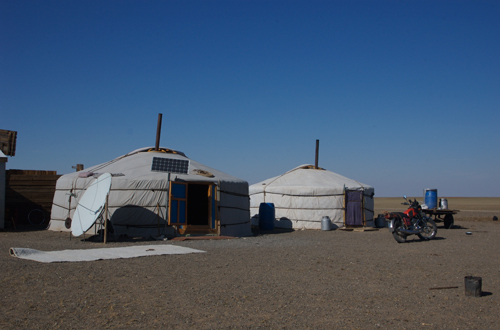 Prosperous establishment in the Gobi, Sept. 2006; they breed racing camels

Ger in western Mongolia, Sept. 2006; we bought fresh cow's milk from her 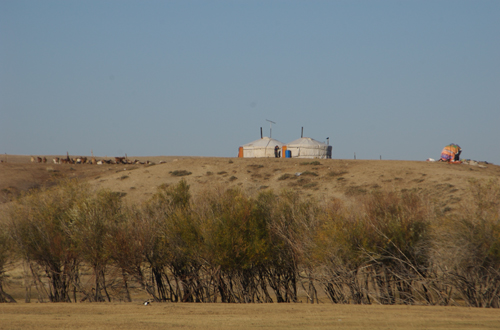 Gers above the Tuul River, near Hustai National Park, Sept. 2006; they have great view! 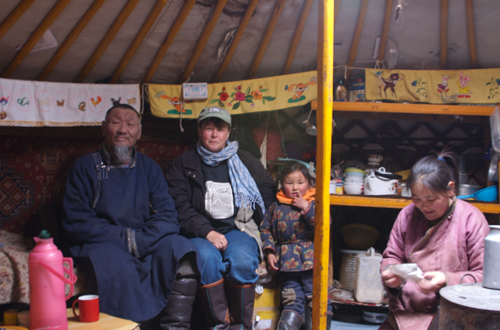 Ger visit, near Hustai National Park, May 2005; my first encounter with Mongolian hospitality, but not the last!