Breakfast at 7:30am. Everyone met in the lobby at 8:30 and then it was off to Sukhbaatar Square for the  beginning of the day’s Naadam activities.

Costumed horsemen escorted the horse tail banners around the Parliament building and then on to the National Stadium, as did we.

Got there early enough to pick and choose our seats.

Opening ceremonies got underway at 11am. The whole stadium was a riot of color, both because of the costumes of the participants and also the umbrellas of the spectators since it decided to rain for a short while.

The horsemen came in with the horse tail banners and placed them in a stand. The President of Mongolia gave a short address. Then there were displays of horsemanship,  children doing a ribbon dance and wonderful music by the orchestra.

When it was over we piled back into our bright yellow Nomadic Journeys van and drove about 90 minutes east to experience a local Naadam. It was raining pretty good when we got there, but stopped just as the horses came into view. We had gotten there in time to see the end of the horse race. Had some airag and watched the wrestling finals. Took many photos of horses and their riders. The jockeys are boys and girls under ten. The horses in this race were two year olds. Prizes go the the first five to finish and the last.

We went to a ger in the village and were treated to airag, vodka, aruul, cheese and khuusuur, fried mutton turnovers.

Stopped at the new giant statue of Chinggis Khan on the way back.

Got back to the hotel at ten till eight. A long, but interesting and worthwhile day.

And here are pictures of it all:

Note- due to time limitations, these are as I took them, no cropping or adjustments except for a couple which were on the dark side.

Horse tail standards being brought out of Parliament building 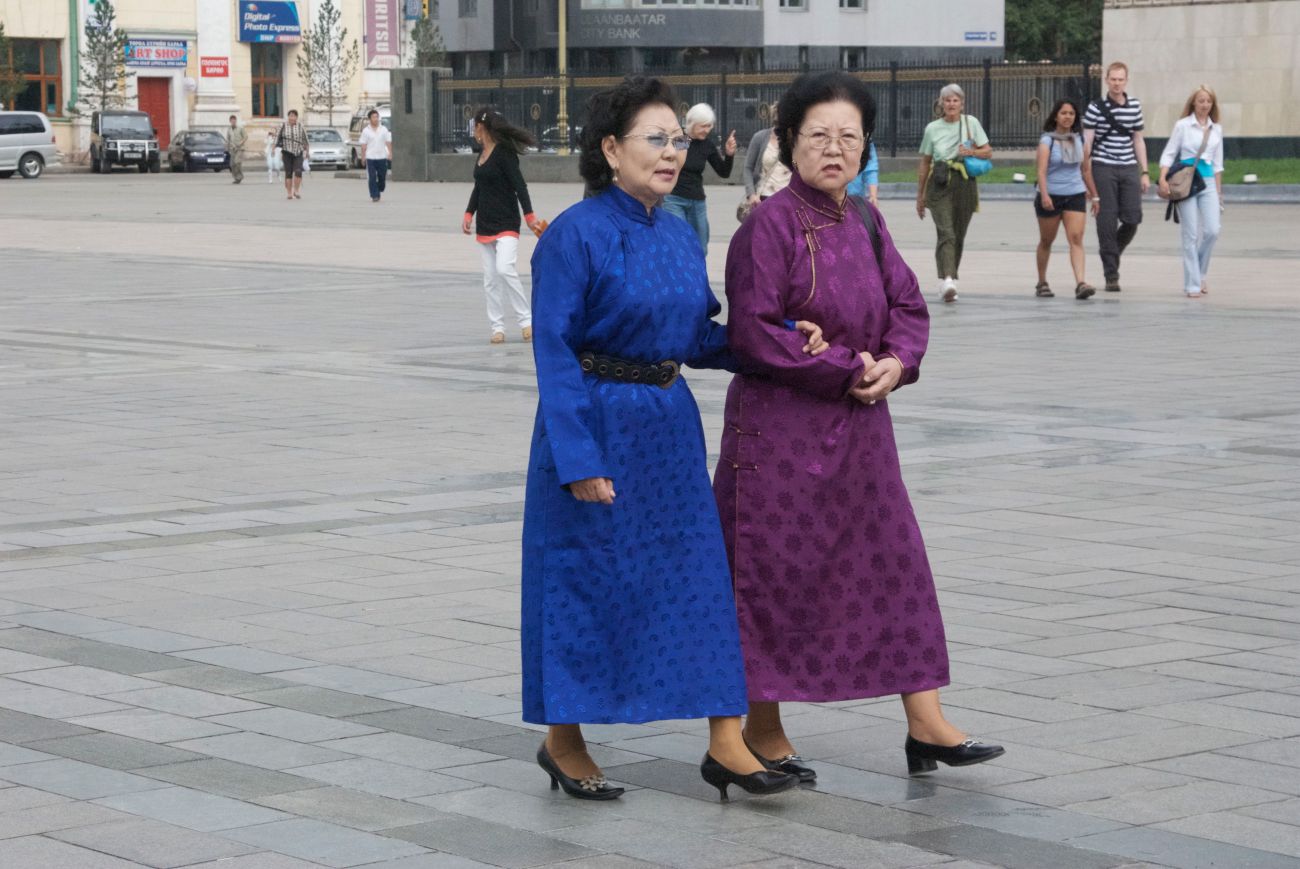 National Stadium before the crowds arrive 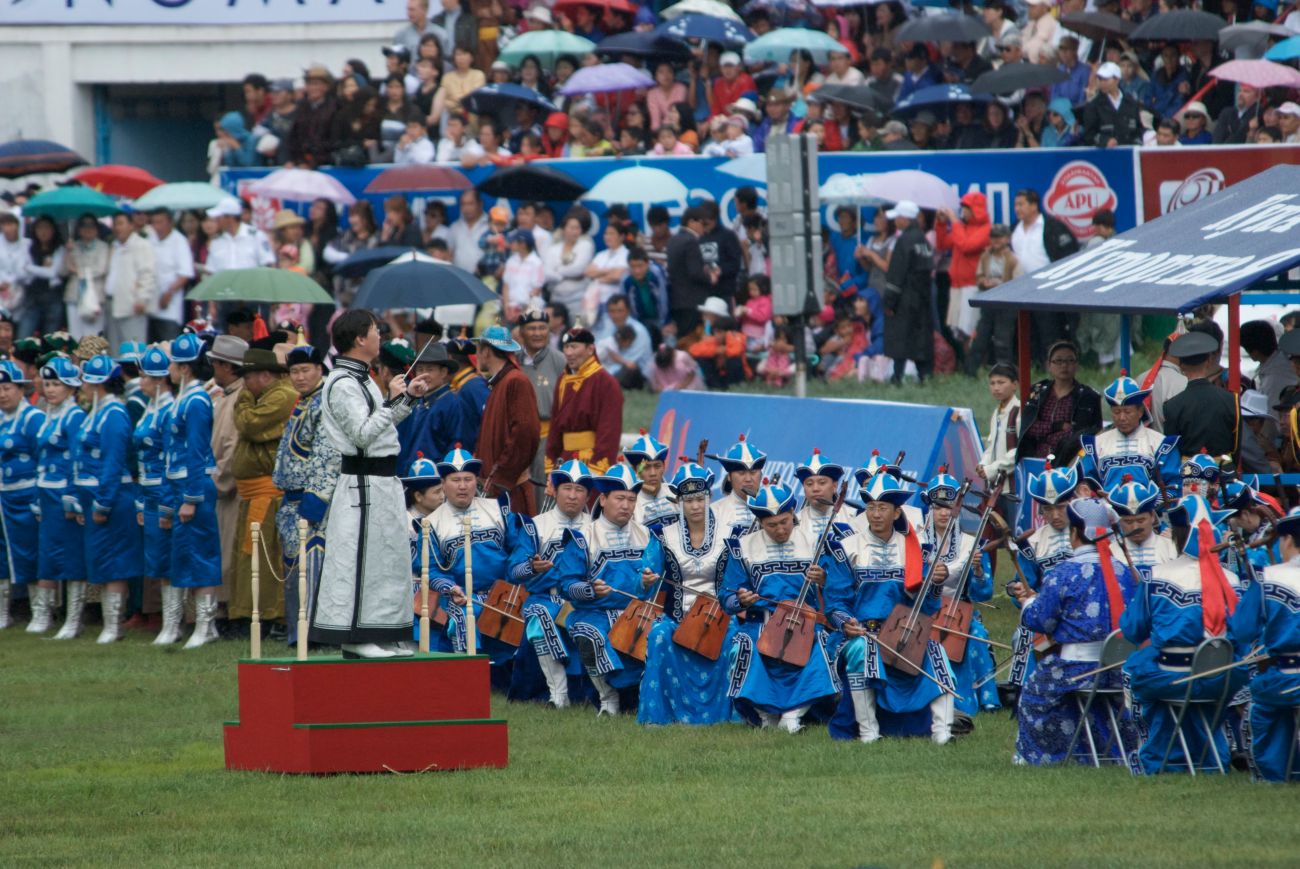 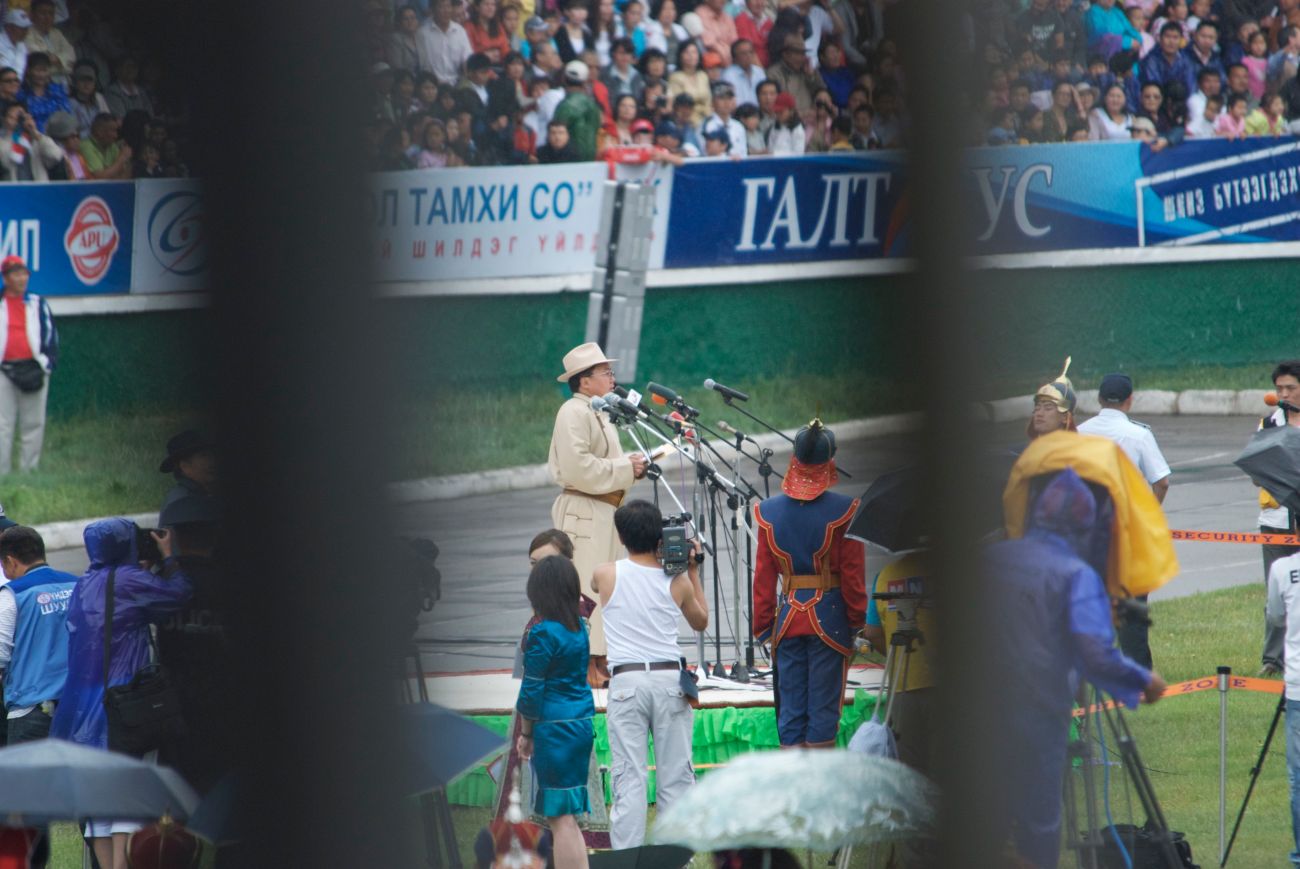 President of Mongolia addresses crowd; had to take photo through a support

Listening to the President 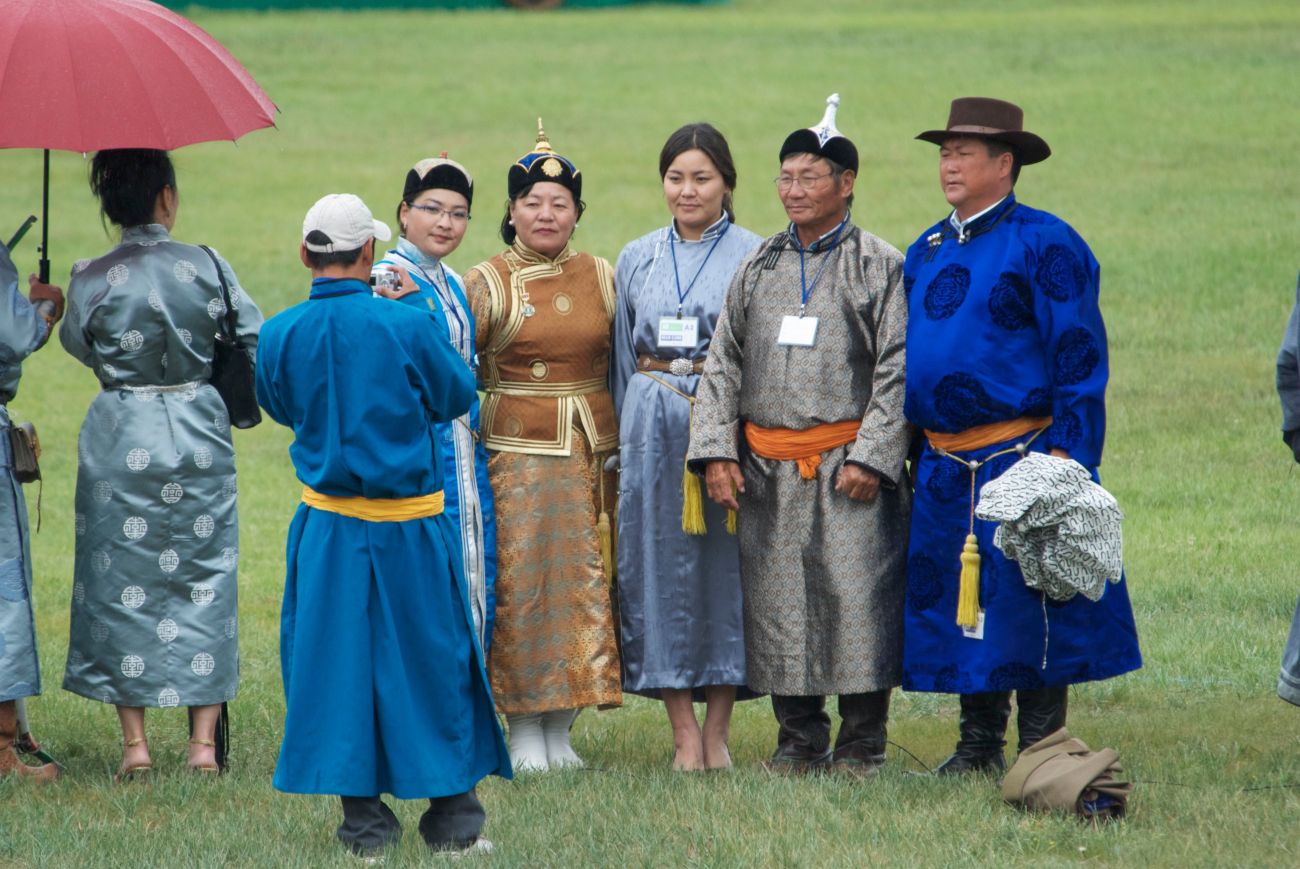 Balloons for sale outside National Stadium

Racers coming in; rain stopped shortly after I took this picture

Almost to the finish

Girls race right along with the boys

A group coming to the finish

Heading for the finish, but then it was time for wrestling.... 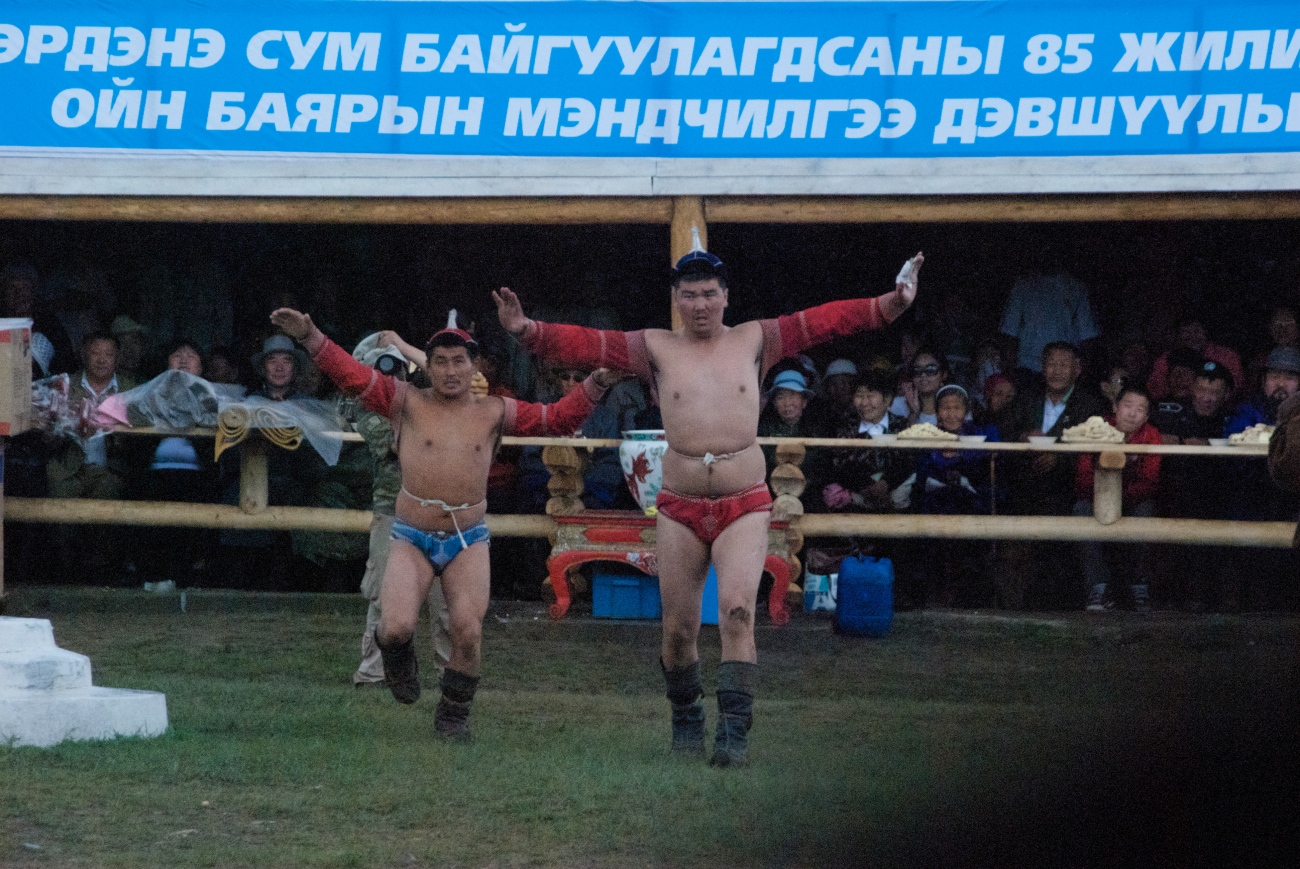 Group of riders; took a lot of horse and rider pics while waiting for race results

Waiting for the horse race results; then the winners started to appear

Jockey won a rug for mom

One of the racers

The winner of the race

Tour group in ger for "snacks" 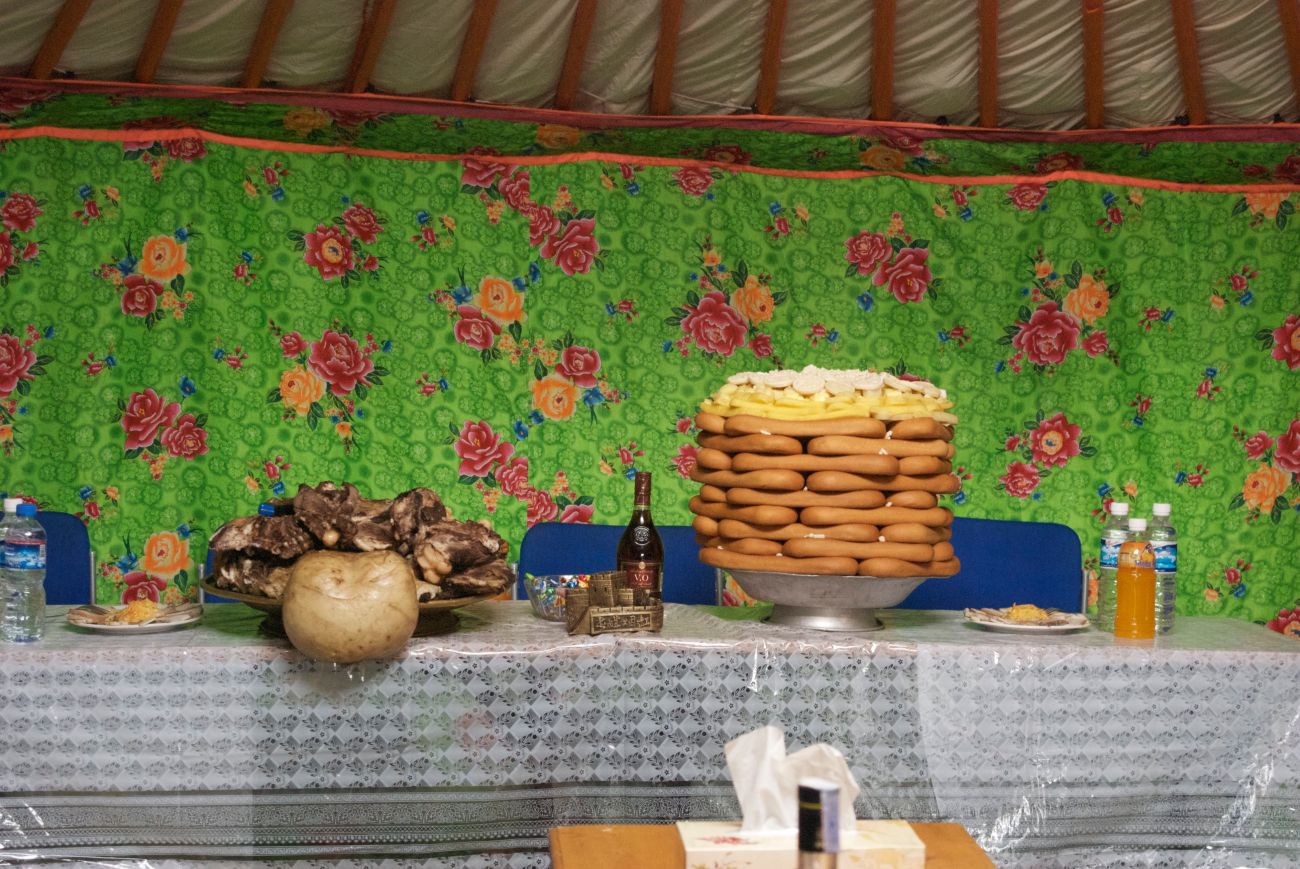 Giant Chinggis Khan statue facing towards his birthplace to the east