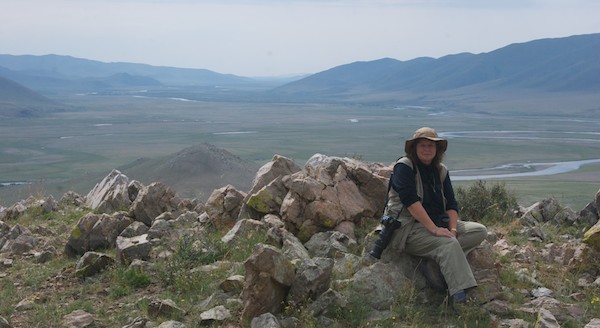 For the last few years I’ve done a post shortly before I leave about the new equipment and other items that I have purchased for the upcoming trip. Looking back on my previous posts, which you can see here, here and here, a lot of those things are still in use. I also did an overview of what stuff I take and why in 2010 and am interested to see what has changed and what has not. Mainly, I replaced my faithful, but heavy, MacBook Pro with a new MacBook Air. It’s what I use for primary image storage with an external hard drive for backup.

There’s really not much new for this year. The big purchase was a new sleeping bag. My five year old LL Bean Katadin rectangular bag had developed cold spots last year and holding it up to the light revealed that there was almost no down in some of the compartments. No wonder. But it did serve me well and can still work as a comforter for car camping.

I searched the internet and finally decided on a bag called the Nocturne 30 with a new design from a newish company, Nemo. REI had it and I found that it is one of Outside magazine’s top bags for 2013. And also a Backpacker magazine Editor’s Choice. I’m a side sleeper and hate mummy bags. Apparently I’m not alone. The “spoon” shape feels like it will work well. I can roll over and curl up just like in the old bag. I really liked the feel of the lining. It stuffs down nice and small. So now it will get tested in Mongolia, from the Altai Mountains to the Gobi.

I had to get a new iPad case to replace a now-defunct one that I really liked. After extensive research bordering on analysis paralysis, I picked a red MoKo Slim-fit iPad case based on function, price and the reviews on Amazon. So far I’m quite happy with it. The fit, even with just the stiff tabs to hold the iPad in it, is secure. The cover folds all the way back flat. The grip strap is handy. The bottom comes loose easily for propping it up. The channels are deep and solid enough that the iPad doesn’t slip around.

Finally, I needed a case for transporting artwork on the plane and I’ll have more to say about that soon. After a LOT of searching I found the Trans-Port Shipping Case from Archival Methods. It looks like it will do what I want, which is to check it as one piece of luggage which will be within the size and weight limits. It’s foam-lined polyethylene plastic and is much, much less bulky than the alternative, an Airfloat Strongbox crate. Checking or shipping artwork is a risk no matter what, but taking it with me is better than trying to ship it. There are still serious reliability problems with shipping to Mongolia, sad to say.

As a final note on one item from the overview post, I was not able to unlock my iPhone in Ulaanbaatar and have continued to use my old Razr. But the other day I asked on the Facebook Mongolia Expat Group page if anyone knew how to get a phone unlocked. In less than an hour I had a message from an expat offering to help and giving me the link to a website where one can do it for $1.99. I went through the process with my husband as back-up since he is far more savvy about this stuff than I am and we think we’ve done it. The unlock was successful, but I won’t know for sure until I get to Ulaanbaatar and stick a non-AT&T sim card in it. But I am cautiously optimistic that I will have finally joined the smartphone age when I’m in Mongolia.