Personal and Professional Essentials For Traveling In Mongolia

But first, to help everyone get in the mood for Naadam, which begins a week from tomorrow, here’s a terrific music video from Nomin Talst called “Minii Mongol Naadam” or “My Mongol Naadam”. This is a great example of why I love Mongolia: On Monday, I’ll do my […]

As promised last week, here’s look at two items I recently purchased for my next trip to Mongolia. In both cases, they are “upgrades” that I hope will perform and function better than what I’ve used in the past. First up, my new camera/day pack. I’ve used a […]

If you’re watching the Olympics you know that it sometimes seems more like ads interspersed with some sporting events than the other way around. I’ve also realized that I don’t know how argali sheep are put together as well as I need to, especially the legs, and I’ve […]

“Flipped” Out and Got a Flip UltraHD

I’ve gone back and forth over whether to add some way of shooting video on the upcoming trip to Mongolia. I looked at “real” camcorders and finally decided that another $600 and hauling a third thing that is bigger than a Nikon just wasn’t in the cards. But […] 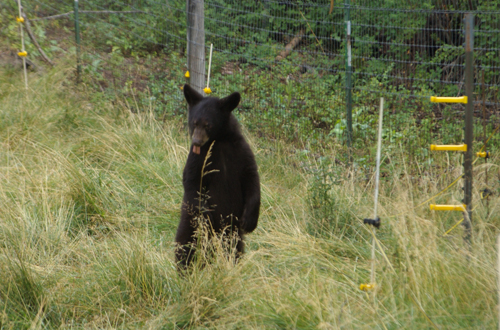 Should Artists Go To Game Ranches To Shoot Reference?

Every artist and photographer will have to decide for themselves.  For me, after having been to two of game ranches and having been involved in animal welfare and rescue for the past four years, the answer is “no”. I do want to make the point, as did Mangelsen, […]

I probably should have run this post last week before Hallowe’en, but, in any case, here’s a variety of the insects that I’ve seen in Mongolia. Not all that many and I don’t know what the species are. Field guides are kind of thin on the ground for […]

BACK YARD BIRD LIST Red Crossbills showed up at the sunflower seed feeder yesterday and made a serious dent in it. A group came through last fall, but moved on after a couple of days. We’ll see how long these stay. The goldfinches and sparrows are emptying out […]

Took the Nikon D70 and lens in to our local camera store. Classic good news and bad news. The lens is fixable and is being fixed. The camera body could have been, for half what it cost new, and then I’d have a repaired (after having hit the […]