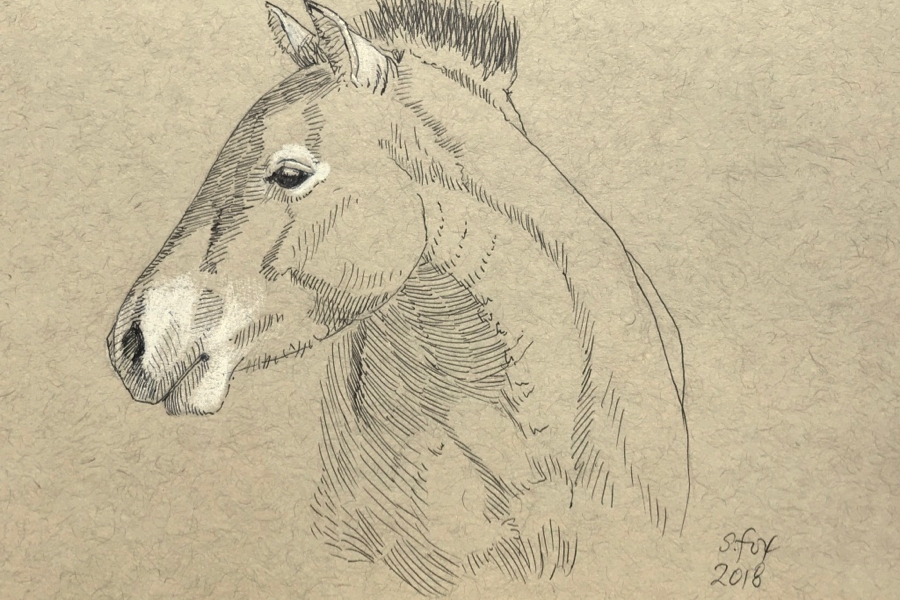 Inktober 20- “Khomyn Tal Takhi Mare” I’ve been to the Khomyn Tal takhi reintroduction location in northwestern Mongolia twice. Once in 2006, two years after it was established, and again in July 2015. Takhi/Przewalski’s horse (Equus ferus) are the world’s only surviving species of genetically wild horse. I […]

Inktober 19- “Dragonfly” One of the first things we did when we bought our one acre property over ten years ago was to put in a big pond, almost 40×40’. Within a couple of months two species of frogs, Pacific tree frogs and endangered red-legged frogs, showed up. […] 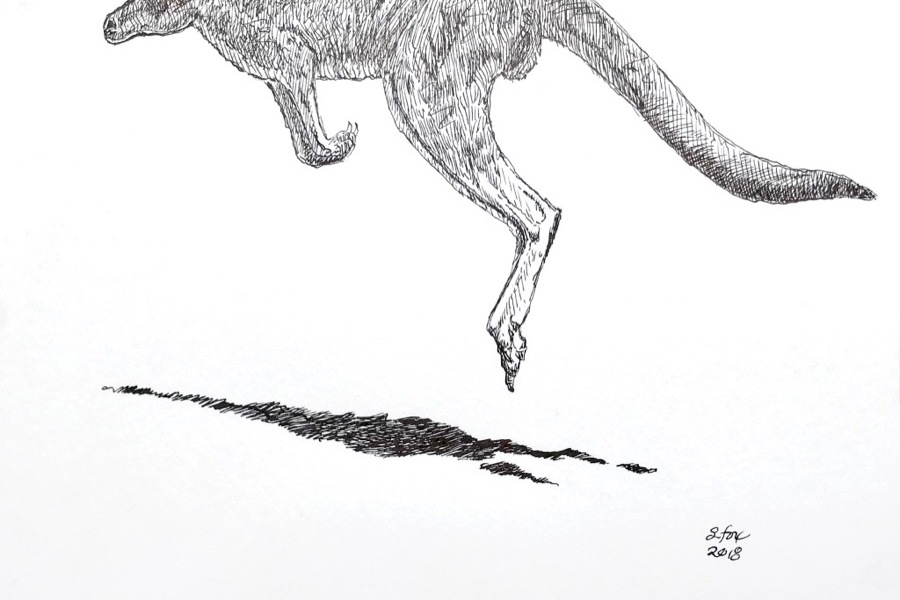 Inktober 18 “Kangaroo” Today’s piece is, like the gorilla, doubling as a study for a painting. Photographing the kangaroos at the San Francisco Zoo some years ago inadvertently ended up with this cropping, which I really, really liked. Tried out a looser outline and line work just for […]

Inktober 16 “Bison”– I love drawing bison! Especially the big bulls who are attitude from one end to the other. I saw this one in Yellowstone National Park. Went international with the supplies this time…a Yaroslawl “Orgtechnika” nib from a Ukrainian seller on Etsy. The nib has a […]

Inktober 15- “River Otter” Spent quite awhile watching this river otter on the bank of Big Lagoon, not far from where we live. I used a Gillott 404 dip pen nib, Higgins Eternal ink in a Stillman & Birn Delta series sketchbook.

Inktober 14- “Giraffe” I really loved the curve of his neck and the light and shadow pattern in my reference photo. This is the third of the toned papers I’m trying out for Inktober, a Stillman and Birn Nova series sketchbook. I used a Gillott 303 EF nib […] 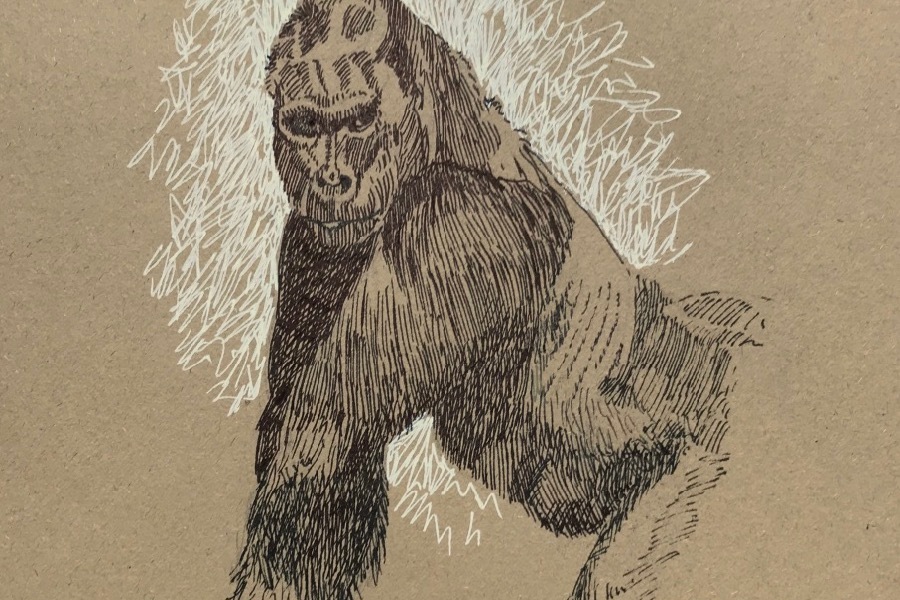 Inktober 13- “Gorilla”– This is the silverback western lowland gorilla, Oscar, who lives at the San Francisco Zoo. It’s a preliminary study for a painting that also let me continue to explore combinations of toned paper and both black and white pen and ink . I used an […]

Inktober 12- “Short-tailed Stoat”– So…this one is an experiment from one end to the other. Of course if it had been a Fail, y’all would never have seen it. This stoat was one of a colony that kept me thoroughly entertained popping up and down in the rocks […] 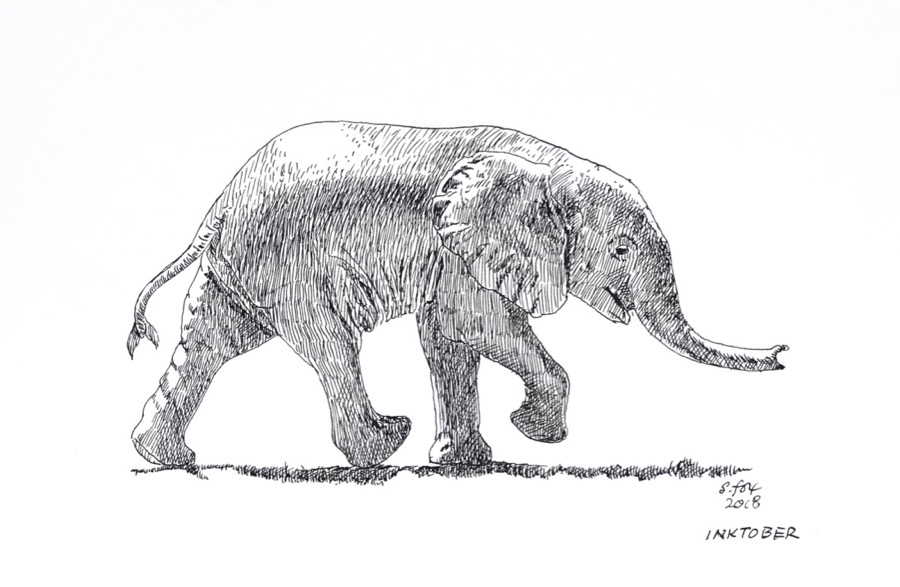 Inktober 11- “Baby African Elephant”– Finally have gotten started using my dip pens! I saw this baby elephant at the San Diego Zoo Wild Animal Park some years ago. I’v e also seen them in Kenya. They always make me think of that wonderful piece of music from […]

Inktober 10- “Gull”- This one is doubling as a preliminary study for an upcoming painting that will be entered for a juried exhibition. Copic 0.1 pen in a Stillman and Birn Zeta series sketchbook.