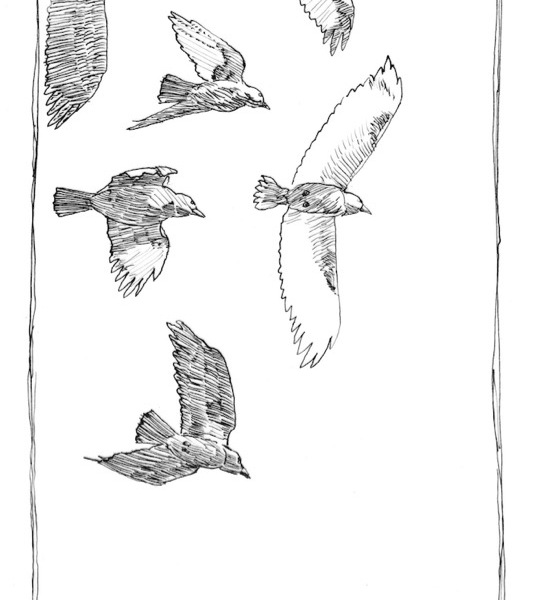 I’m excited about doing this new event from the folks who also created Inktober. It’s called Inktober52. As in a drawing a week for a year. Due to upcoming travel I’m pretty sure I won’t manage the full year but I’m going to do my best. They’re emailing […]

I’ll have some paintings to show soon, but lately I’ve been mostly diving into dip pen and ink sketch studies, trying out various nibs I’ve been accumulating for the last year. I used dip pens for calligraphy and drawing back in the 1970s/1980s, but moved away from pen […]

As I did last year, I’ve donated two pen and ink originals for the Explorers Club Annual Dinner auction. This year I decided to do birds that I’ve watched and photographed in Mongolia.I’ve seen little owls a number of times in a variety of locations…perched on a herder’s […]

Before the end of the month I’ll be debuting a new website dedicated to sketching called “SketchWild”. It will include not only my field and travel sketching and painting, but also art supply reviews, tutorials and online classes. 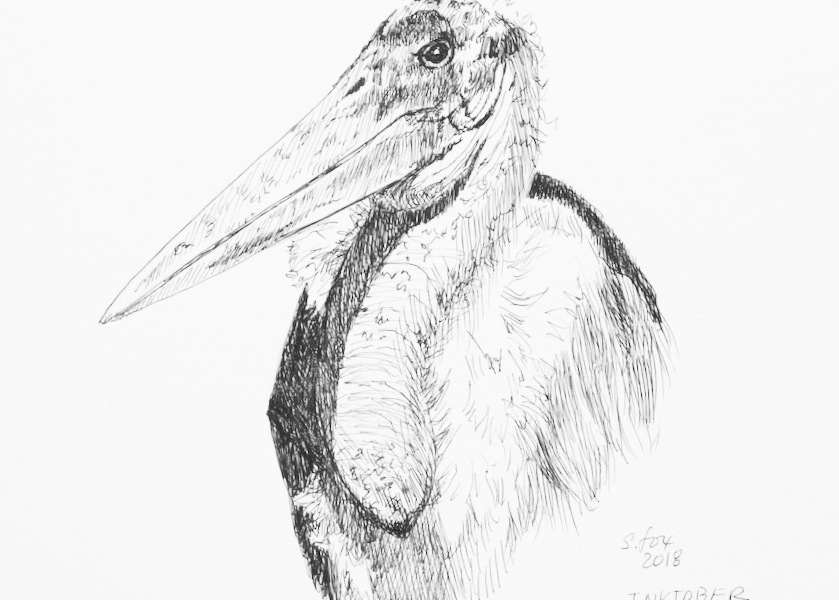 Inktober 5 – “Marabou Stork” Moving on now to my fountain and dip pens. I saw this marabou stork on a 2005 art workshop/safari in Kenya. He was one of a number storks and lots of vultures hanging around a cheetah kill. I used my Pilot EF pen […] 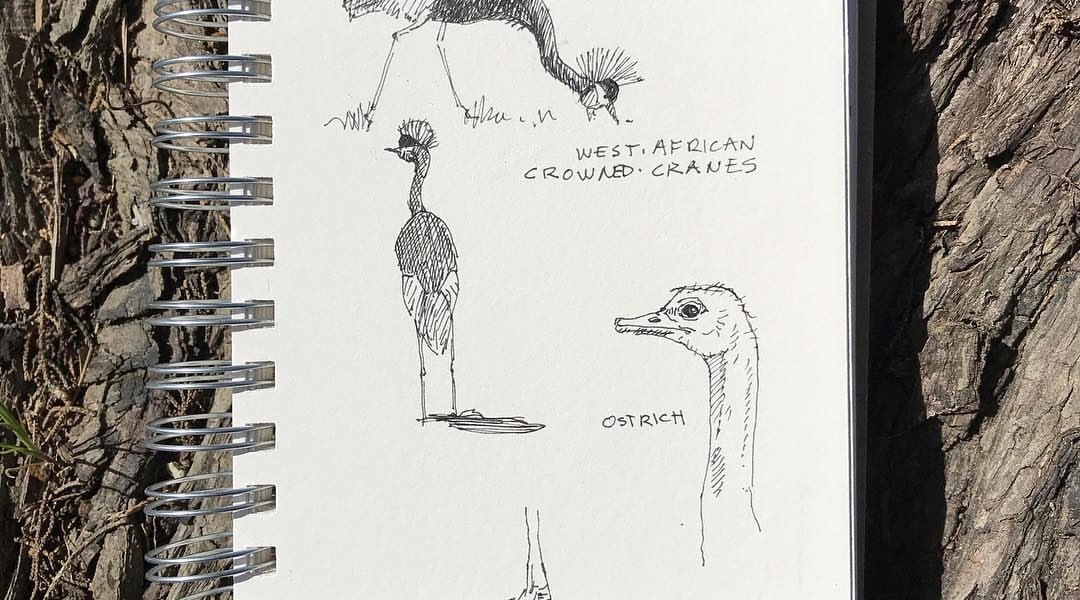 In the Field: I Go To A Plein Air Workshop With Paul Kratter; But First, A Stop At The San Francisco Zoo

Paul gets the workshop under way with a demo at Carmel River State Beach. I headed down the road April 21 for a plein air workshop with an artist I’ve admired for some time, Paul Kratter. I’ve always been sorry that I missed having him as an instructor […]

I’ve started a series of three small paintings of Mongolian race horses and thought I’d share the step-by-step of doing more than one painting at a time. First up was to choose my reference photos, picking three heads that would work together in a group. I generally never […]