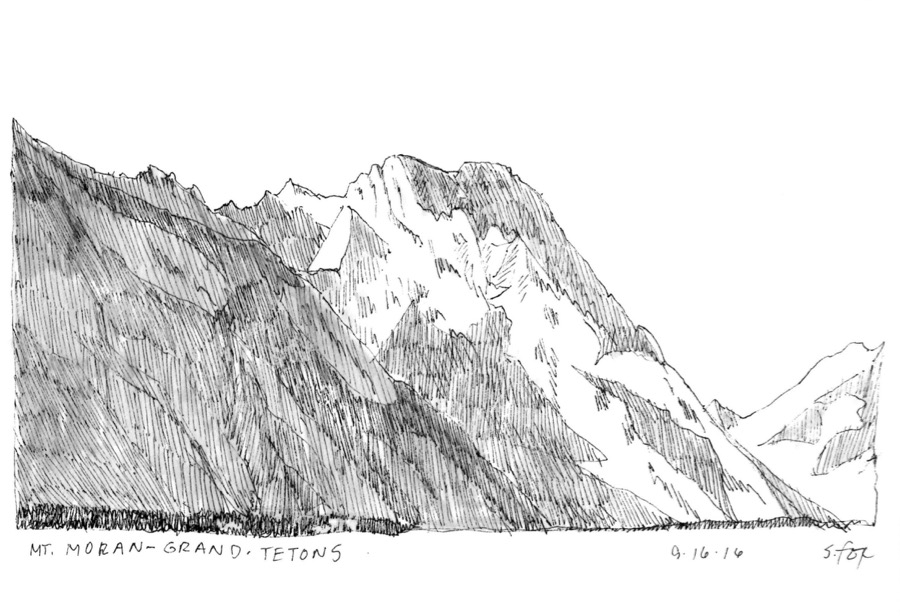 I got back home at midnight last Saturday from two days in Grand Tetons National Park and five days at the 15th Annual Susan K. Black Foundation workshop. Both were a resounding success. You can read about my time in the park here. This post is about the workshop, which I’ve attended four times in the past and plan to go to next year.

All the previous instructors had been invited and almost all of them where there, including nationally known artists like James Gurney, John and Suzie Seerey-Lester, Greg Beecham, Mort Solberg, David Rankin, Jeanne Mackenzie, Andrew Denman, Guy Combes, Ann Trusty Hulsey and John Hulsey, all of whom I know personally or have studied with or both.

One of the main events is the Quick Draw, a traditional name but almost every artist at this workshop did paintings. Here’s some photos of the event in action. It’s followed by sketches and watercolors that I did in the Grand Tetons and EA Ranch.

James Gurney, known best for his “Dinotopia” books, painted a portrait of this pronghorn antelope in casein, gouache and colored pencil

David Rankin, who I worked with most during the week (more on that in a future post) painted an osprey

Guy Combes did a lovely painting of a cheetah 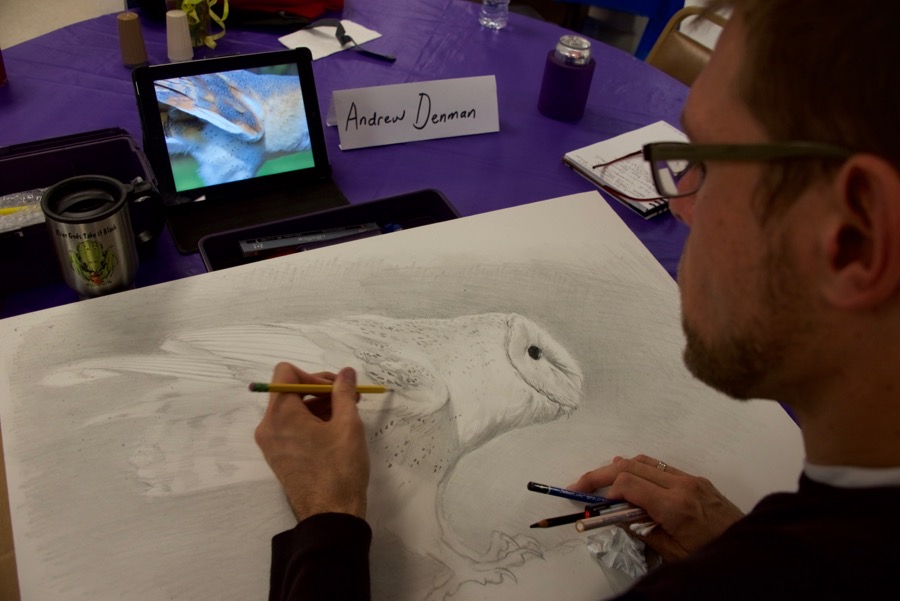 Although he’s better known for his sculpture, John Phelps painted a portrait the old-fashioned way…from a study drawing 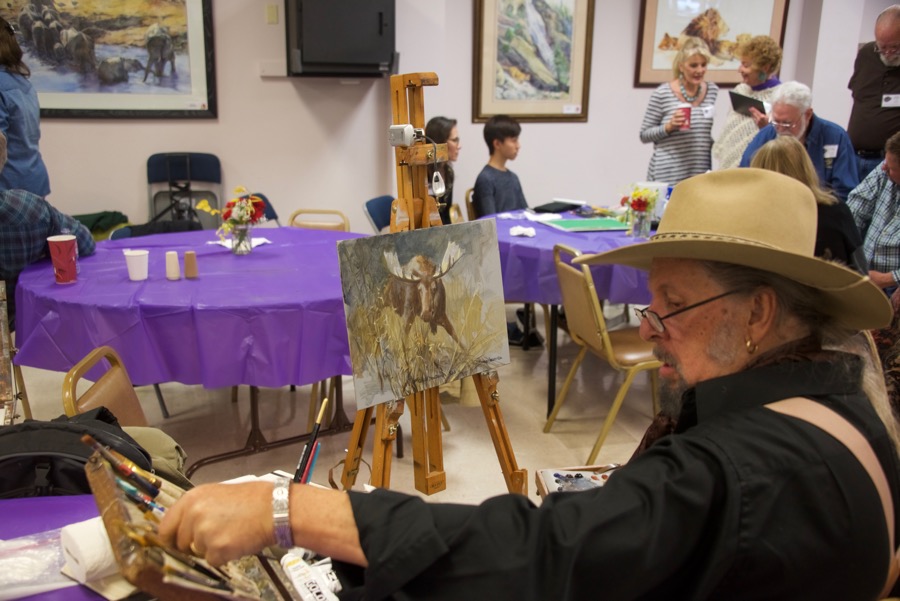 John Seerey-Lester chose to paint a moose, one of the very popular animals to see in the Grand Tetons

John Hulsey who, with his wife Ann Trusty Hulsey, publish the online art website and newsletter The Artist’s Road, went for a late light landscape in watercolor 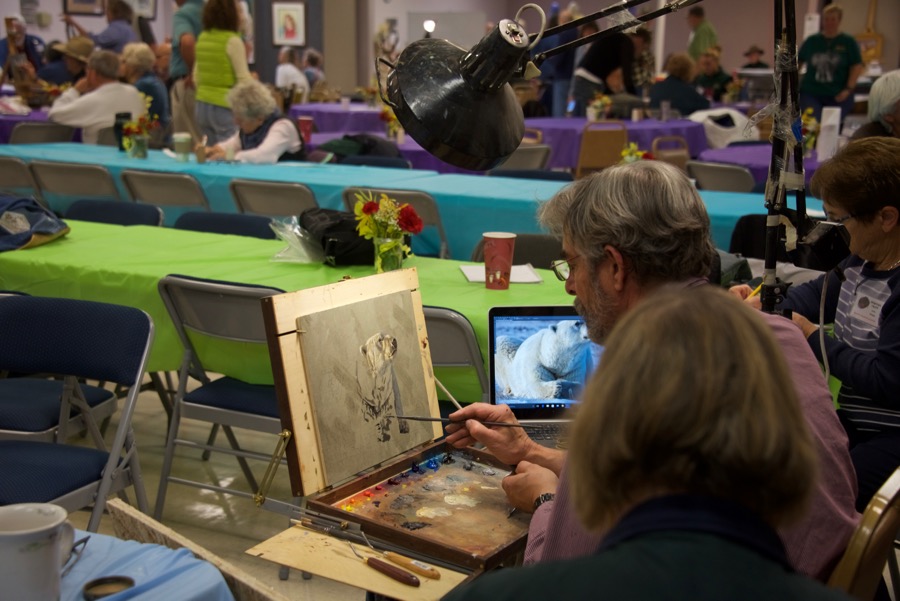 Greg Beecham chose to paint a polar bear, bringing in the whites over a toned canvas

The weather was partly cloudy while I drove around Grand Tetons NP, which meant interesting light that could change very quickly. The aspens and cottonwoods were turning to their fall colors, too. All in all a perfect time to be there.

Both of the first ones were painted over the course of a couple of hours along the Moose Wilson Road. 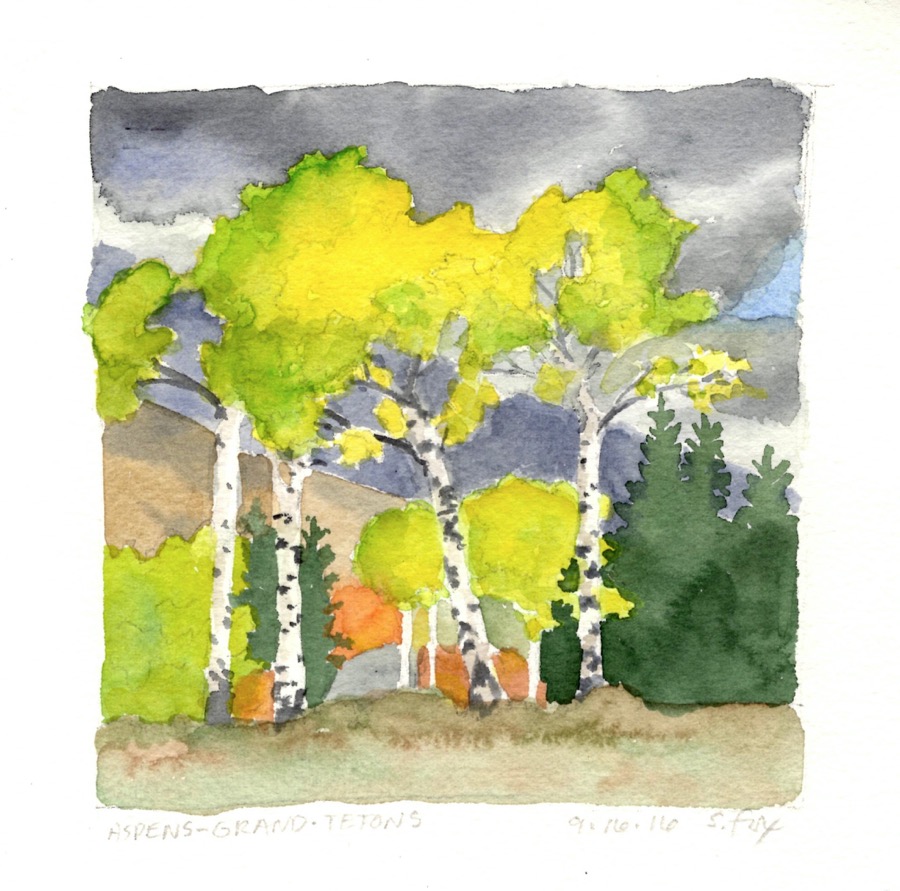 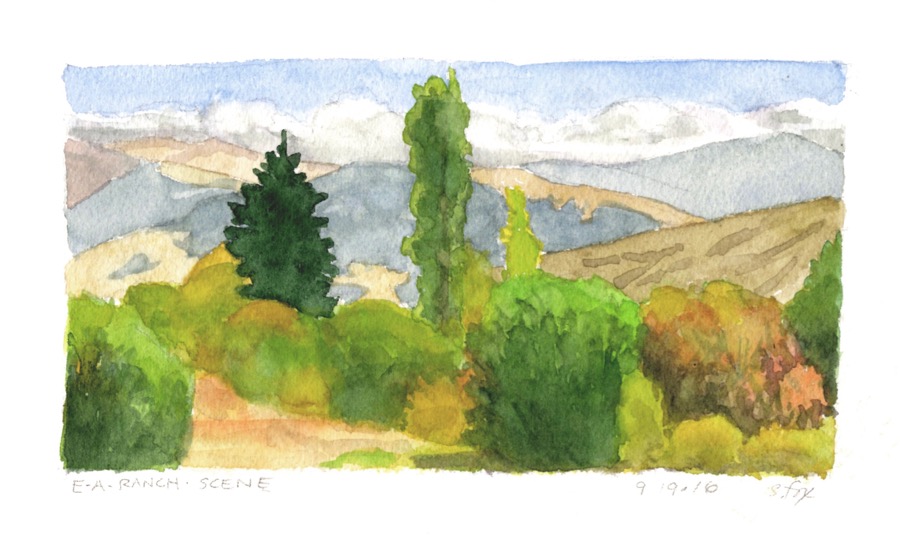 Pen and ink sketches- same media as above

Contour sketches at SKB- same media as above 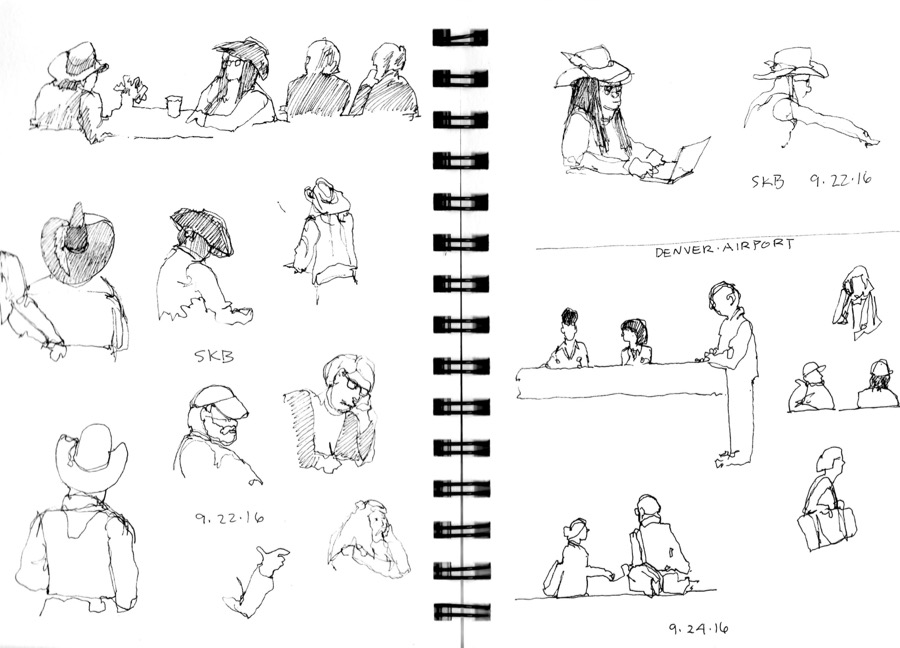 Contour sketches, SKB and the Denver airport- same media as above