Obviously, everyone knows what has happened in Paris and my thoughts are with the Parisians and French people. I’ve only been to Paris once, in December 1996. My husband had business-related meetings so I had the better part of a week to wander the city. Paris is one of those places that will exceed your every expection and then some, even on wintry cold days. One of the highlights was the location of the group dinner that the people who were hosting the meeting arranged. A once-in-a-lifetime experience since it was in the entry atrium of the Louvre. Under the Pyramid. Followed by an after-hours tour of highlights like the Mona Lisa, Venus de Milo and Winged Victory. I’d been in the museum all that day and certainly didn’t mind see those iconic works of art in the quiet and lack of crowds.

It had turned out that at some interval, once a week or once a month, I don’t recall at this point, artists were allowed in to set up their easels and make copies of the master works. This is a traditional way of learning to paint in oil and one that I did with a private instructor for two years albeit from prints, not originals. I took photos of a number of the artists at work.

This artist is starting on a copy of one of my all-time favorite paintings: “Madame Recamier” by Jacques-Louis David. She was a most remarkable woman. You can read more about her here.

“La Grand Odalisque” is one of Ingres most famous paintings, done during a time when the Orientalist part of the Romantic Movement was in full swing. Exotic eastern locales and paintings with harem themes were very popular. More about it here. 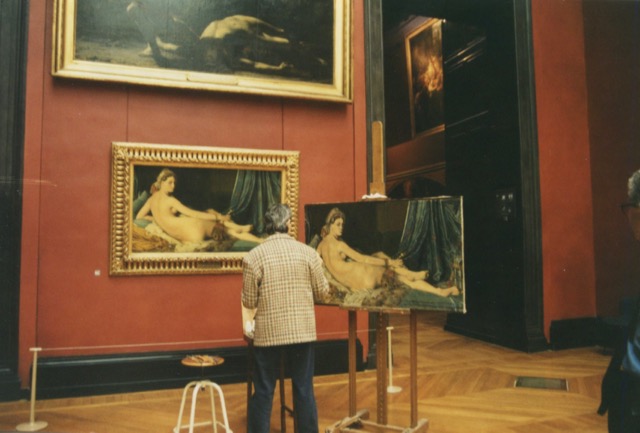 This enormous painting, “The Coronation of the Emperor Napoleon I and the Crowning of Empress Josephone in Notre-Dame Cathedral on December 2, 1804”  is also by Jacques-Louis David. The artist has wisely chosen to focus only on Josephine as she kneels before Napoleon to receive her crown. In a time when there was no television or film, this is how major events, including battles, would be visually recorded for posterity. David was there, having been commissioned to create this epic work. Here is what the Louvre has to say.

I’m sorry to say that I can’t identify this painting or the artist.

Long shot of one of the galleries where artists were working. If I ever get back to Paris I will try my best to be there when I can do this. 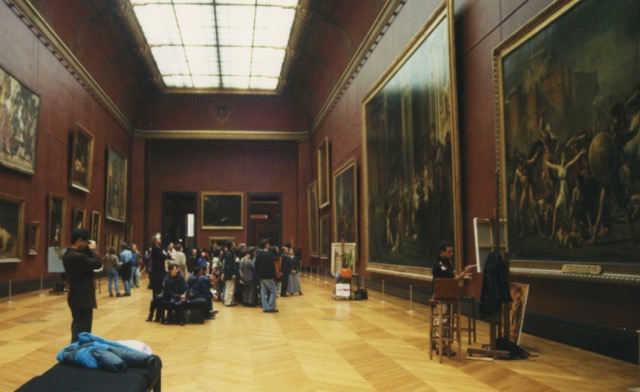 On another day I worked my way from the top floor to the ground floor at the Musee de Orsay and came upon an artist painting a copy of one of Monet’s water lilies works.

When not in one of the art museums I wandered about the city, photographing whatever caught my fancy, like these water spouts on the side of Notre-Dame Cathedral. 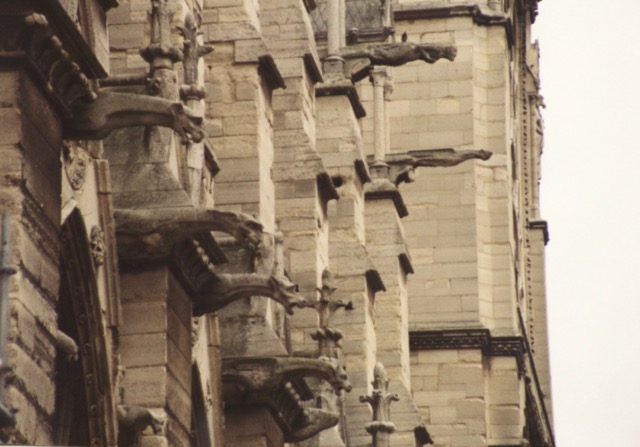 Across the river from Notre-Dame were vendors selling everything from newspapers to books to stamps to art. 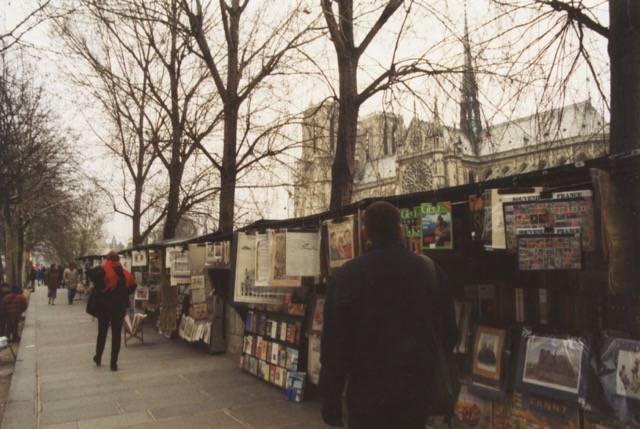 On my last day, a very cold and drizzly one, I took the Metro to the famous Montmartre district, home of Henri de Toulouse Lautrec, whose originals I had finally gotten to see at the Musee de Orsay, having adored his work since high school. It’s one of the few districts in Paris that still has the original and fabulous Art Nouveau entrances. 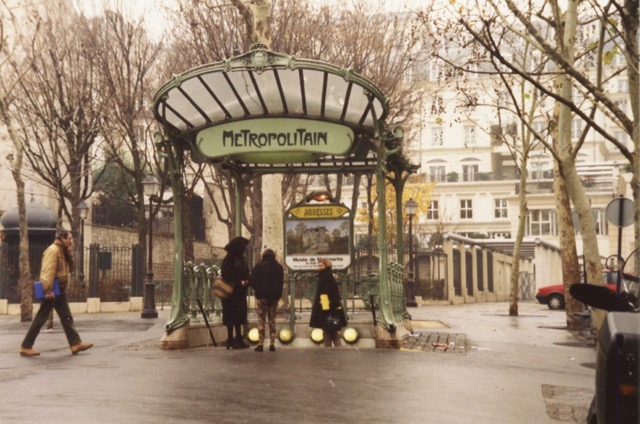 And even on a day like that the artists were out painting and selling their work.

I loved ambling about these old narrow, windy streets. 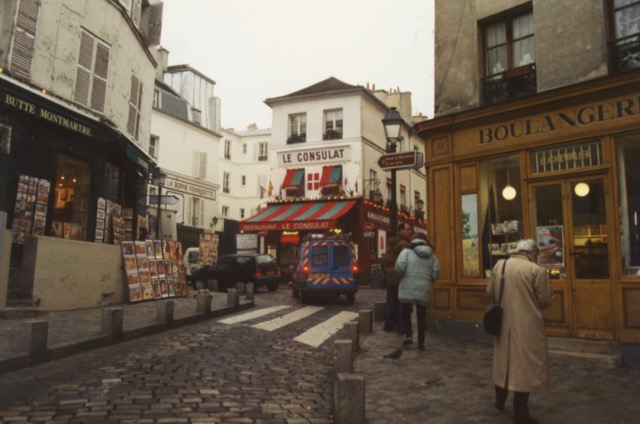 A close-up of the panel of art prints that can be seen on the right in the photo above.

I even got to see a Montmartre cat.

Since it was December, one saw holiday decorations everywhere and, look!, there’s Pere Noel. Three of “him”! 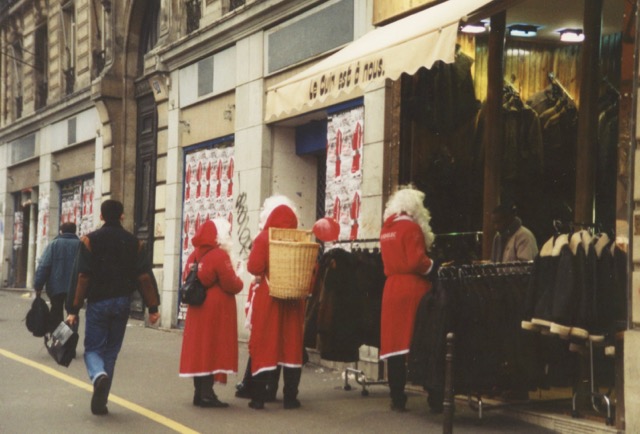 So, while it is a sad time in Paris right now and I’ve only spent a little time in France, I know that the French are indomitable and will not let what happened change who they are. Joyeux Noel!

The Winged Victory in the Louvre

(All the photos were shot with a Nikon N2000 film camera and scanned from 4×6″ prints, then adjusted in Photos.)